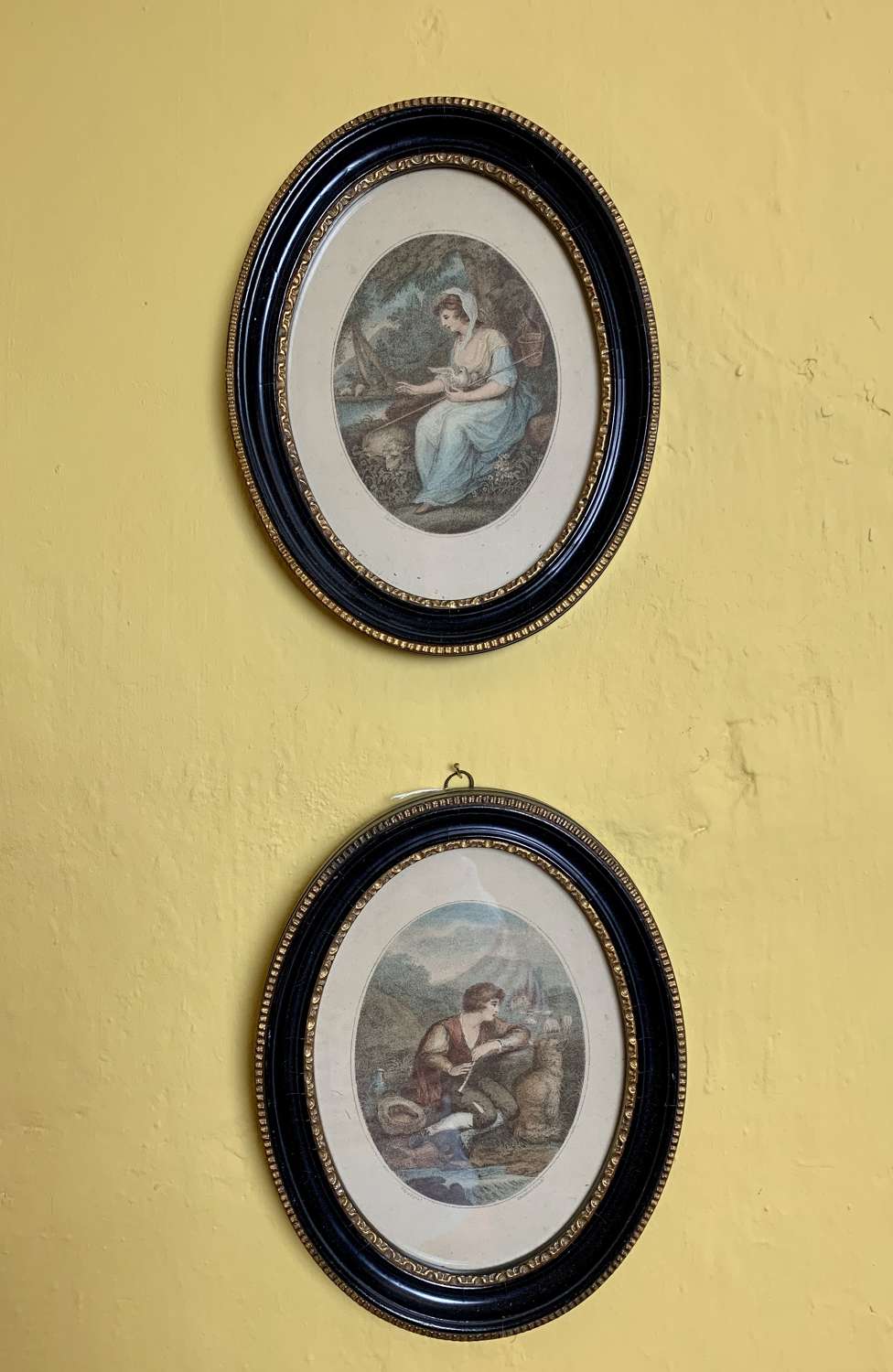 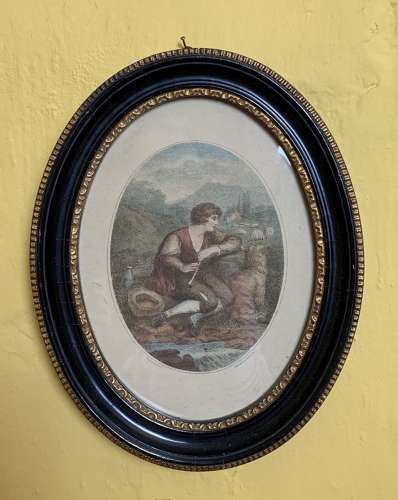 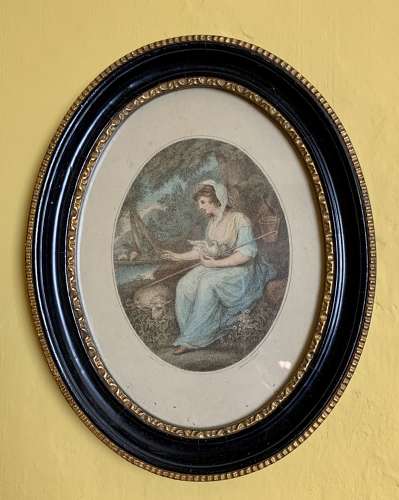 A pair of coloured stipple engravings by Francesco Bartolozzi (1725 – 1815) after the original paintings by the English genre painter John Hodges Benwell (1764 - 1785).

The charming engravings depict Fonrose and Adelaide, lovers from the hugely popular romantic novel popular in Europe towards the end of the eighteenth century.

It tells the story of a young French aristocrat, Adelaide who renounces her position and lives a rural existence as a shepherdess. She finds happiness after revealing her true identity to the French nobleman, Fonrose.

Adelaide is depicted sitting in a rustic setting with a crook resting on her lap, a ewe beside her with more sheep beyond. She holds a dove in her hand continuing the love allegory. Fonrose is depicted as shepherd boy resting by a stream in a rocky landscape, his dog beside him monitoring a flock of sheep beyond. He holds a flageolet in his hands.