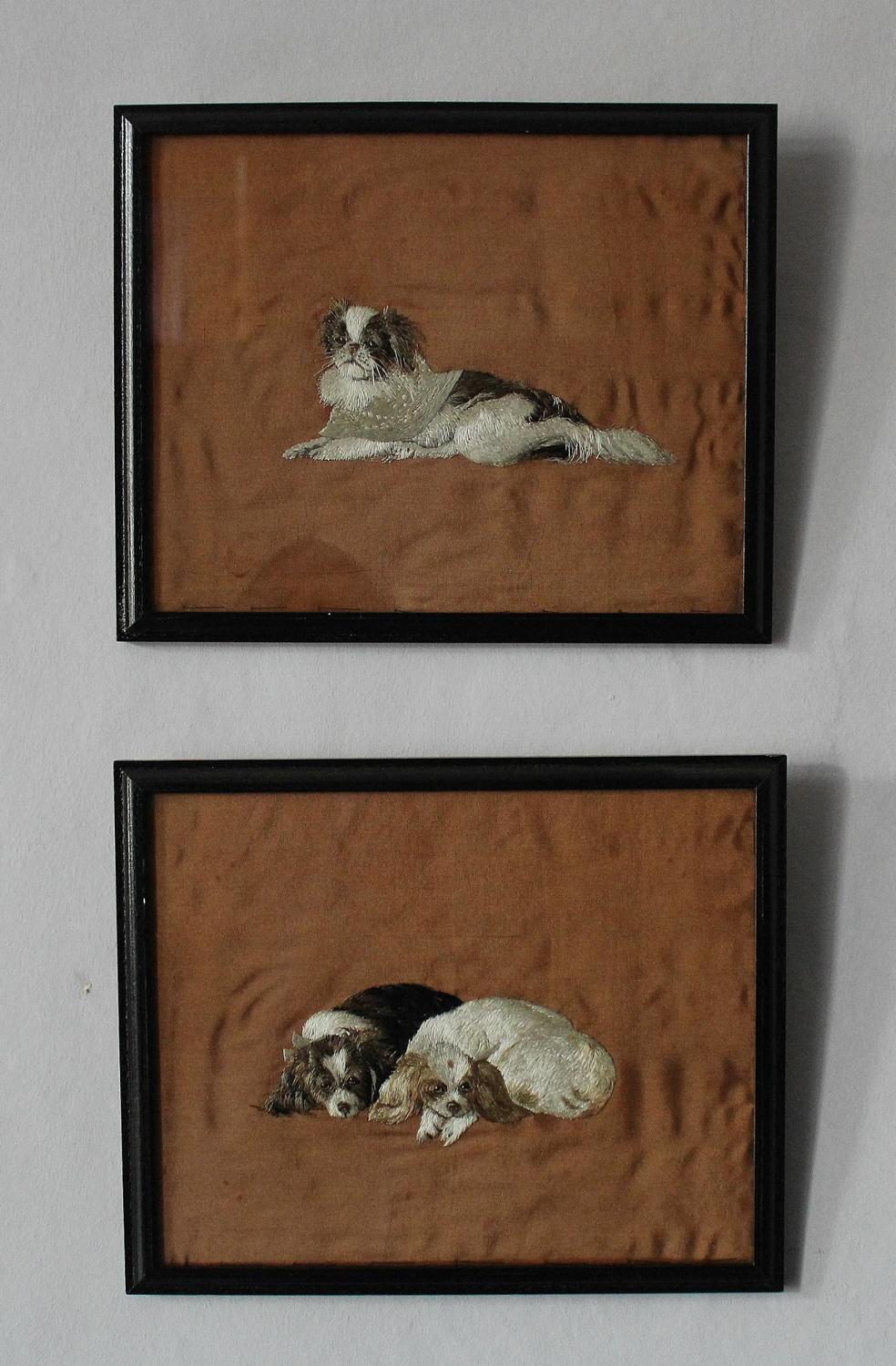 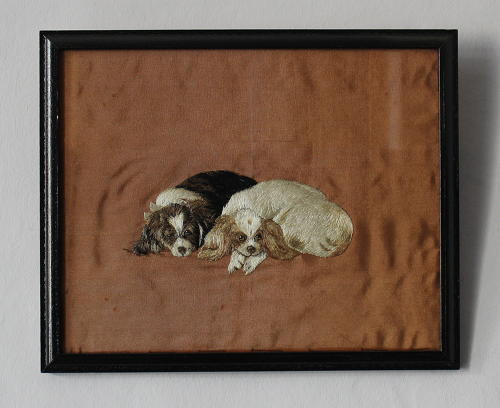 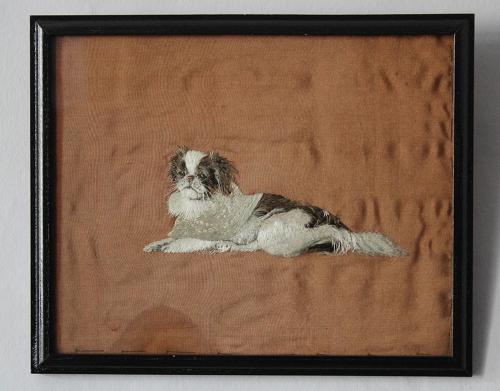 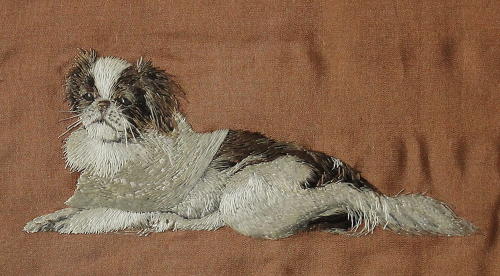 A pair of Japanese Meiji period silkwork pictures, early 20th Century, worked with silks in tones of browns, black and white on an ochre coloured silk ground, one depicting a Pekinese the other a pair of Spaniels in the manner of Landseer.

In overall good condition with no fading. The Pekinese example has a stain to the silk at the bottom left but this appears much more noticeable in the photograph than in reality.  Later framed.