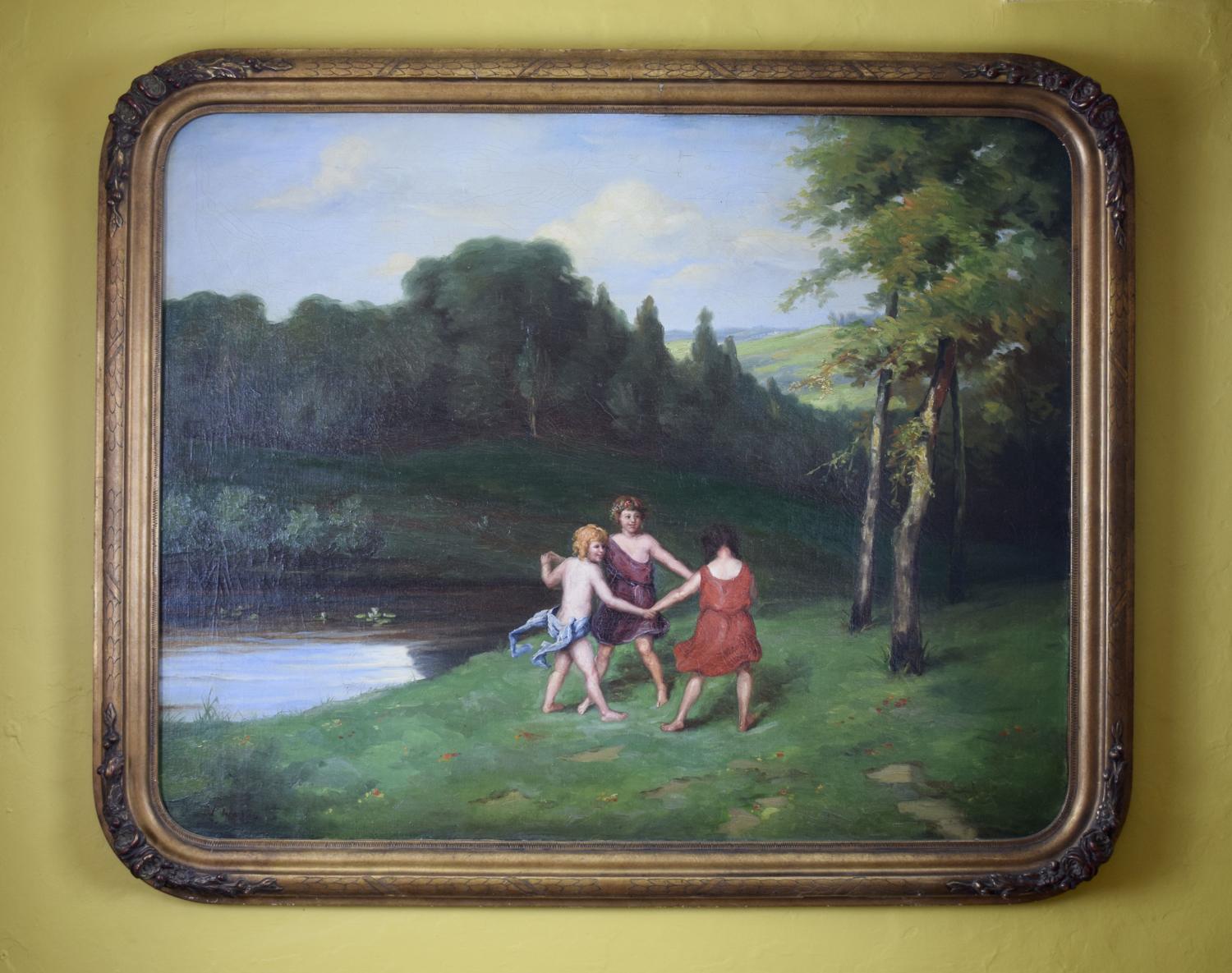 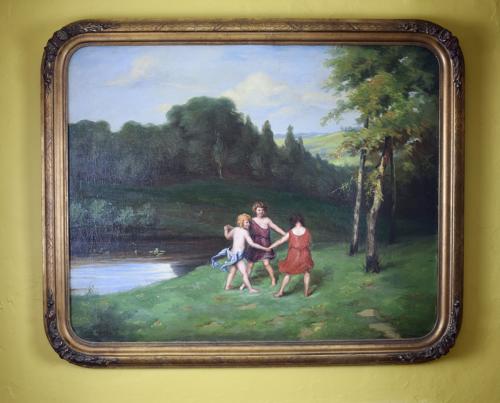 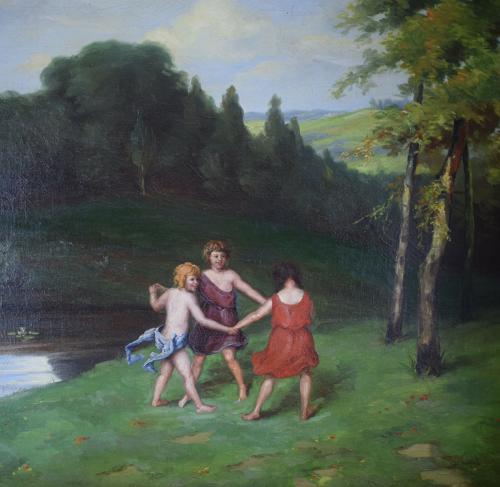 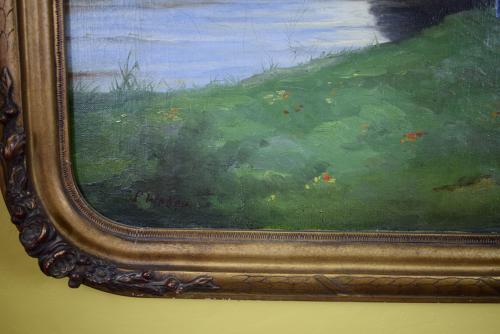 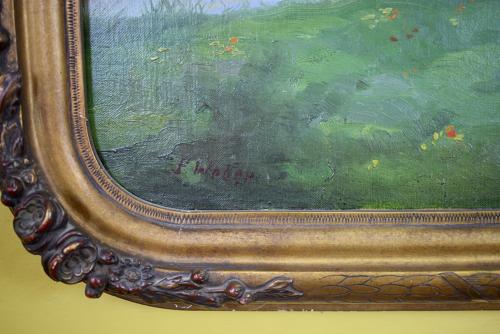 (Gottlieb Daniel) Paul Weber (German 1823 - 19160, Young nymphs dancing beside a river in a wooded landscape with fields beyond, oil on canvas laid down on board, within original gilt frame with foliate decoration at the rounded corners.

Paul Weber is primarily known as a landscape painter. Born in Darmstadt in 1823 he was the son of the composer Johann Daniel Weber. He studied art in Frankfurt at the Städelschule from 1844 to 1848 and then with Josephus Laurentius Dyckmans in Antwerp. He went on to study at the Munich Academy, during which time he accompanied Prince Regent Luitpold of Bavaria on a trip to the Eastern Mediterranean, which led him to Constantinople, Asia Minor, Greece and Sicily.

In 1848 after the collapse of the German Republic, he moved to the United States, settling in Philadelphia, where he was a frequent exhibitor at the Pennsylvania Academy of the Fine Arts from 1849 onward. He also exhibited at the National Academy of Design, the Brooklyn Art Association, the Boston Athaeneum, the Washington Art Association, and the Paris Salon. Among his students in the class of landscape painting were William Trost Richards, William Stanley Haseltine and Edward Moran. He influenced the Hudson River School.

In 1858 he returned to Darmstadt via Scotland and France, spending some time at the Barbizon school. At the court he worked mainly as a lecturer of Princess Alice, privately he also taught Phillip Röth, who had married his daughter Pauline.  In 1872 Paul Weber moved to Munich, the German art metropolis at that time. He painted urban genre scenes and the rural landscape around Munich. He also continued to travel extensively throughout Europe and the United States.

He exhibited widely during his lifetime and won many awards including a Silver medal at the Academy of Fine Arts Philadelphia in 1858 and a gold medal at the Crystal Palace exhibition of 1865. His works can be found in many public institutions including the Corcoran Gallery, Washington, the Pennsylvania Academy of Fine Arts and the Metropolitan Museum of Art New York.