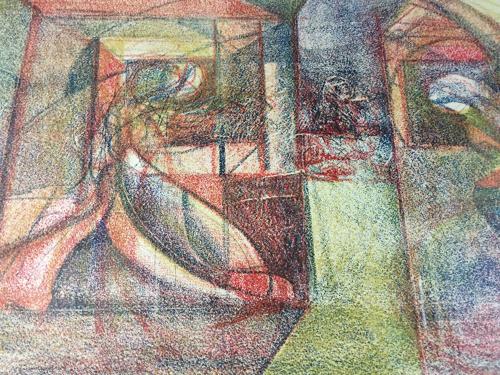 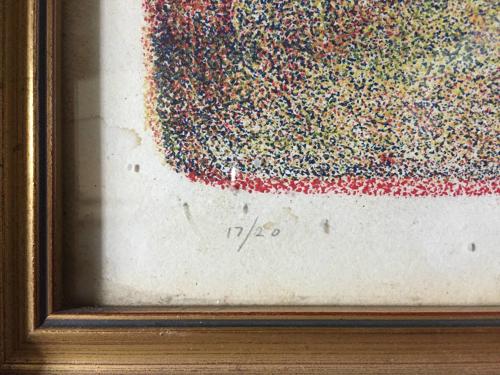 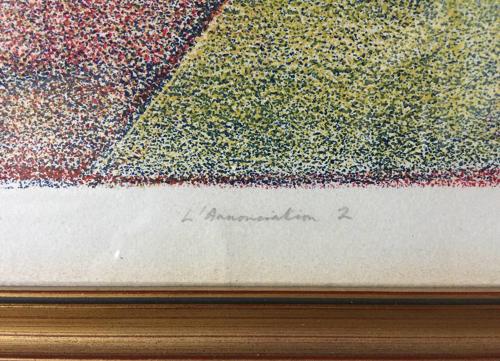 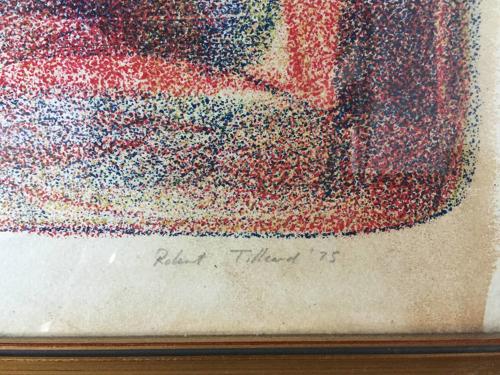 Robert Tilleard studied at Ramsgate College of Art and Bristol University before completing a post-graduate teaching course at Brighton.  He also studied stone lithography in France, where he had his first one man show in Monte Carlo and received a major grant from the Southern Arts Association.
Within a gilt frame. Measurements include frame size.
Based in Wiltshire, Robert Tilleard continues to regularly exhibit paintings, etchings and engravings in London, the UK and abroad and is particularly known for his portraiture.  A portrait of Lord Bath with his dog Boudicca painted by Robert Tilleard in 2008 hangs at Longleat House.