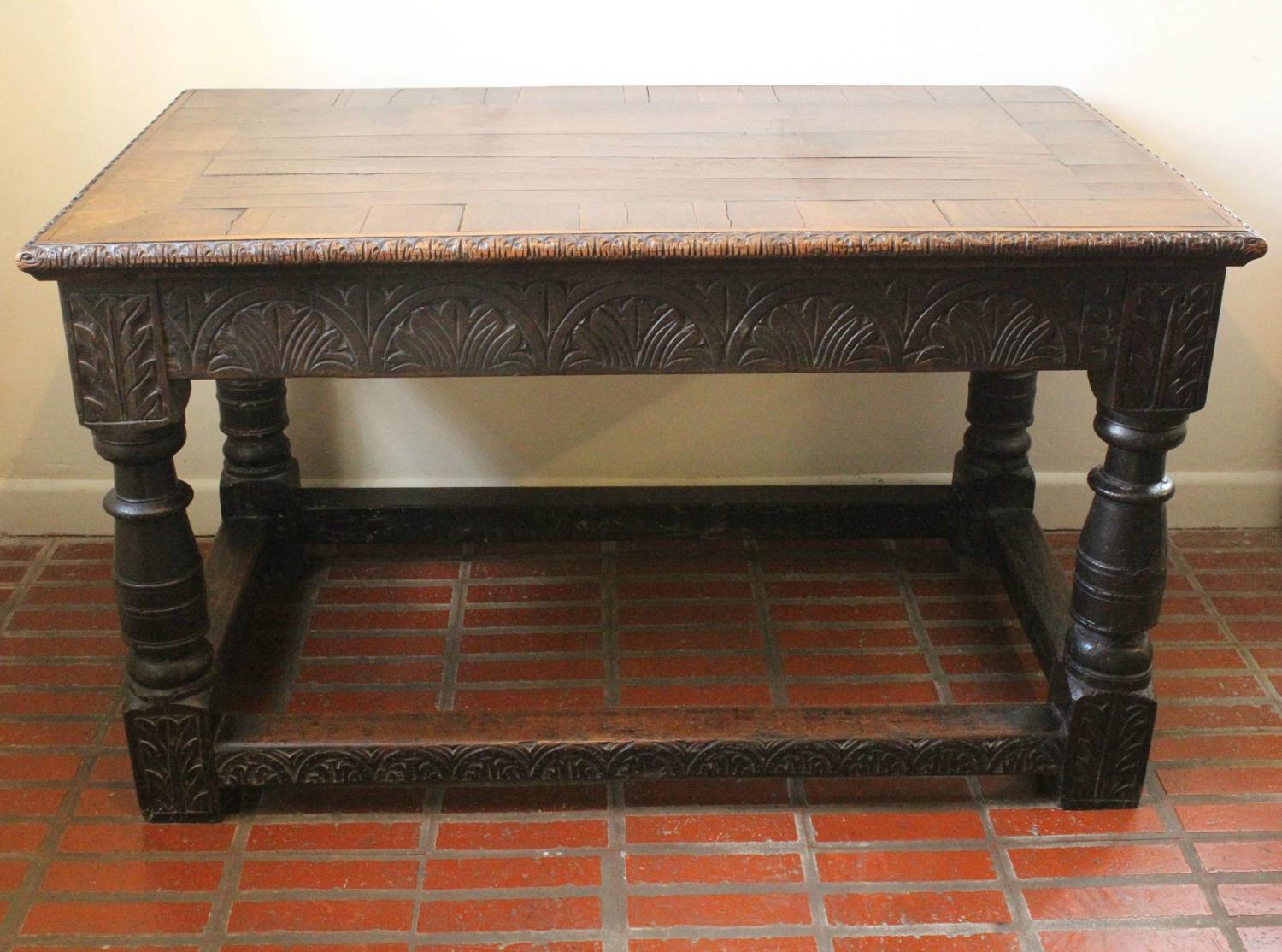 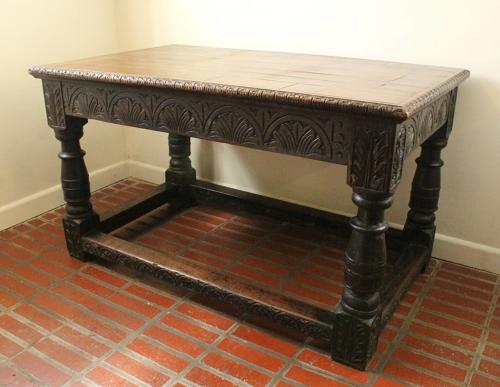 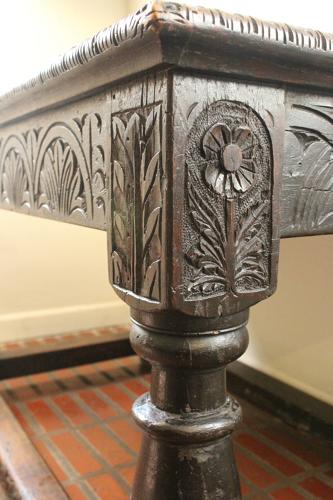 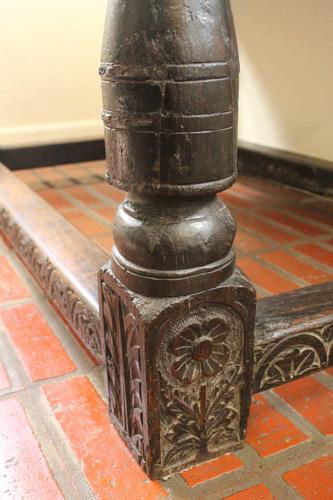 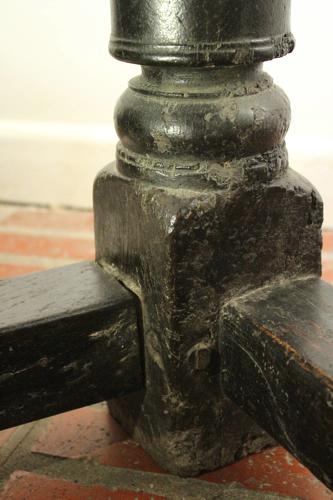 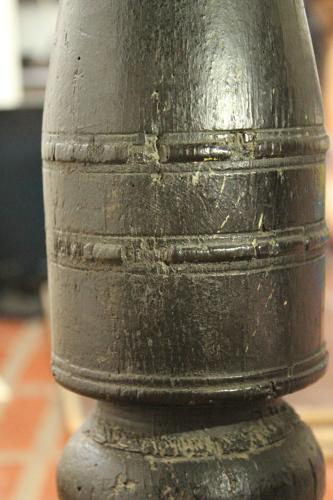 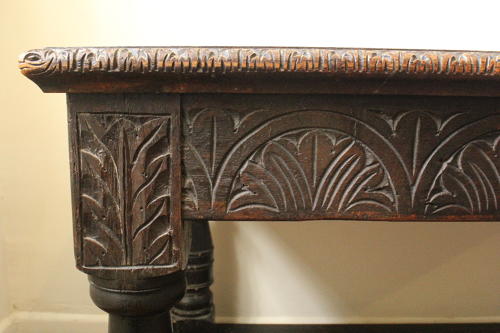 H: 74cm (29.1")W: 130cm (51.2")D: 79cm (31.1")
SOLD
An oak Refectory Table, 17th Century with later elements and alterations.  This is a nice compact refectory table which would also work well as a centre table in a grand hallway.
The pinned parquetry top is a little unusual and is 19th Century.  The base is essentially 17th Century with some alterations.  The carving is a mixture of 17th and 19th Century and is carved in the round so can be viewed from all sides. Some of the corners are carved with roses and others with palmettes or a mixture of the two.