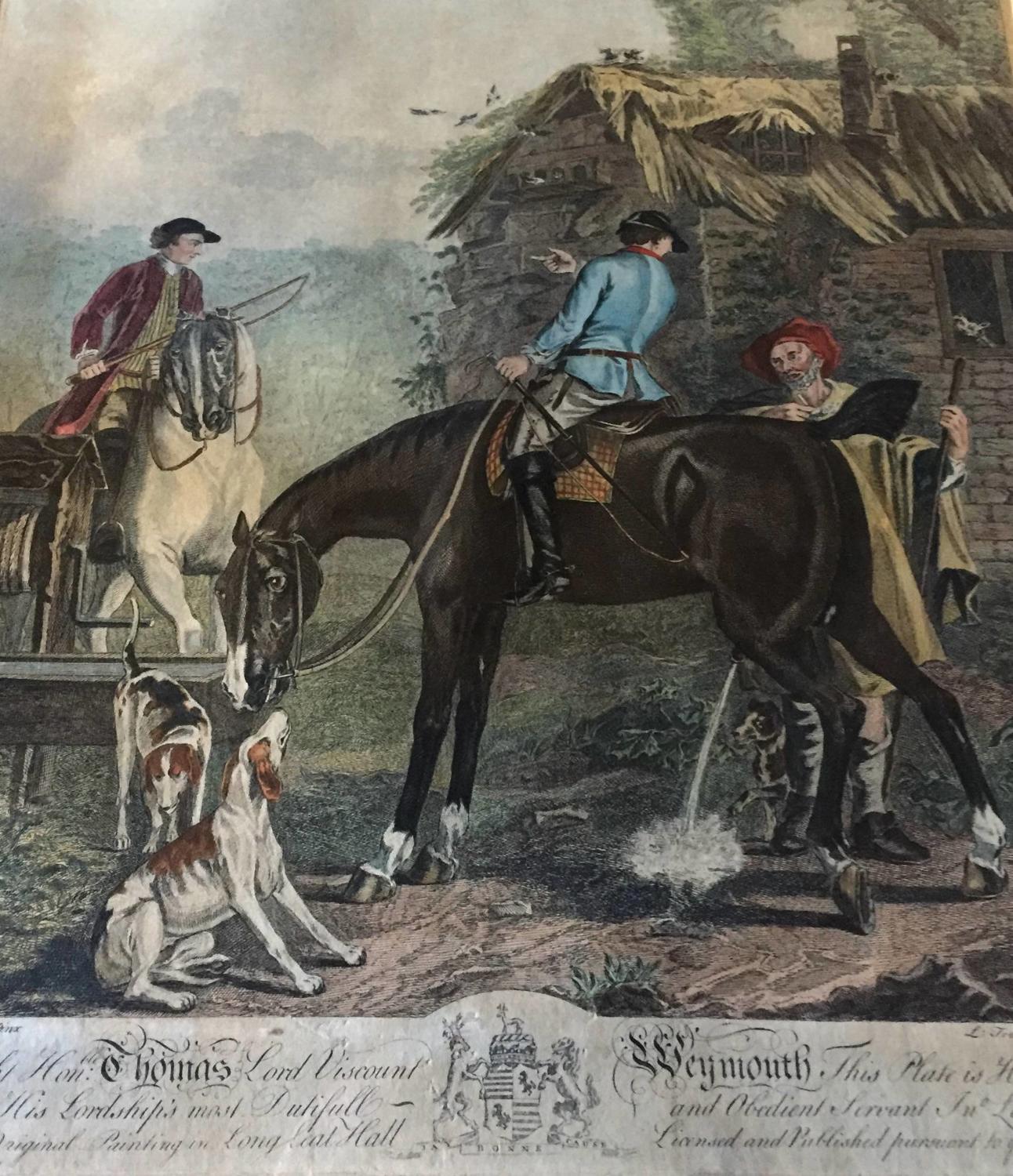 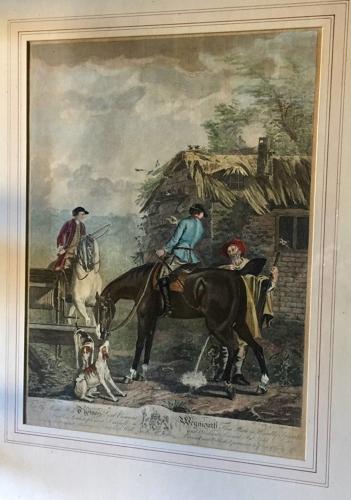 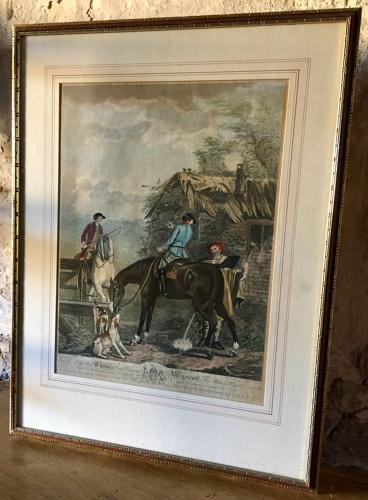 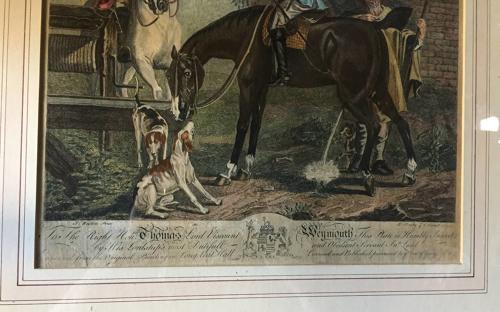 SOLD
After John Wooton, an 18th century engraving of 'Thomas, Lord Viscount Weymouth's Hunt' depicting two hunt servants on hunters beside a cottage with hounds and one of the horses urinating, engraved by Louis Truchy.
Titled as follows:
"To The Right Hon. Thomas, Lord Viscount Weymouth, This Plate is Humbly Inscribed by His Lordship's Most Dutifull and Obedient Servant In Ladd. Engraved from the Original Painting in Longleat Hall, Licensed and Published pursuant to yr VIII of George II".

This engraving is after the original oil painting by John Wooten from the collection of Lord, Viscount Weymouth at Longleat, accepted by the government in 2004 in lieu of tax and given to the Tate Gallery, London.
The plate appears to be in good condition but is mounted close to the margins and not inspected out of the frame, on buff coloured paper, later hand coloured, probably in the 19th Century, within a hand lined and coloured mount and modern frame.
Size: 50cm x 37cm to the plate mark, 72cm x 57cm including frame.