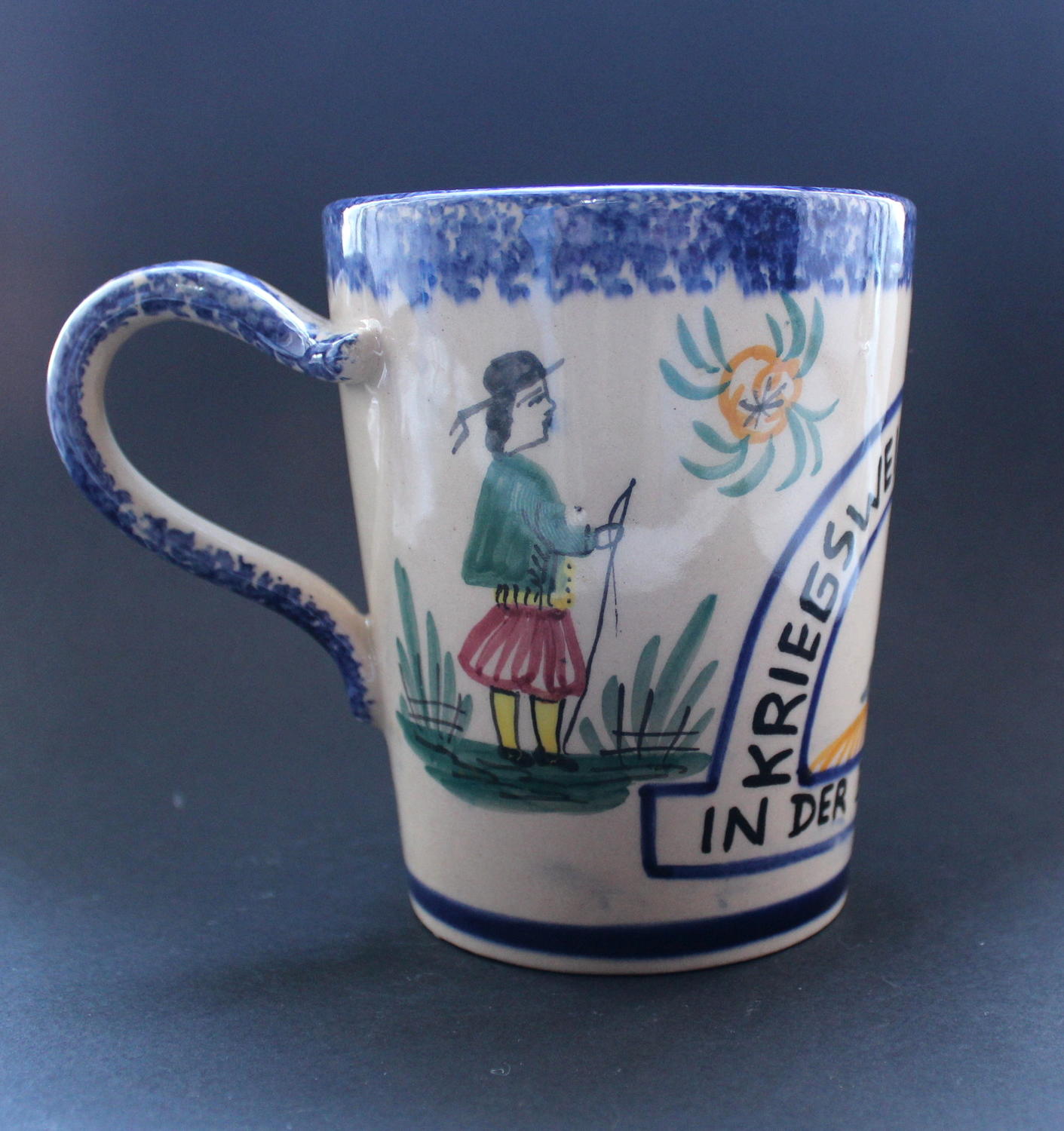 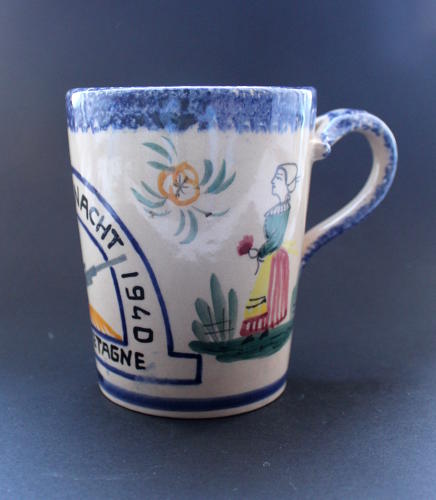 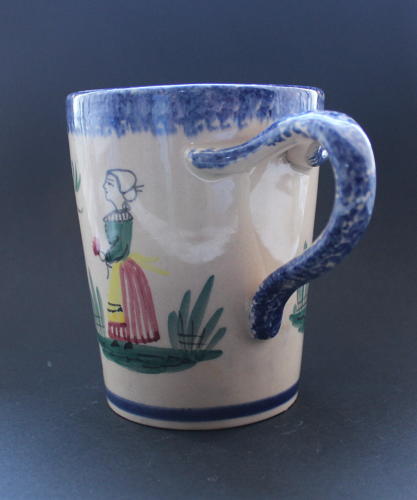 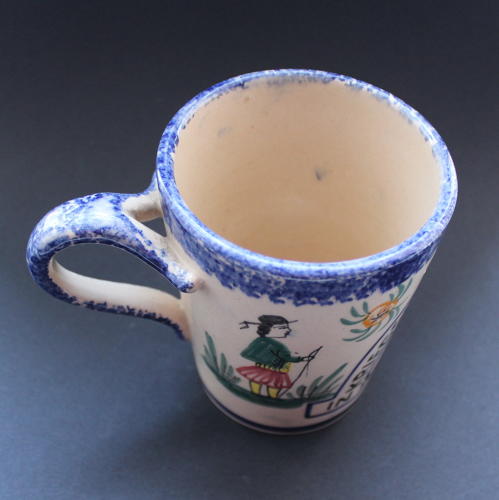 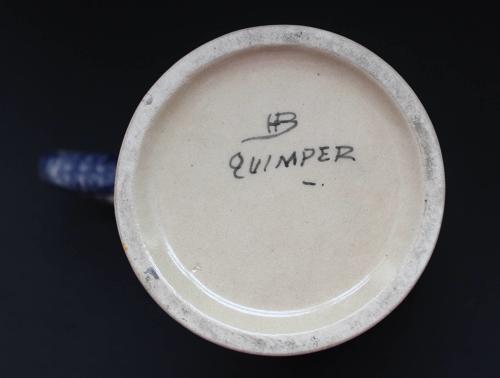 H: 11cm (4.3")
SOLD
A Henriot Quimper Faience Mug produced during the German occupation of Brittany, hand painted in traditional style with a Breton man and woman to either side but with a central motif of a gun and entitled `KRIEGSWEIHNACH 1940 IN DER BRETAGNE` (translation - Christmas 1940 in Brittany).

Production of Quimper faience was very limited during WWII due to supplies of coal being rationed and pottery were workers compelled to work for the occupying forces.  Factories were often obliged to produce special pieces commissioned by the occupying German military forces.  This example is such a piece and was found in the effects of a French naval officer.

In excellent condition, with HB Quimper painted mark to the base.