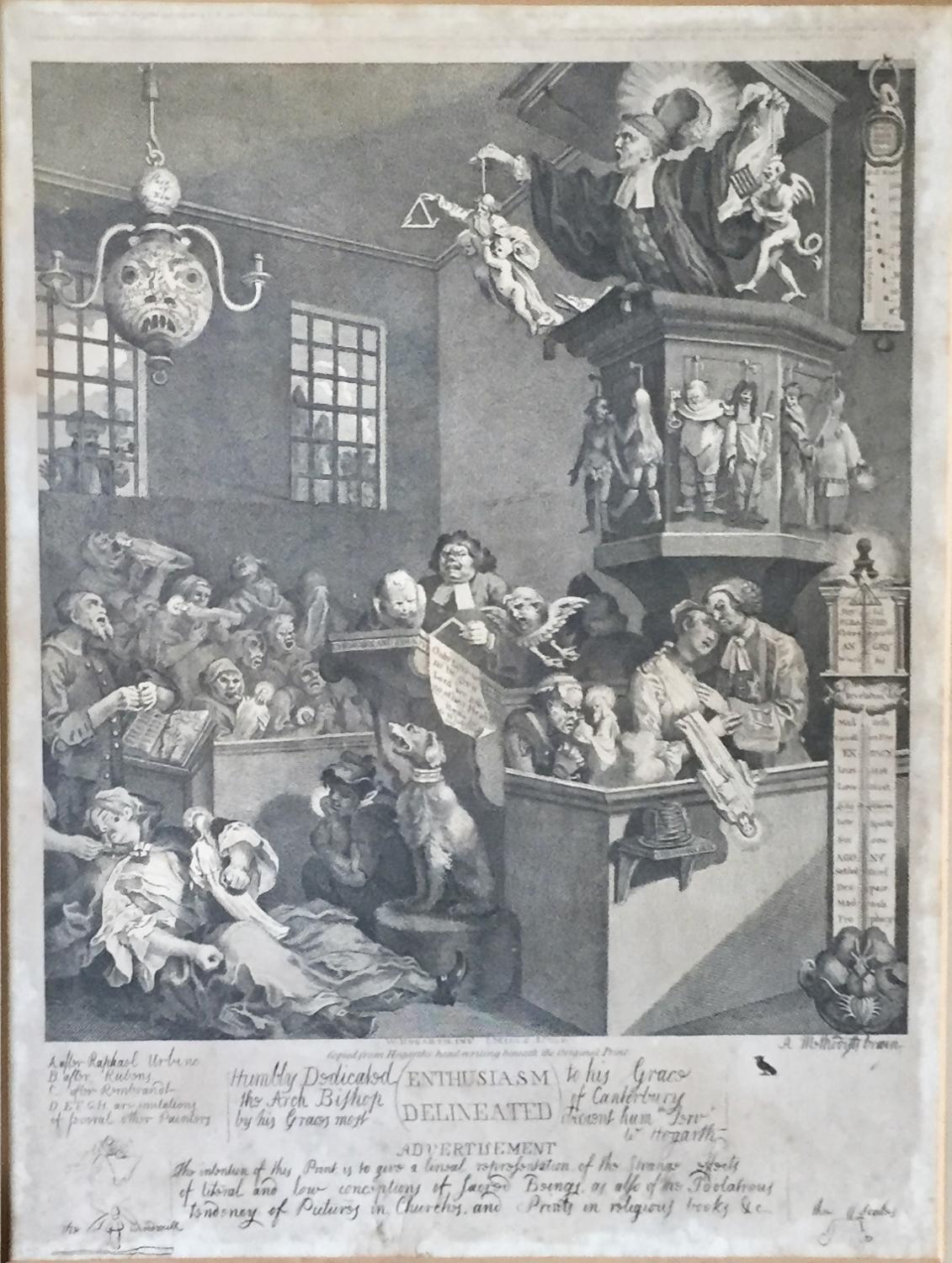 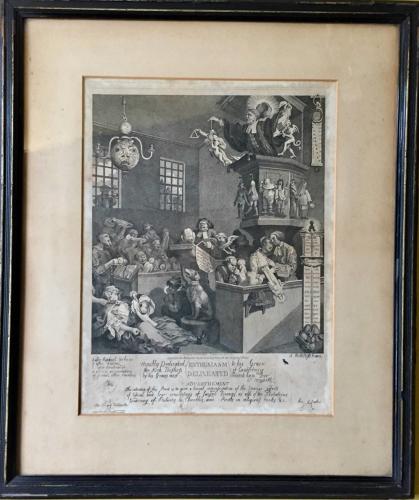 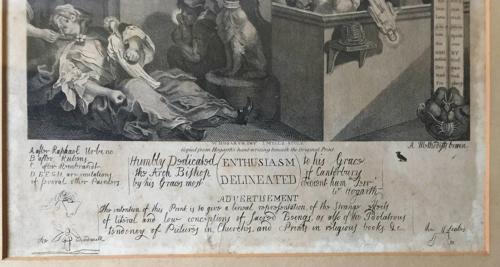 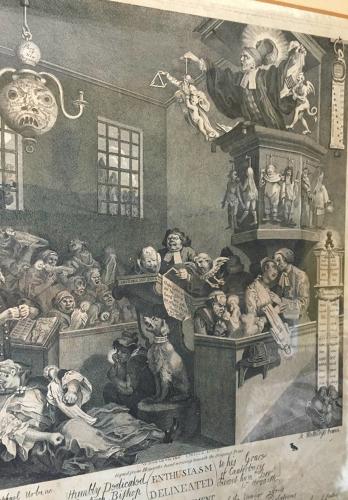 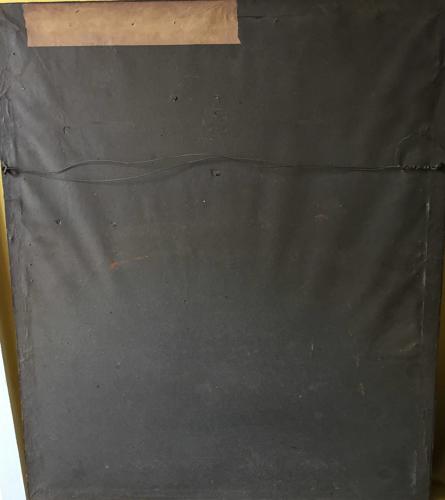 SOLD
After William Hogarth, 'Enthusiasm Delineated', engraved by Issac Mills 1795, published by Boydell.
Hogarth's original plate of 'Enthusiasm Delineated' was never published.  The plate was extensively reworked by Hogarth and issued as 'Credulity, Superstition, & Fanaticism: A Medley.'  'Enthusiasm Delineated' is a recreation by Issac Mills of the Hogarth original and is a satire on Methodist preaching.  It depicts a scene in a Methodist chapel, the preacher holding aloft a pair of puppets, with others hanging suspended from the pulpit. The weeping and ecstatic congregation holding and kissing their religious icons. A howling dog is wearing a collar titled 'Whitfield,' a reference to the notorious Methodist preacher George Whitfield and a fainting woman is being brought around with smelling salts. The scene also includes two barometers to measure the religious enthusiasm of the congregation. At the bottom of one of these meters is a faux-medical drawing of 'A Methodist's Brain'.   Underneath the image are Hogarth's annotations.
Above the image, an explanatory paragraph reads: '.... a very curious print designed and engraved by Hogarth of which there are only two impressions, both of them in the possession of John Ireland March 16th 1795. After taking the above impressions Hogarth changed the point of his satire from the superstitious absurdities of popery and ridiculous personification delineated by ancient painters to the popular credulities of his own day, erased or essentially altered every figure except two and on the same piece of copper engraved the plate new in the possession of Mssrs. Boydell entitled 'Credulity, Superstiion and Fanatisicm: A Medley'.
Image mesures 35.6cm x 32cm.  Sealed within a 19th Century Hogarth type frame.  Un-inspected out of the frame.  Framed measurement: 68cm x 57.5cm
Condition: A clean impression but with overall discolouration and some foxing.