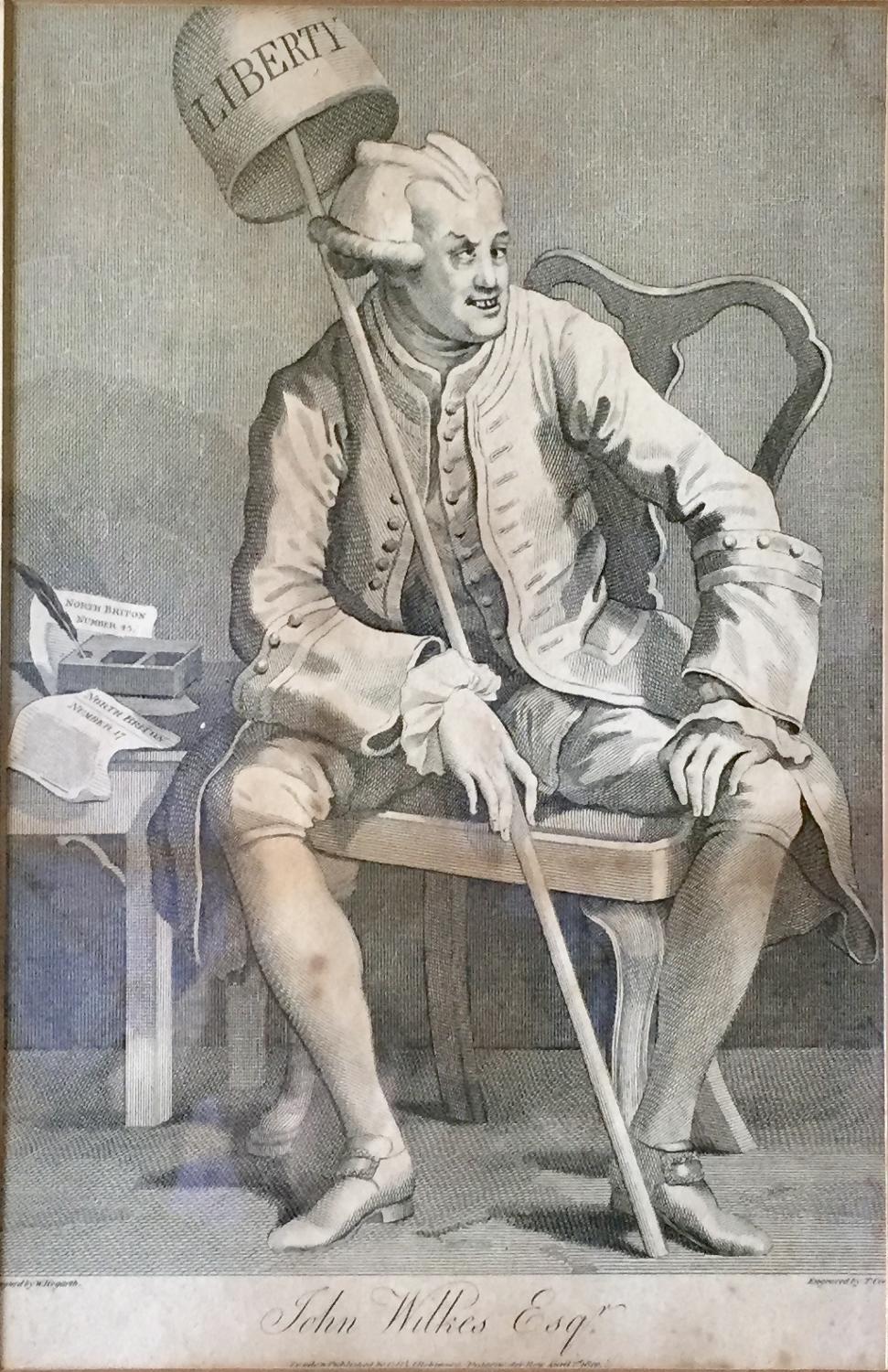 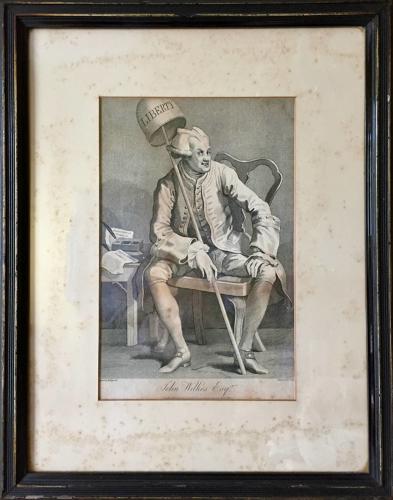 £95.00
After William Hogarth, Portrait of John Wilkes by Thomas Cook, line and stipple engraving, published by George, George and John Robinson 1 April 1800.
Titled John Wilkes Esq., the bottom left of the plate inscribed 'Designed by W. Hogarth' and the bottom right 'Engraved by T. Cook'.  Bottom centre of the plate states 'London, published by G.G.&J. Robinson, Paternoster Row April 1st 1800'.
Image size: 13" x 8.5" (33cm x 21.59cm) within a 19th Century mount and 'Hogarth' type frame.  The plate has not been examined out of the frame and consequently I am unable to measure the actual plate size.  Frame size: 55cm x 43cm.
Condition: A strong, dark impression, some foxing to the plate and a tear to the upper right corner, the mount with extensive foxing.
William Hogarth was one of the most influential artists of the 18th century and is best known for his satirical engravings. They were in high demand even in his own lifetime and were printed first by Hogarth s wife and subsequently by several others following his death in 1764.  By the 1790s the original plates had become extremely worn and as a consequence the British printmaker Thomas Cook resolved to re-engrave Hogarth s entire works. In 1795, he announced a proposal for the “engraving, printing, and publishing by subscription, a complete edition of the works by that much admired artist William Hogarth,” under the heading Hogarth Restored.

Fill in this form to email this item to a friend

Fill in this form to send us your enquiry