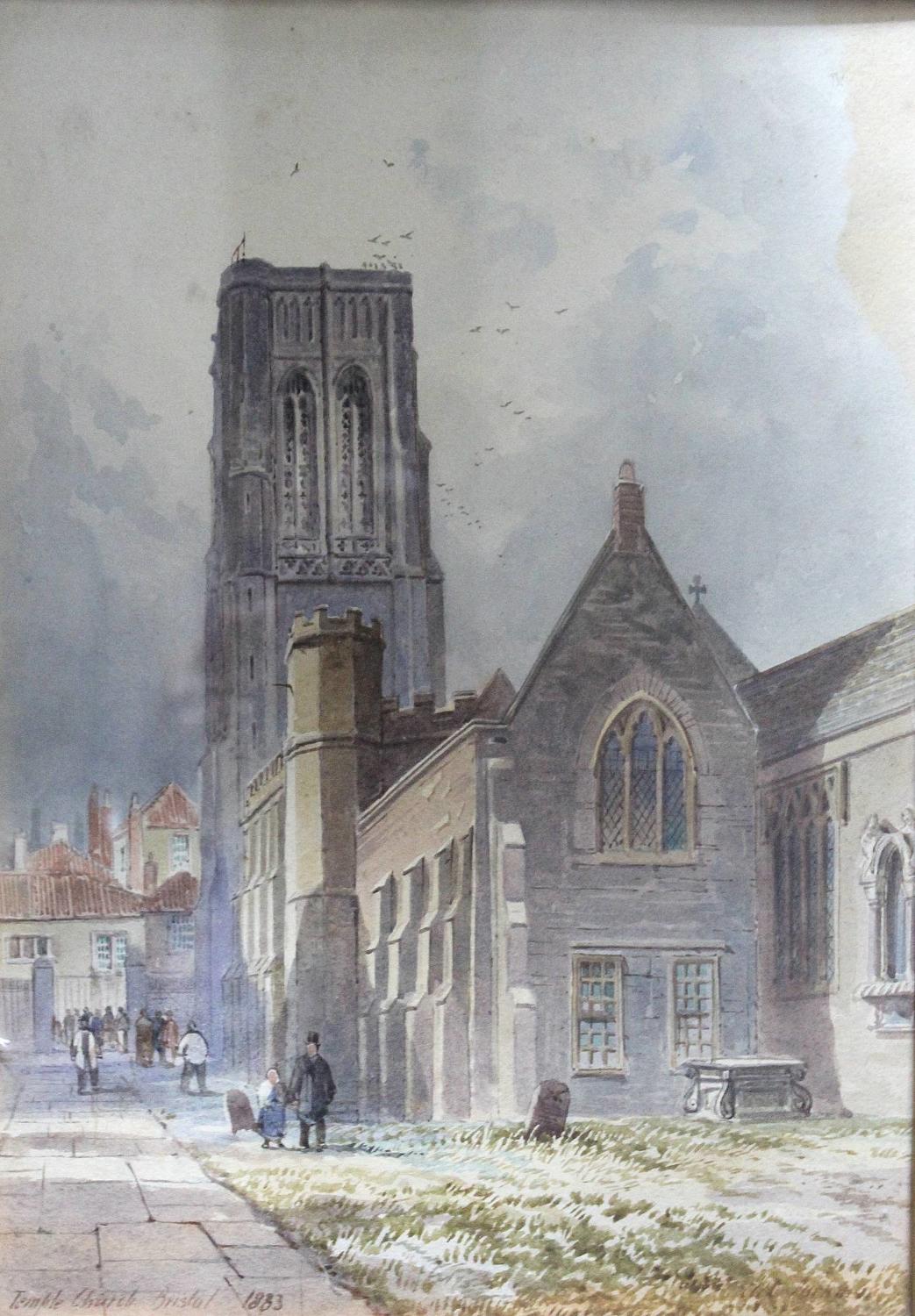 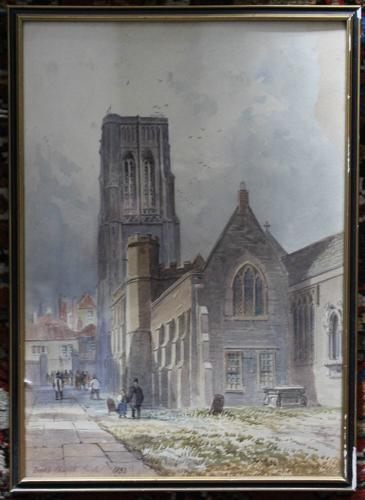 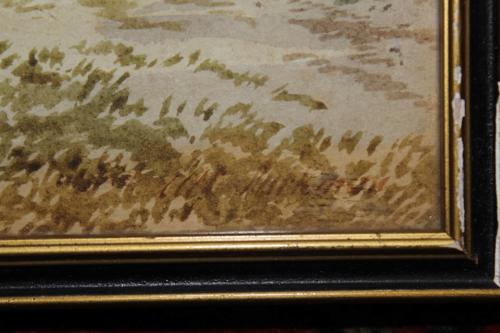 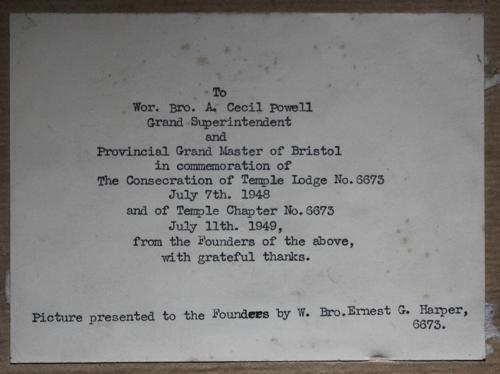 SOLD
Alfred Edward Parkman (1852-1930)
Temple Church Bristol, signed Watercolour, inscribed 'Temple Church Bristol, 1883'.
35cm x 25cm, framed.
The reverse with a typed label stating:
"To Wor. Bro. A. Cecil Powell Grand Superintendent and Provincial Grand Master of Bristol in commemoration of The Consecration of Temple Lodge No. 6675, July 7th 1948 and of Temple Chapter No. 6673 July 11th 1949, from the Founders of the above, with grateful thanks.
Picture presented to the Founders by W. Bro. Ernest G. Harper, 6673.'
Alfred Edward Parkman was a Bristol based topographical painter and the son of painter Henry Spurrier Parkman.  He moved to Swansea in the mid 1880s and became one of the founding members of the Swansea Art Society.  He painted many topographical views of Bristol, the South West and South Wales.  This watercolour dating from 1883 was executed just prior to his move to the Mumbles in Swansea, where it is recorded he lived with a friend at the Mermaid Hotel.
Temple Church, Bristol, has a long and interesting history.  Now a ruin, it was founded in the mid-12th century by Robert of Gloucester and built on the site of the church of the Knights Templar, the oval outline of which can be seen in the on-site excavations.
The tower is 114 feet high and was built in two phases. The lower stages were built in 1390 but work was stopped when the tower started to lean to the west. The upper stages of the tower and belfry were added in 1460.
It was also the scene of the exorcism of George Lukins conducted by Methodist and Anglican clergy.
The church was bombed and largely destroyed in the Bristol Blitz and was the first English parish church to be taken into ownership by English Heritage.
The archway and gates date from the mid 19th century and are made from Portland stone and wrought iron in a Gothic Revival style.