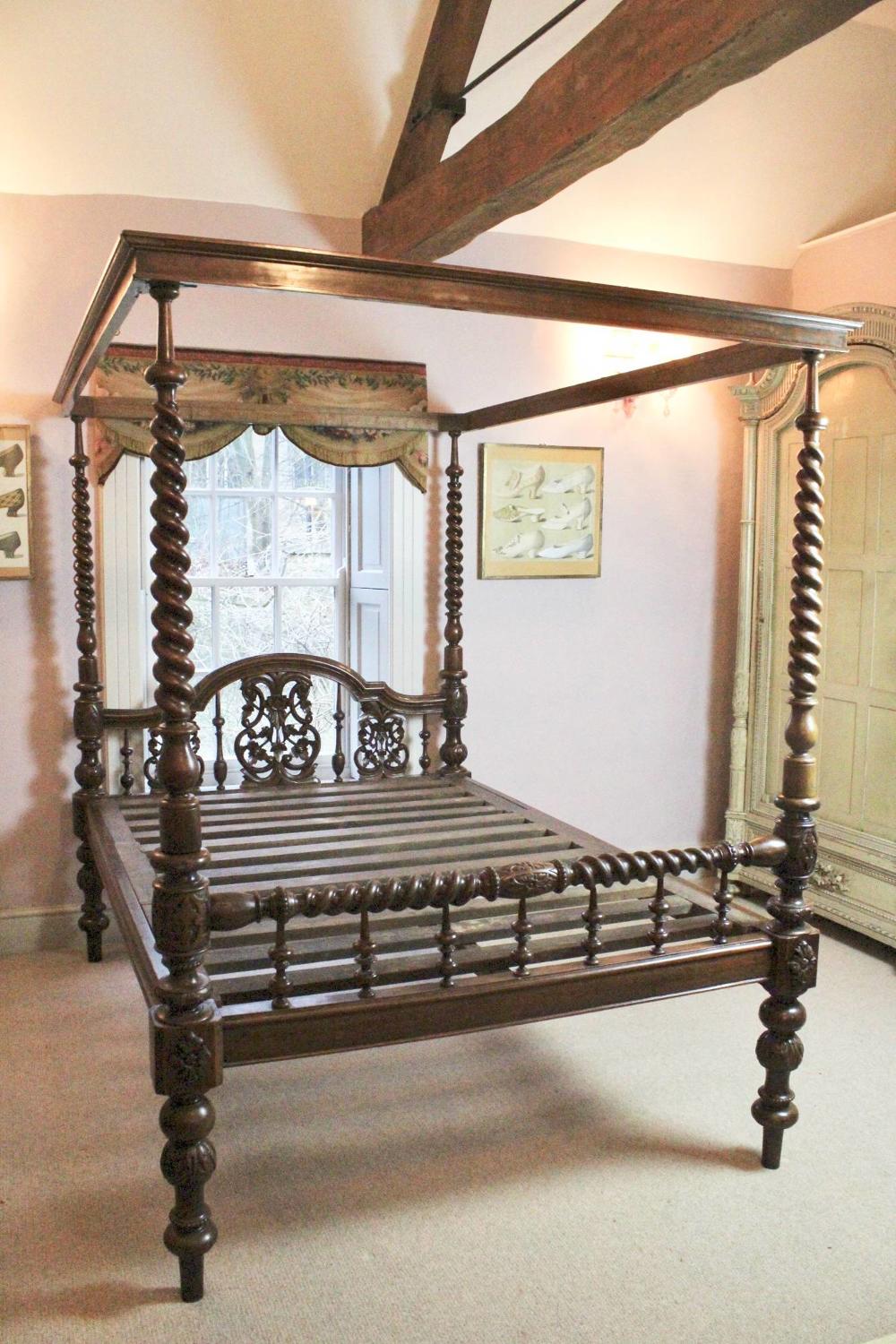 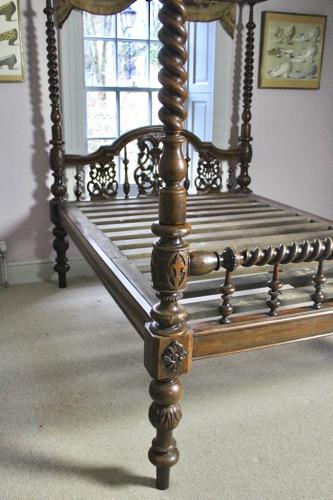 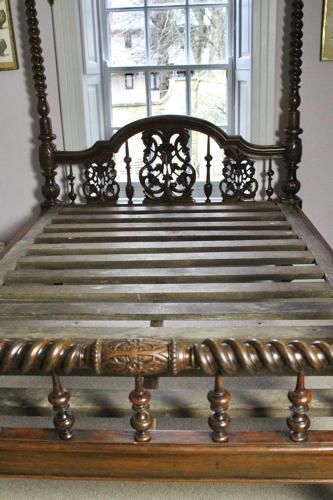 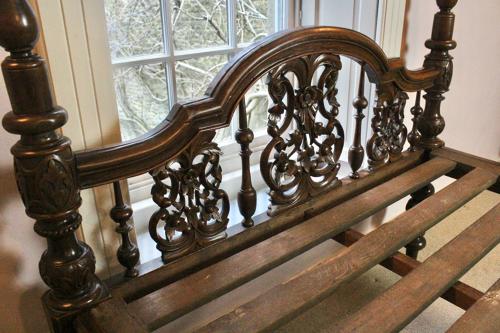 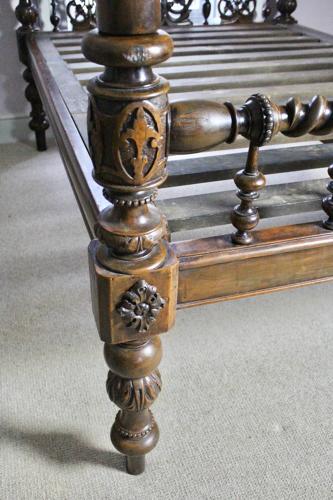 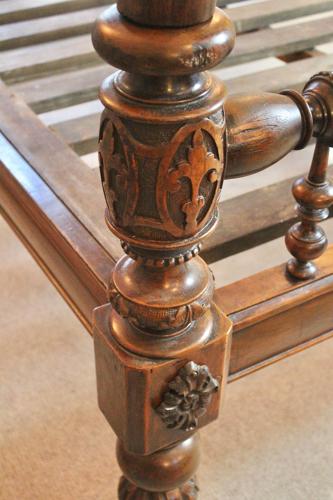 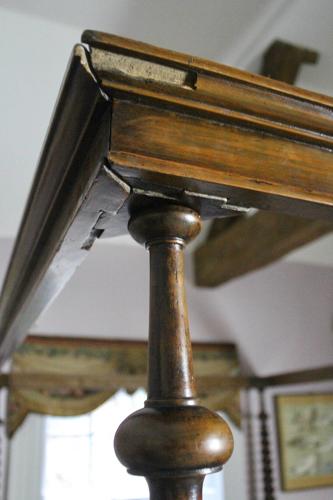 H: 200cm (78.7")W: 140cm (55.1")D: 190cm (74.8")
SOLD
An Antique Portuguese Colonial Teak Four Poster Double Bed, 2nd half of the 19th Century.  The moulded canopy supported by four barley twist column uprights flanking an arched headboard with three foliate carved panels and turned spindles, the footboard with a barley twist and foliate carved top rail supported by turned spindles, raised on bobbin turned supports.
These beds were made throughout the 19th Century in Colonial India for European use, this example being typically Portuguese in style very likely originates from the Goa region of Southern India.
The bed breaks down into sections and the upright supports unscrew from the head and foot boards.  It bolts together from each end with the foot-board bolts hidden underneath the foliate bosses which swivel to one side to enable the bolts to be inserted.  The mattress base is in three sections.
Fits a standard 4'6" double mattress. Internal measurements are 140cm wide x 195cm long.  200cm high.
In very good condition with some old repairs, the bottom left corner of the canopy has a small section of moulding missing at the join.
The style of these beds dates from 1840 until 1947 (until Indian Independence). The beds were constructed for the British Raj, their families and the British Military in Colonial India. The beds were designed to collapse and be transported “flat pack” so could easily be moved whilst on military exercises and to their summerhouses in the hills. They were made when the Raj was at its height. The size, style and quality of the bed depict the status of the occupier or the military rank of the owner