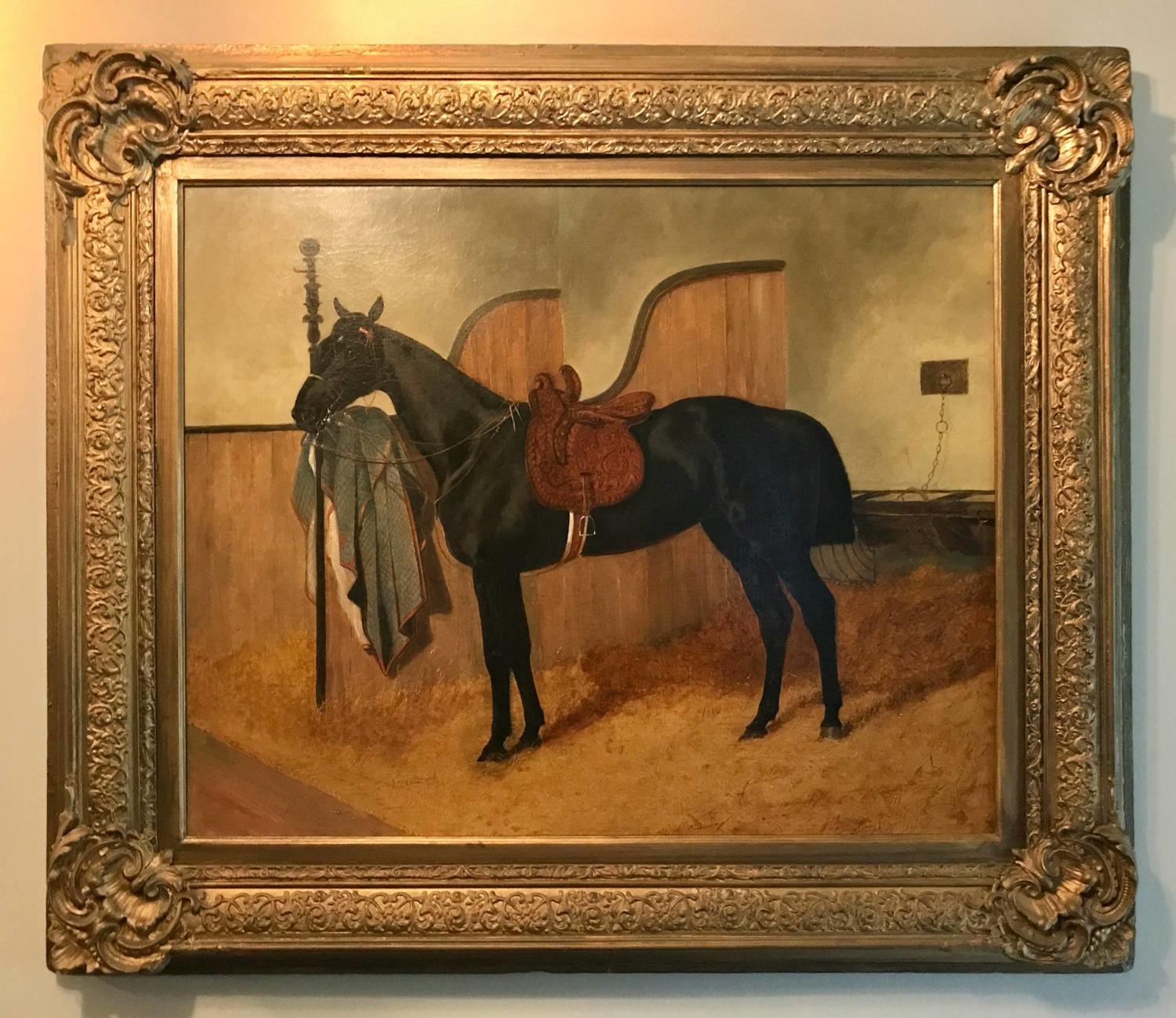 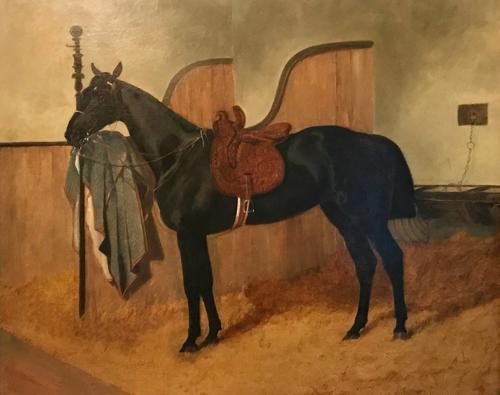 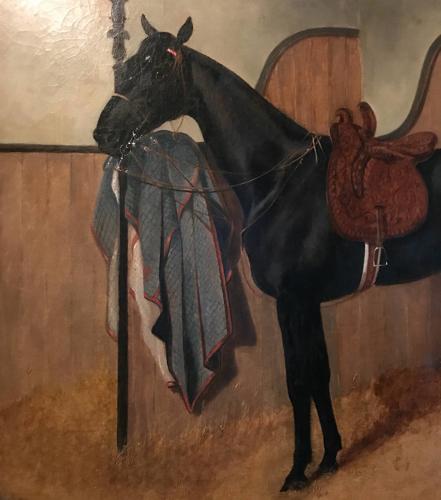 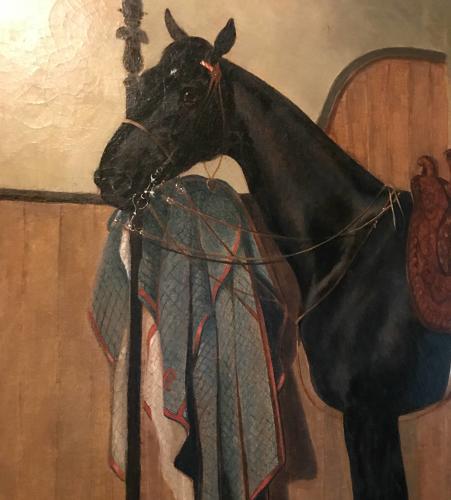 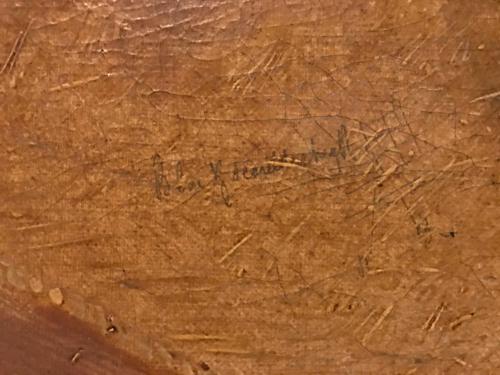 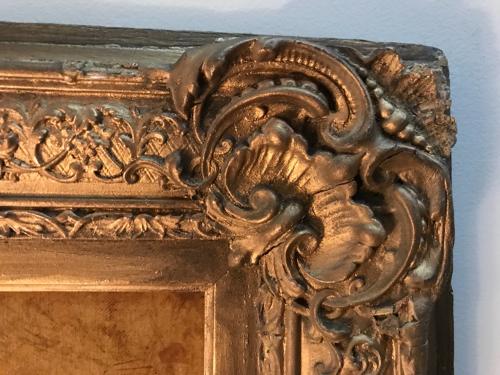 Benjamin Cam Norton Oil on Canvas of a Hunter

H: 29cm (11.4")W: 34cm (13.4")
SOLD
Benjamin Cam Norton (1835 - 1900), 'Candlelight', a Black Hunter with Side Saddle in a Stable, Oil on Canvas, within original gilt gesso frame.
Signed 'R Cam N. Candlelight' bottom left and three indistinct letters underneath the horse's front hoofs.
Candlelight very likely being the name of the horse, the blanket draped over the side of the stall is painted with the letter R which is likely to be the initial of Candlelight's owner.
25cm x 20cms (visible canvas) 34cm x 29cm including frame.
The canvas has been re-lined some time ago and the frame now has gold paint over the gilding.
Benjamin Cam Norton, born in Guildford, Surrey in 1835, specialised in horse and animal portraits, often painting racehorses at the races at Cheltenham, Doncaster, Liverpool and Newmarket.  His father John Norton was an honorary secretary of the London Art Union which would certainly have influenced the young Cam Norton's early eduction.  In 1857 he enrolled at the Academy Schools and exhibited at the Royal Institute from 1862.  He later lived in Cheltenham and laterly Newmarket where he died in 1900.  A number of his works can be found in museums including Rotherham and the Regimental Museum.