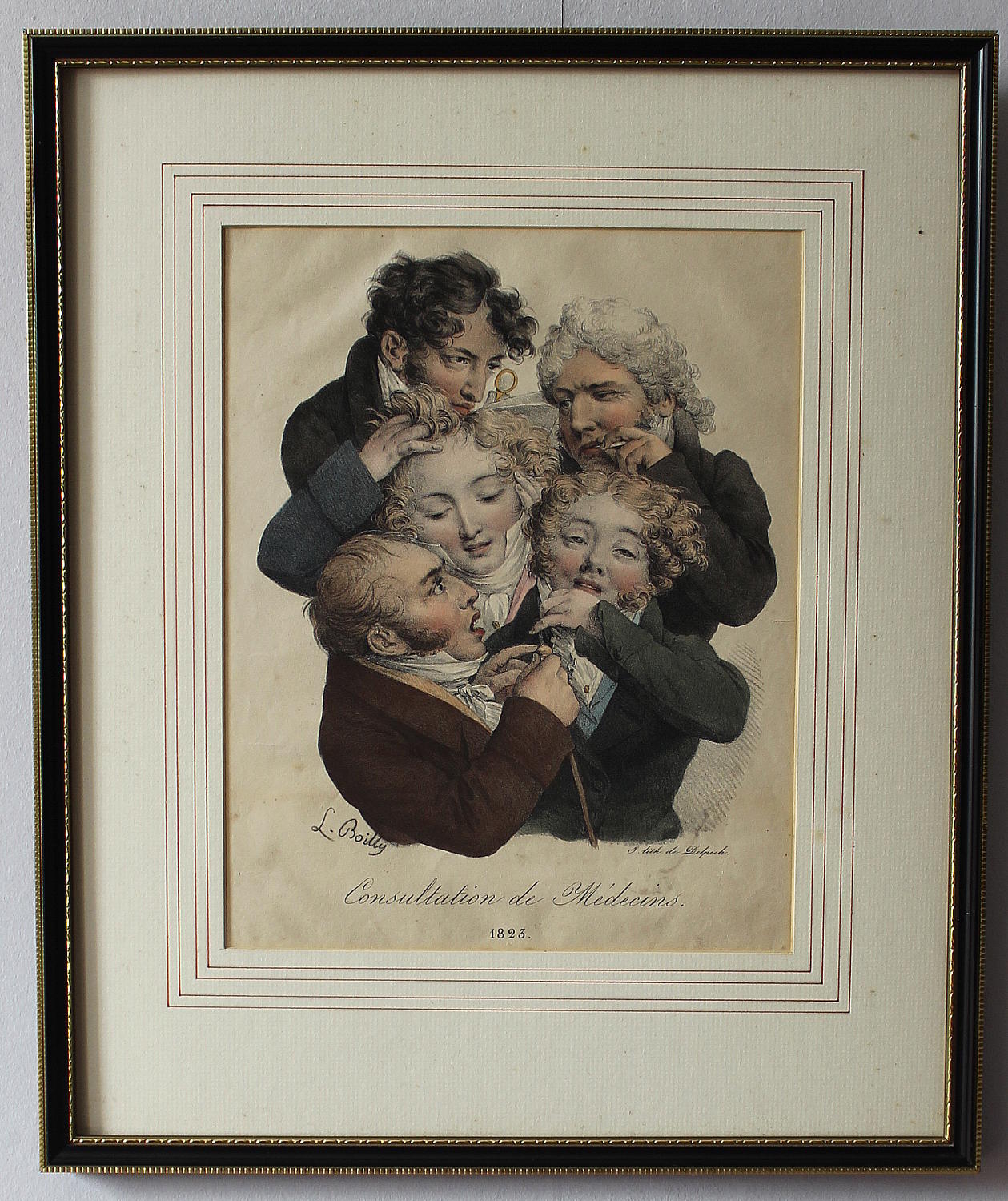 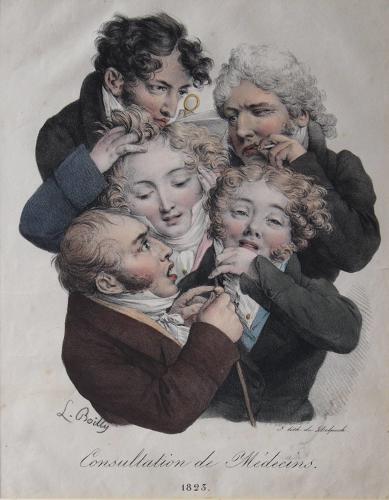 SOLD
Louis Leopold Boilly (1761-1845) 'Consultation de Medecins' from the Grimaces series, 1823, lithograph with watercolour. Francois Seraphin Delpech.
Only 200-300 of this lithograph were estimated to have been printed.
Image size showing: 27.5cm x 22cm (not including frame and mount)
Condition: Close cut to the reverse of the mount, some minor creasing and marks.  In a modern frame and mount.
This is the second of two lithographs by Louis-Léopold Boilly depicting doctors.  The other example dating from 1760 “Consultation de Médecins” has an image of hunchbacks, this is a print from Boilly s most popular series, “Recueil de grimaces” or “Collection of grimaces.” Containing over 90 lithographs, the series was published between 1823 and 1828. The members of this tightly grouped quintet, shown in 1823, are at the prime of life unlike Boilly s aged medical consultants of 1760. These consultants are all young, but distinctive in their facial expressions. The physician in the lower left looks decidedly dismayed while the man next to him seems dreamy or even drugged. The two at the top appear to be engaged in academic pursuits. The magnifying glass indicates a scientific approach to medicine, and the gentleman in the upper right has a contemplative look as if he were trying to come up with a solution to a troubling problem. The viewer is left to decide if Boilly is making a political commentary about France in 1823, but could it be that the more things change, the more they stay the same?
There is an example of this lithograph in the Wellcome Collection.