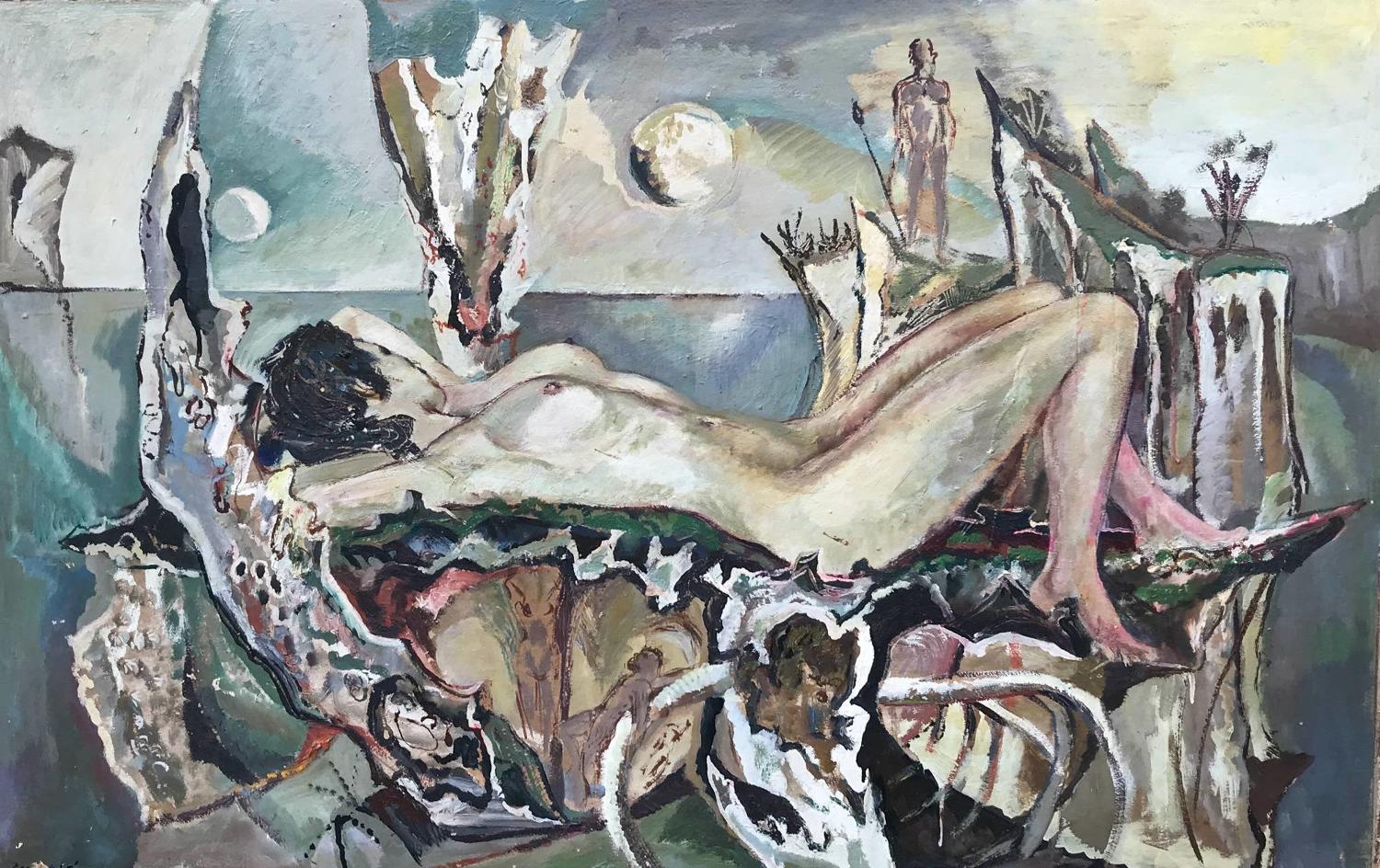 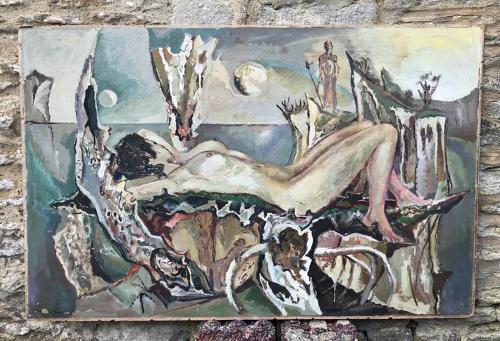 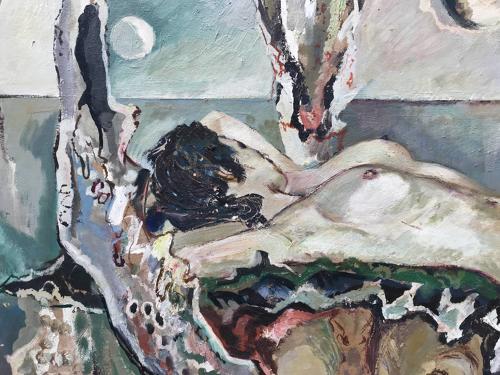 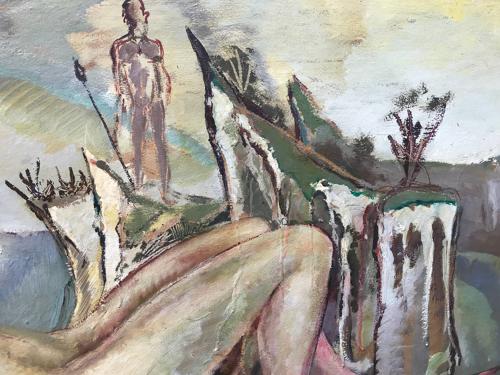 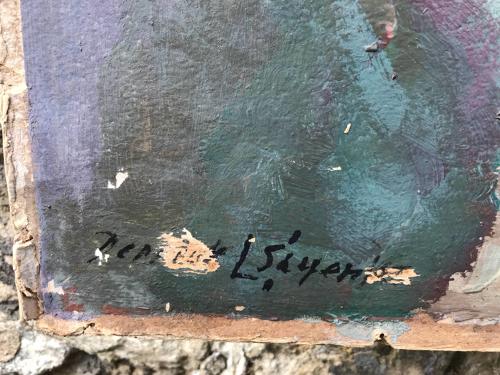 SOLD
Derrick Latimer Sayer (1917 -1992), 'Venus Anadynomene', Reclining Female Nude in a landscape, oil on artists board, signed lower left, 88cm x 136cm, unframed.
Derrick Latimer Sayer trained at Chelsea school of Art under the aegis of Henry Moore and Graham Sunderland, followed by a period at Ben Nicholson's studio in Paris. With the same co-operative idealism of Nicholson and the St. Ives Group, Sayer founded the Mousehole Group Art School in 1936 in collaboration with George Lamborn and Guy Allen. Sadly this venture was short lived, but those early experiences provided a perfect start that served him well as he put his graphic detail talent to excellent use for the major advertising campaigns and book illustrations. During the time that he was producing commercial work, he showed with a variety of galleries including the Redfern, Leicester and Storran Galleries.
Derrick was also a natural teacher and by 1966 this became his full time career until he retired as head of Art for Chelsea & Westminster Adult education Institute in 1982.
Derrick's work developed around a number of themes with references being made to Nicholson's linear abstraction, but also incorporating the Neo-Romantics' sense of man in nature. However, Derrick preferred to put women in nature, where the timeless forms were suspended in rock formations and incorporating the gentle curves of scarcely visible nudes. His abstract work was radically different to his life work, being bold, expressive and richly textural.
Ten of Derricks works have been chosen by The Healing Arts (Chelsea Westminster Hospital Arts Project) to hang in their important permanent collection alongside such Luminaries as Patrick Heron, Mary Feddon, Alan Jones, Howard Hodgkin, Jeffrey Courtney and Sian Tucker.
Chronology:
Attended School at The Royal Grammar School, High Wycombe.
Studied Under Henry Moore and Graham Sutherland at Chelsea School of Art.
1936-39. Founded the Mousehole Group Art School, along with George Lamborn
and Guy Allen.
Taught Freelance, Exhibited at The Wark Gallery.
Commissioned for Poster for Shell Mex B.P.
1939 Exh. at The Storran Gallery, Nicholson Gallery and The Mayer Gallery.
Produced Commercial work for various projects.
1944 Exh. At Peter Jones, Redfern Gallery and The Modern Art Gallery.
1945 Founded The Army Art Centre - Army Education Scheme. Tutor/Lecturer.
1946 - 48 Local Magazine Staff Artist.
1949 South of France - Exhibiting and Teaching.
1950 Exhibition at The Leicester Gallery - Artists of Fame and Promise.
1951 Exhibited at The Redfern Gallery and Wilton Gallery.
1952 Exh. at The John Wibley Gallery, Paintings along the Coronation Route.
1958 Exhibited at The Tadworth Gallery.
1966 Exh. At The New Art Gallery - British Transport and Tillers (National
Travel) and The Collectors Gallery.
1966 Head of Art - Chelsea Westminster Adult Education Institute until his
Retirement in 1982.

Fill in this form to email this item to a friend

Fill in this form to send us your enquiry