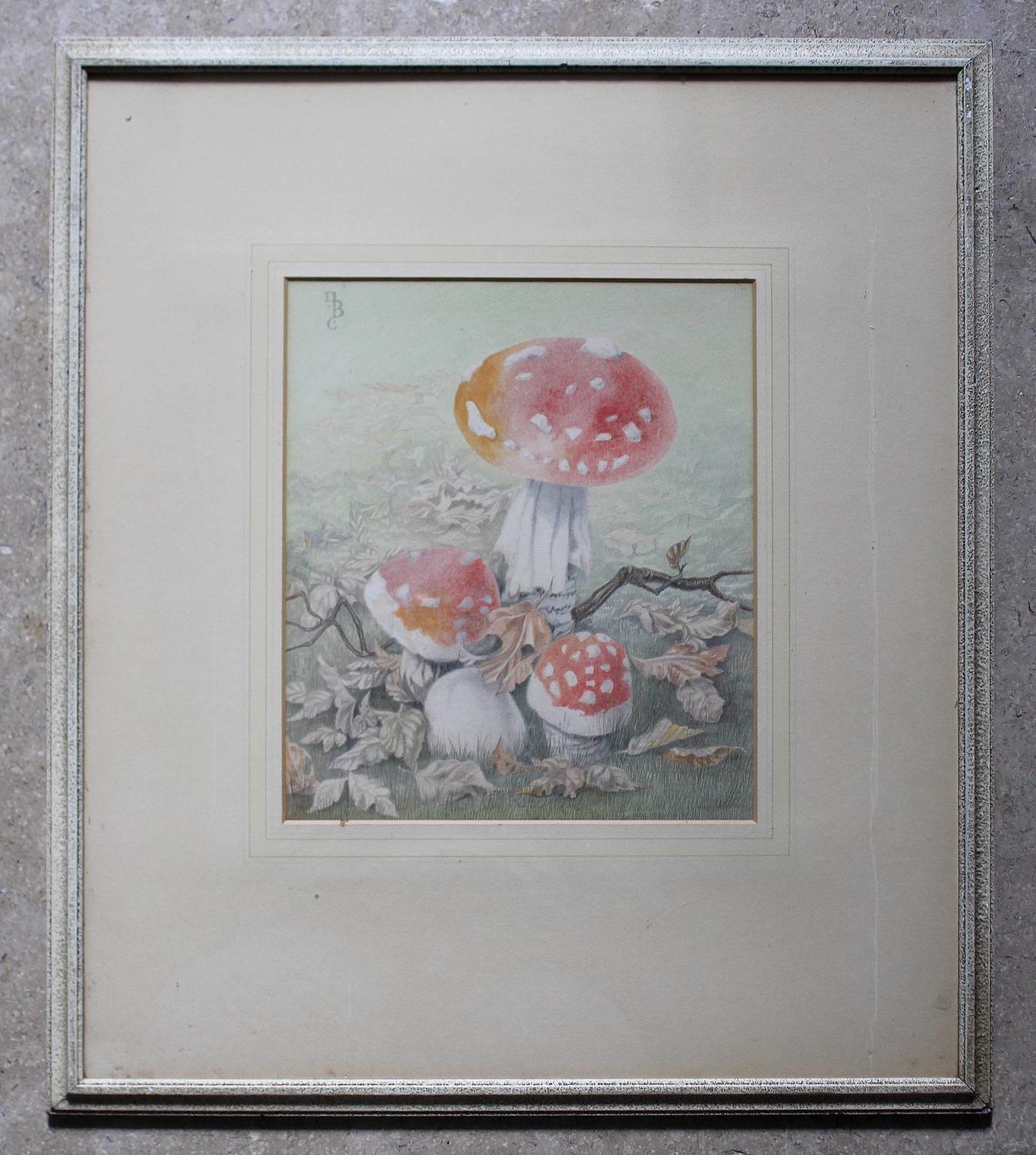 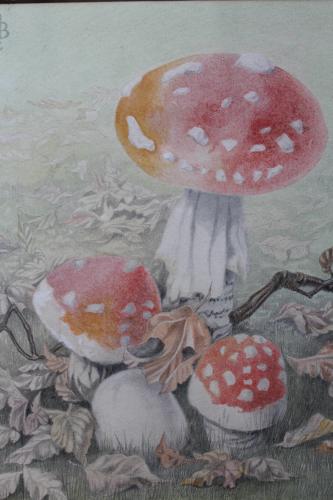 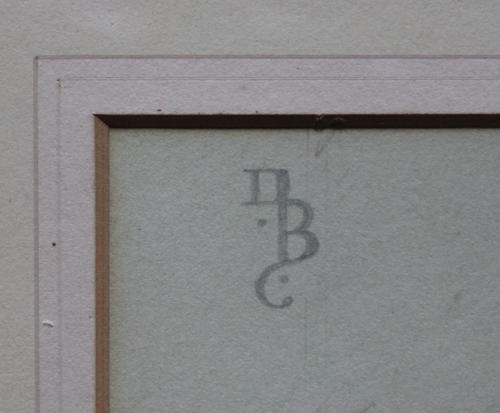 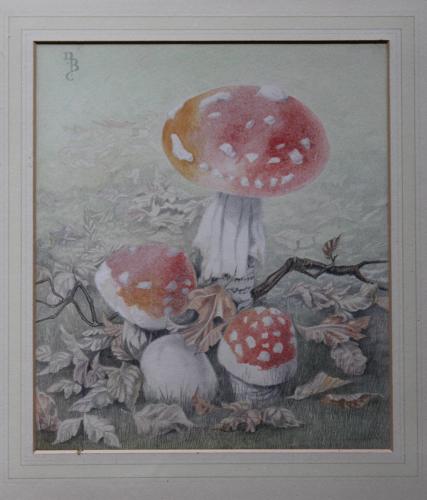 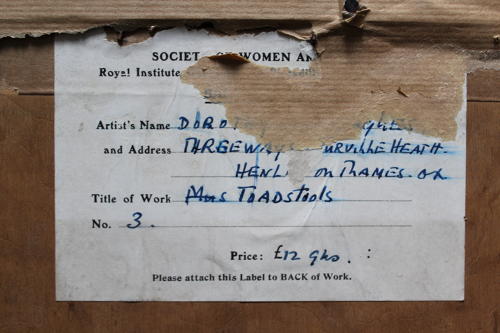 SOLD
Dorothy Burroughes (died 1963) - 'Toadstools', watercolour, circa 1930, monogrammed top left.  In original mount and frame.
The reverse with an exhibition label for the Society of Women Artists.
27cm x 23cm not including mount and frame.
Dorothy Burroughes was an illustrator, designer and linocut artist. She contributed to a number of magazines including The Bystander and Illustrated London News. She became well known for her illustrations of animals, which appeared in numerous books in the 1920s and 1930s and designed posters for London Underground in the 1920's.  She exhibited widely including the Society of Woman Artists and in 1934 had a solo exhibition of her watercolours at the Fine Art Society.