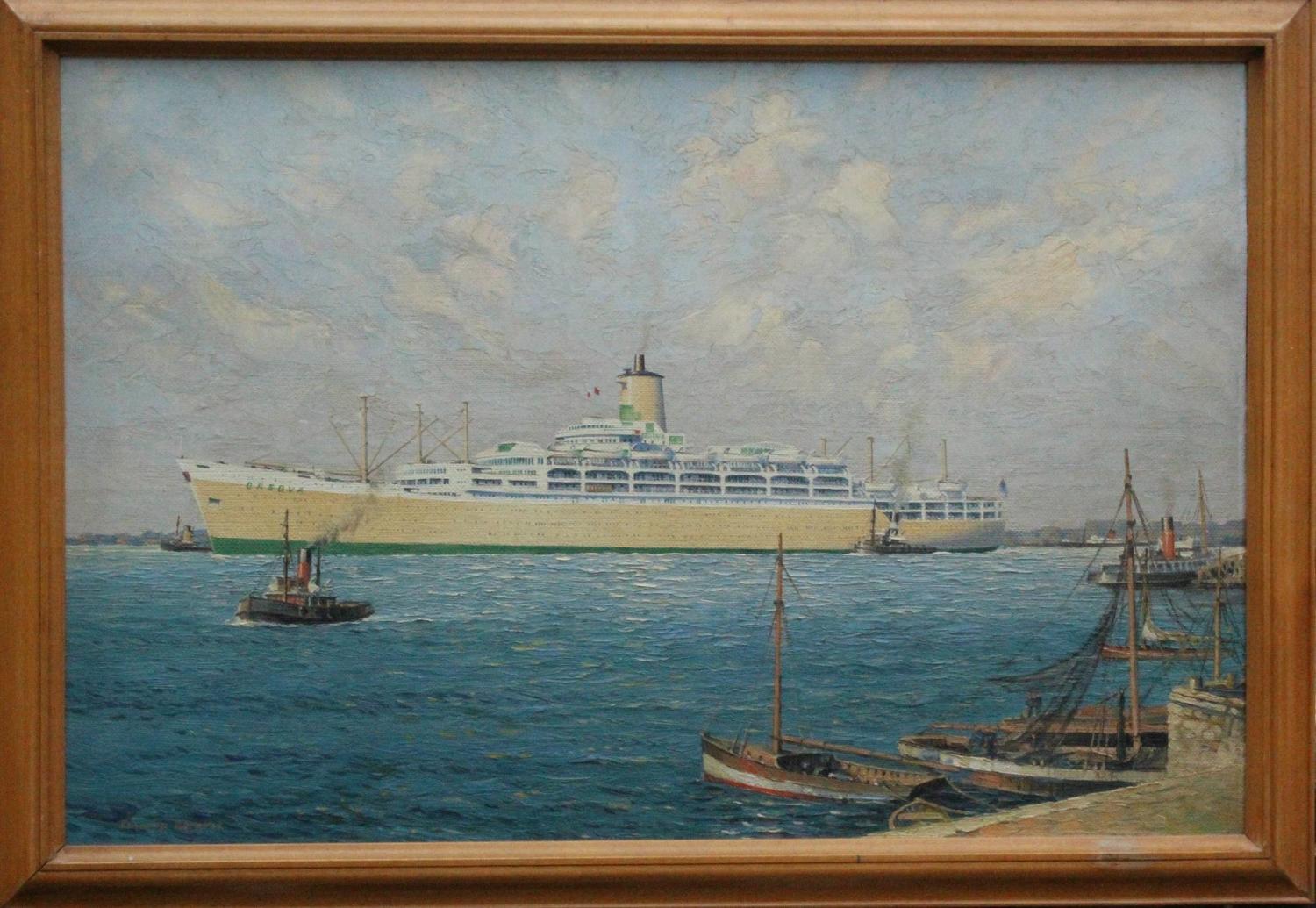 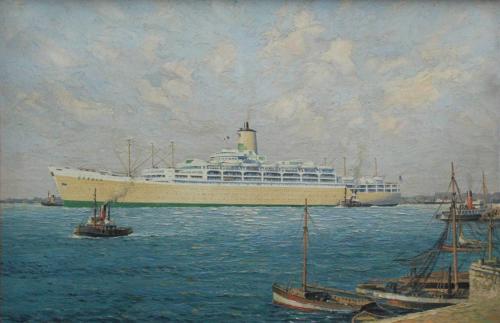 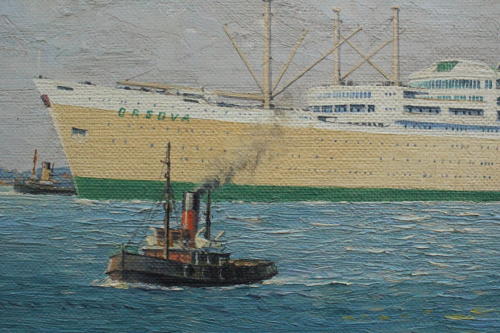 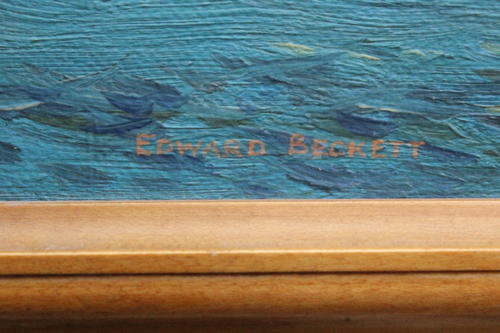 SOLD
An Edward Beckett painting of the ocean liner SS 'Orsova'. Oil on canvas over board.
The Orsova was built by Vickers Armstrong in Barrow in Furness, completed in 1954 and was part of the P&O Orient line.  She was scrapped in 1973.  Edward Beckett was the principle painter and conceptual artist for the Vickers shipyards and his work was often seen on advertising posters.
41cm x 59cm including frame.