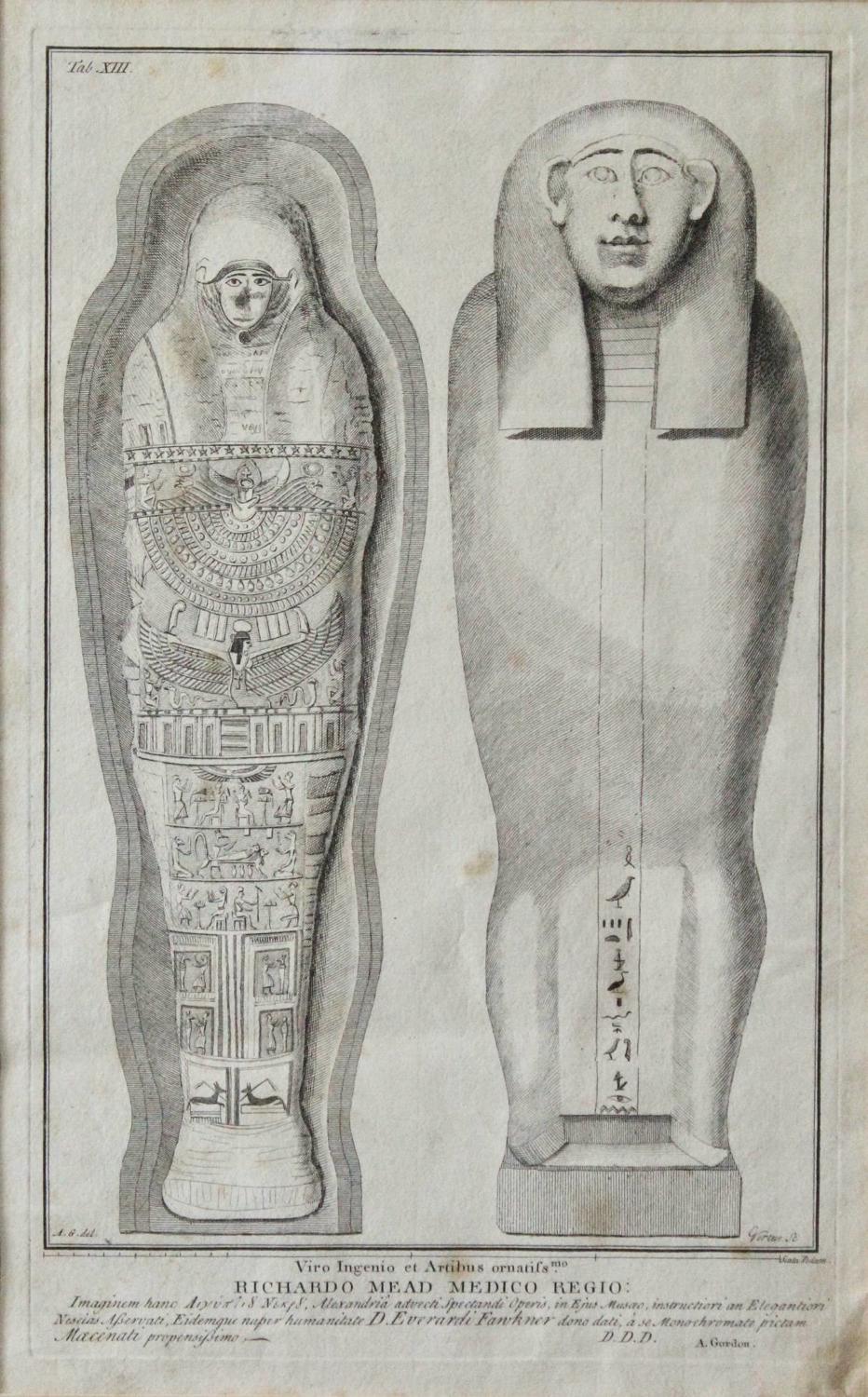 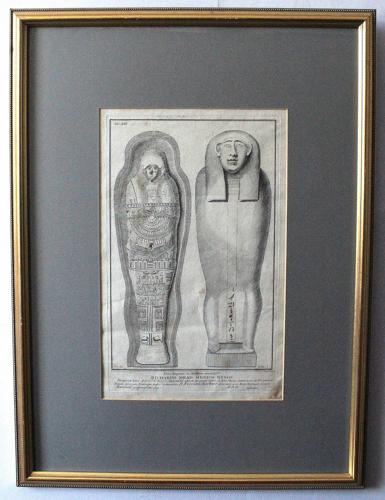 George Vertue after Alexander Gordon, Rare Engraving of an Egyptian Mummy from the Collection of Dr. Richard Mead, 1737

SOLD
George Vertue After Alexander Gordon - A rare engraving of an Egyptian mummy from Alexander Gordon's 'An Essay towards explaining the antient Hieroglyphical Figures on the Egyptian Mummy in the Museum of Doctor Mead', 1737, Plate viii.
Alexander Gordon ((1692 – 1755) was an antiquary and secretary of the Egyptian Society.  He published two very learned treatises to solve the mysteries of hieroglyphics and to illustrate "all the Egyptian mummies in England". One of these treatises being 'An Essay towards explaining the antient Hieroglyphical Figures on the Egyptian Mummy in the Museum of Doctor Mead'.
Dr Richard Mead (1673-1754) was an eminent Royal physician and one of the founding governors of The Foundling Museum.  He was also a scholar and collector of antiquities, coins, paintings and sculpture.  He built a gallery at his home in Great Ormond Street to house his collections where he welcomed scholars and artists, holding a weekly club attracting leading intellectuals of the day.  He was also a great patron of the arts and Mead s collections were dispersed after his death in 1754.  The mummy illustrated in the engraving was purchased by William Hunter (Huntarian Museum) on his death.  Mead was buried at Temple Church, London and a monument was erected in Westminster Abbey in commemoration. Today, Mead s reputation and achievements are little known.
George Vertue (1683-1756) was official engraver to the Society of Antiquaries, appointed in 1717, the same year as its formal foundation.
Plate size: 38cm x 23.4, mounted and within a modern gilt frame ( Framed size 69cm x 51cm)
Condition: The plate is complete and not cut down, a good, clean impression on laid paper, some areas of discolouration to the paper.
A copy of this engraving can be found in the National Library of Scotland.