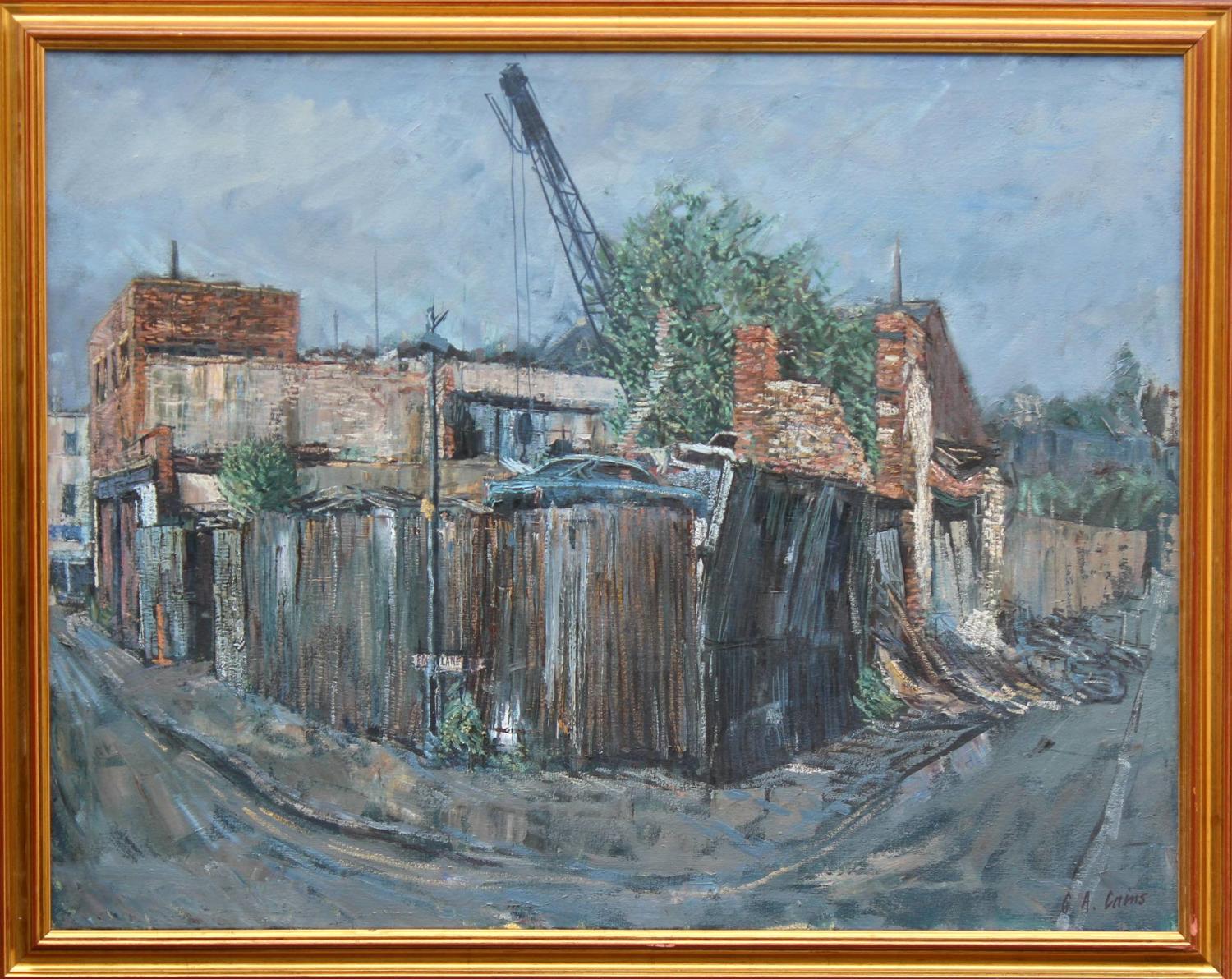 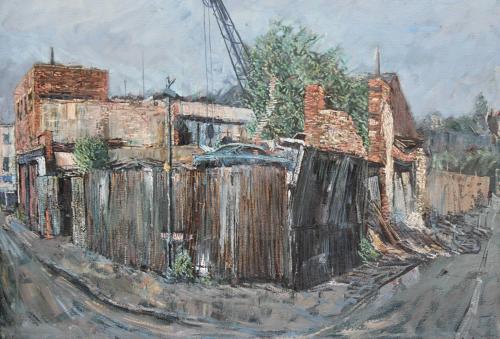 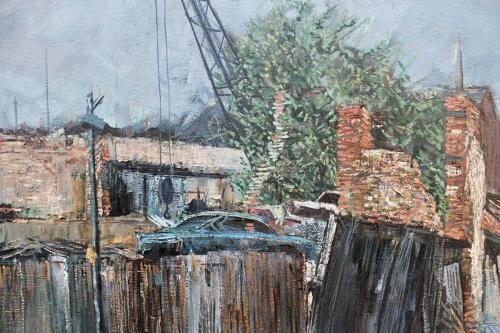 Gerald Albert Cains Oil on Canvas of a Scrapyard

H: 70cm (27.6")W: 90cm (35.4")
SOLD
Gerald Albert Cains, Oil on Canvas of a Scrapyard, 70cm x 90cm not including frame.
Gerald Cains was trained at the Southern College of Art in Portsmouth, attaining the National Diploma in 1953, later continuing to attain an Art Teachers Diploma in 1957 and an Advanced Diploma in Art Education in 1976. He was elected ARWA in 1970, and RWA in 1978.
Throughout his career Gerald Cains has been selected for numerous mixed and one-man exhibitions, he was a finalist in the One Love Football Exhibition, Liverpool in 2008 and has regularly exhibited at the RWA since 1969. Touring exhibitions in which he has been represented include the Arts Council of Great Britain and The Art Federation Bureaux, London. His work is also represented in collections throughout Britain, including Walsall Art Gallery, the Royal West of England Academy, The Victoria Art Gallery in Bath, The Bristol Museum and Art Gallery, Lancashire Museum Art Service and the Wessex Collection at Longleat House.
The dictionary of Art in Britain since 1945 by David Buckman describes Gerald Cains as `Cairns early influence by the Social Realist of Camden Town and London Group Painters and was noted for subdued colour townscapes`.
Bibliography courtesy of www.RWA.org.uk