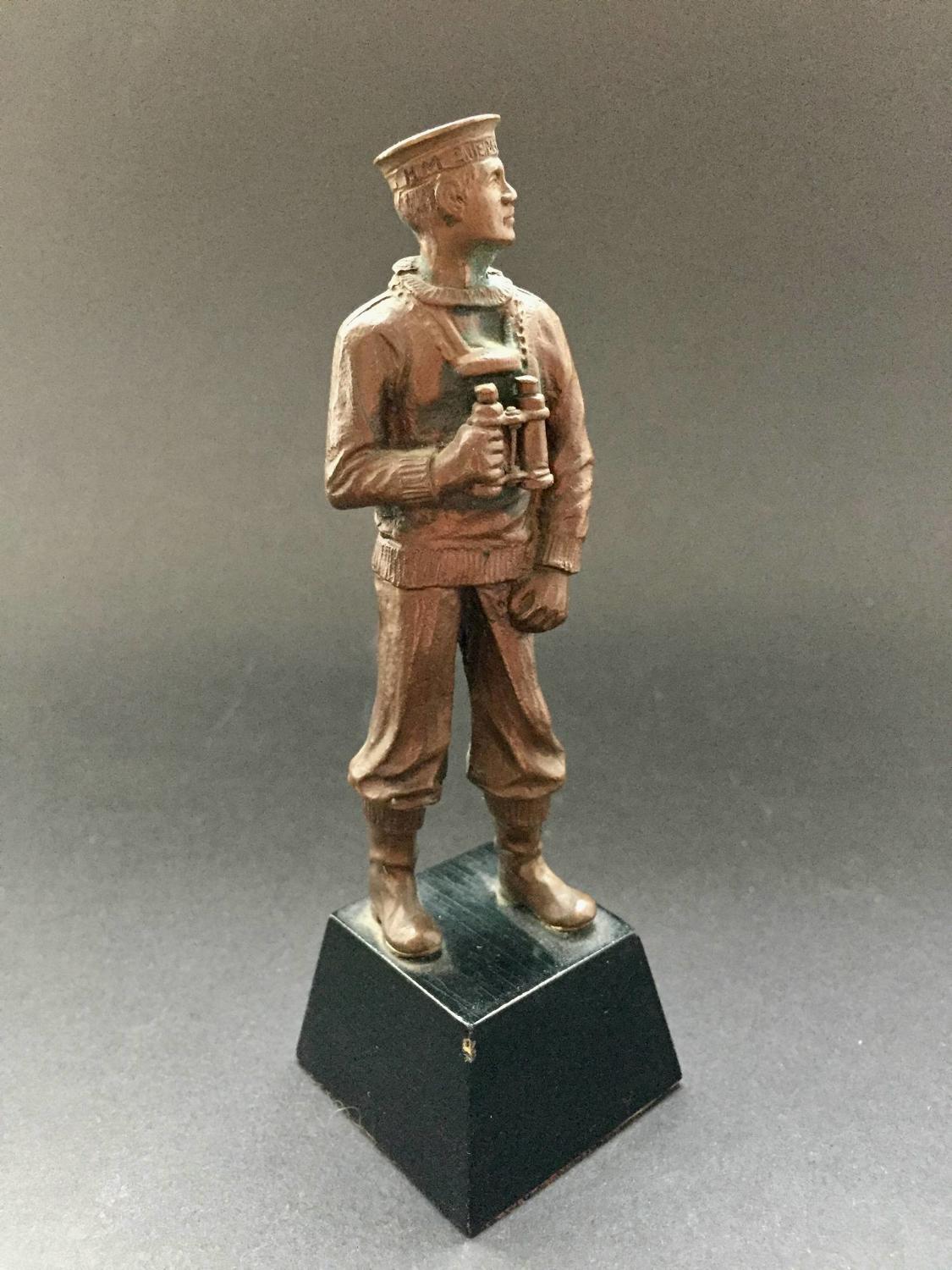 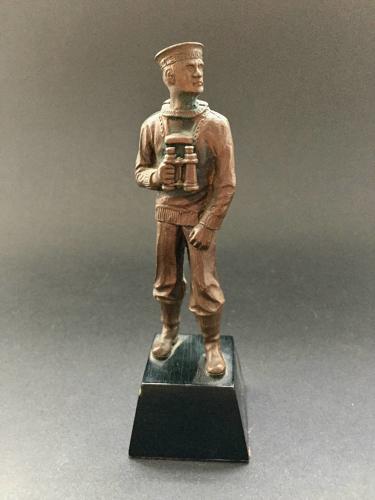 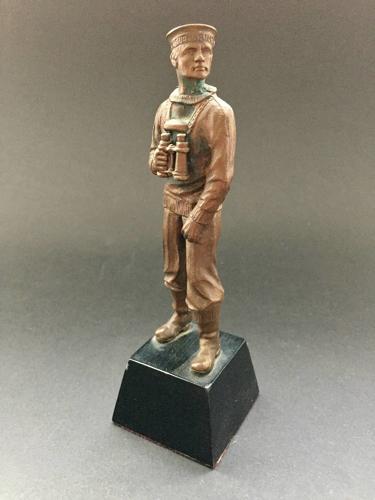 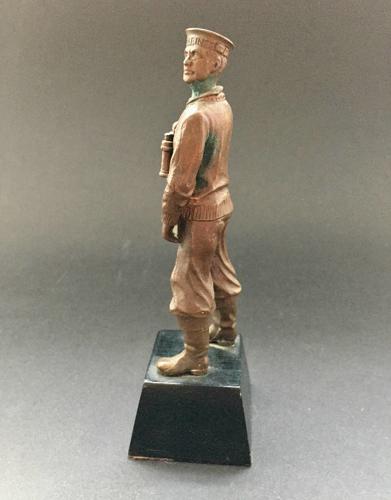 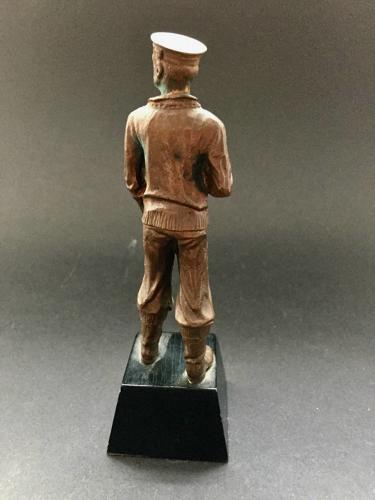 H: 13cm (5.1")
SOLD
A bronze figure of 'HMS Submariner' depicting a submariner lookout figure from World War II after the original from the Combined Services Memorial in Westminster Abbey, raised on a tapering square base.
The mariner figure of the memorial was designed by Gilbert Ledwood and the submariner modelled on leading seaman Reginald Read.
The figure is nicely detailed and has a mid brown colouration with some verdigris.  Mid 20th Century in date.