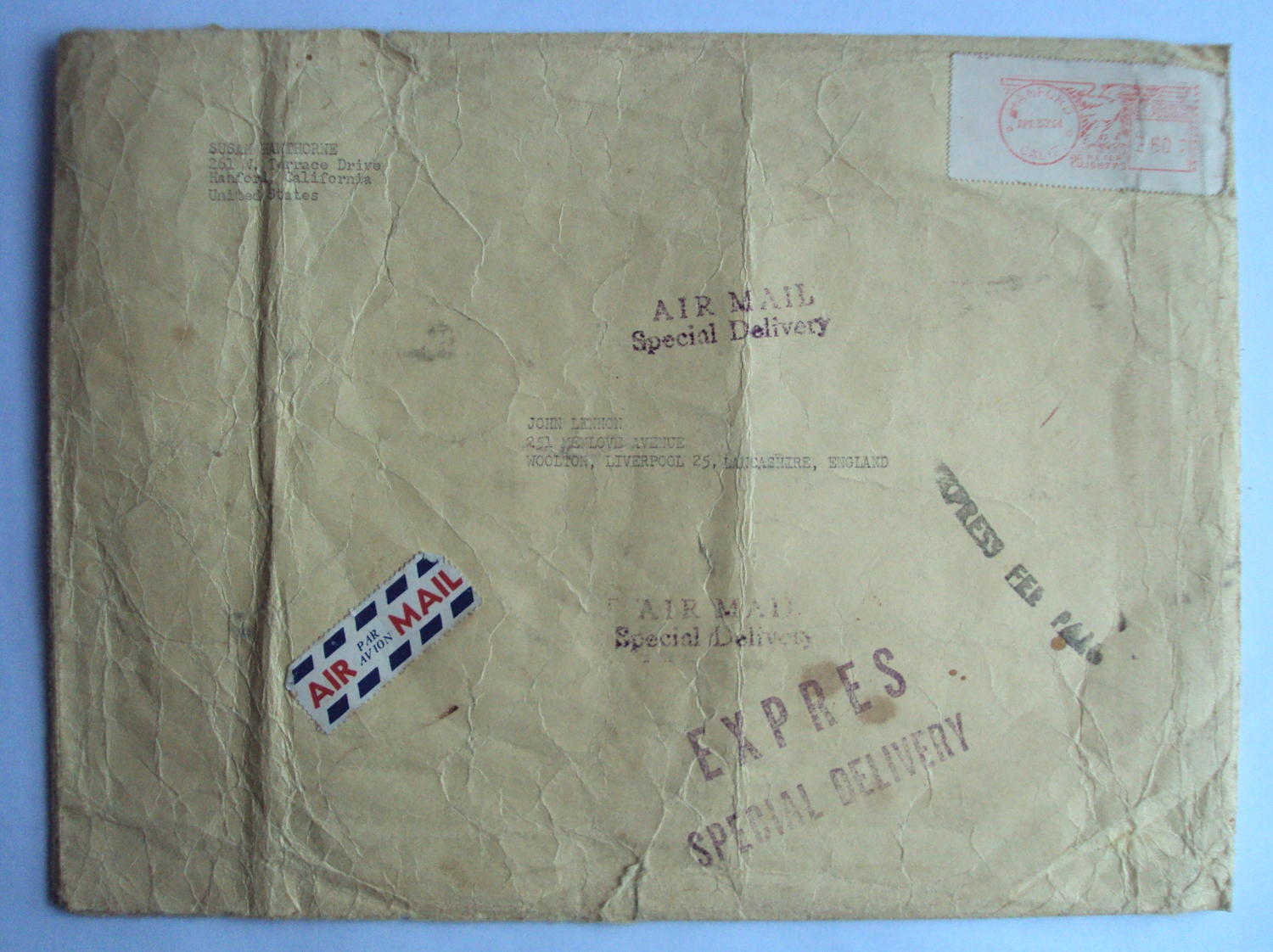 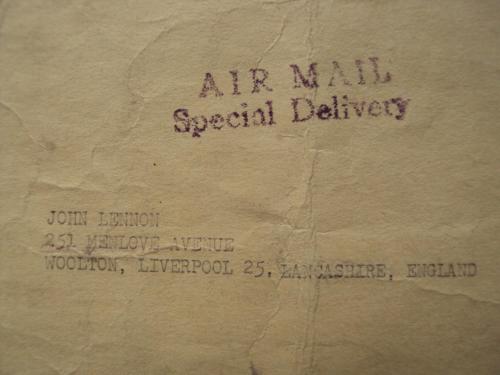 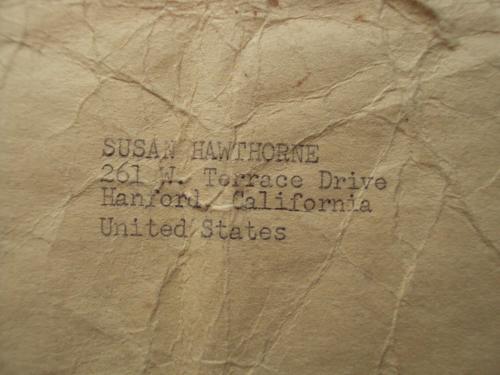 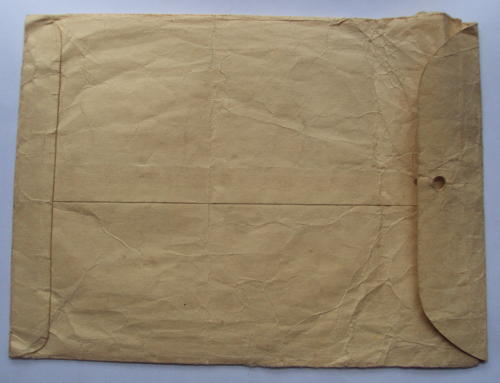 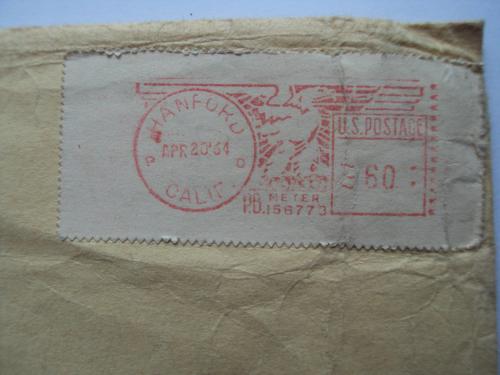 JOHN LENNON - The Beatles, An Envelope Addressed to John Lennon

SOLD
JOHN LENNON - The Beatles. An A5 manilla envelope sent to John Lennon on April 20th, 1964, and addressed to his childhood home 251 Menlove Avenue, Liverpool, known as Mendips. Lennon was raised here by his Aunt Mimi and her husband George Smith. The house is now managed by the Natio nal Trust. The envelope has a senders address for Hanford, California and is dated with a pre-paid postage label.