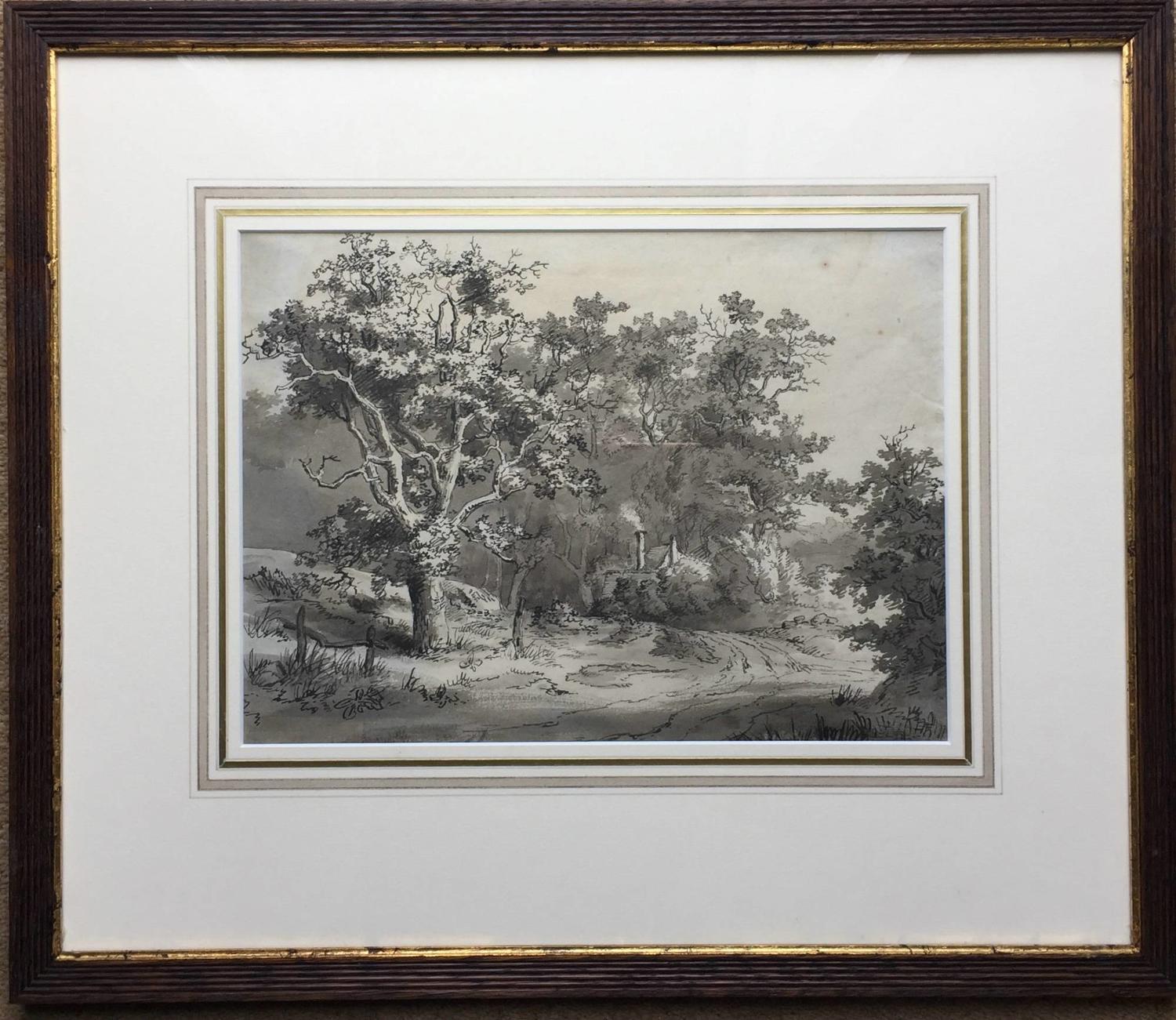 SOLD
Joseph Barber (1757 - 1811), Cottages within a tree filled landscape, pen and Ink and wash drawing, within a 20th Century gilt and watercolour wash lined mount and Hogarth type frame, with a Walker Galleries, New Bond Street, London label to the reverse and a catalogue description cut from a Sotheby's sale catalogue from 1963.
Image size 22cm x 31cm, total including frame 43cm x 51.5cm.
Joseph Barber (1757 was an English landscape painter and art teacher, and an early member of the Birmingham School of landscape painters.
Born in Newcastle upon Tyne, Barber moved to Birmingham in the 1770s. In 1798 he was appointed to teach drawing at the Free Grammar School holding classes in his studio. By the mid-1880s he was well established as the town's first drawing master, with an academy training artists, his pupils included David Cox, William Radclyffe and Samuel Lines.  His work consists largely of drawings and watercolours of rustic landscape scenes - including pictures of North Wales, which he was the first of many Birmingham artists to paint.  His works feature in the collections of the British Museum, the Victoria and Albert Museum and Birmingham Museum and Art Gallery.