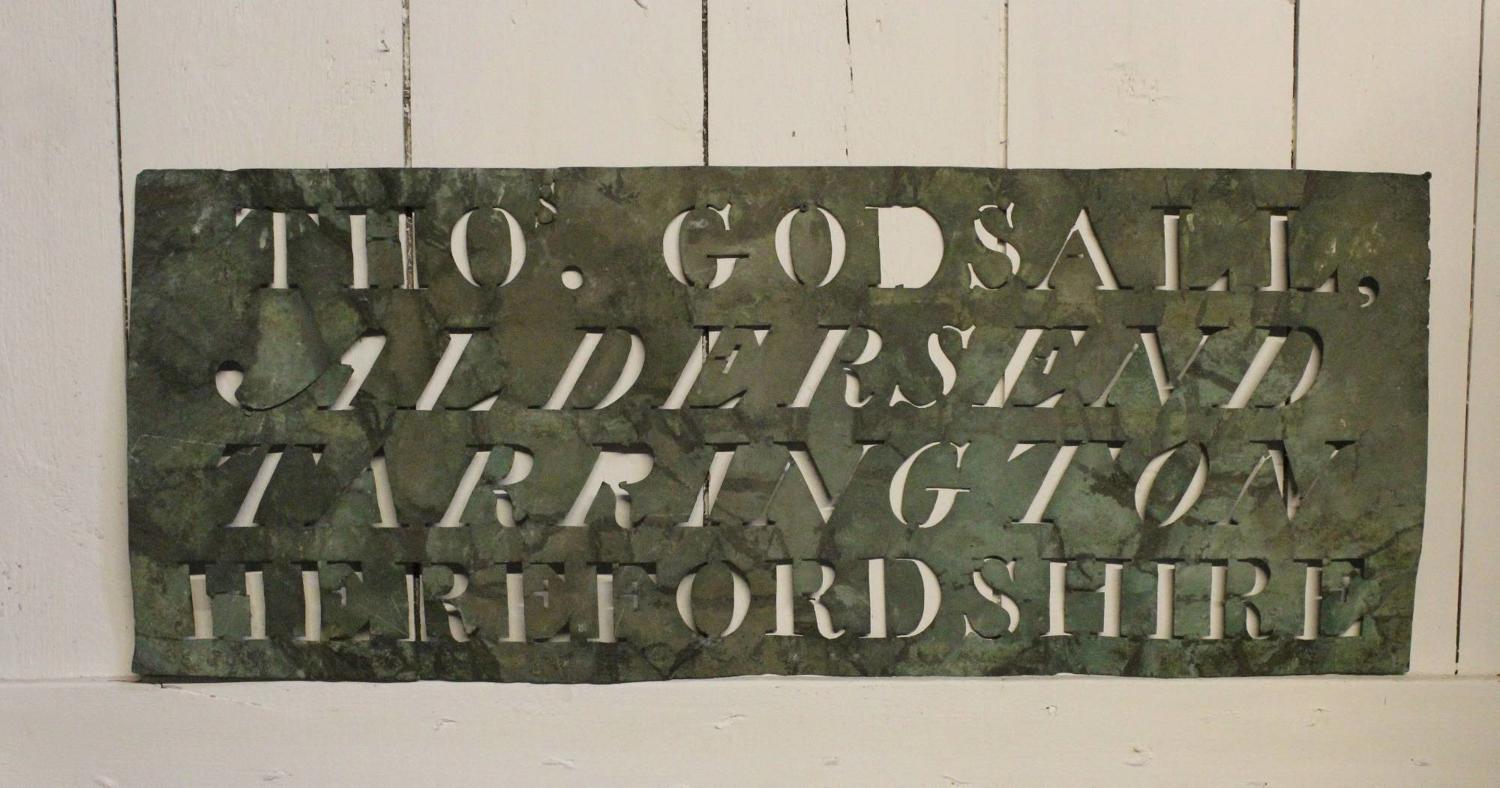 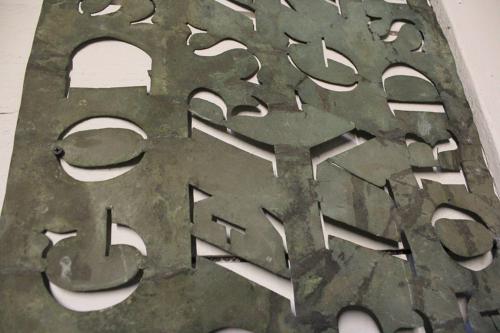 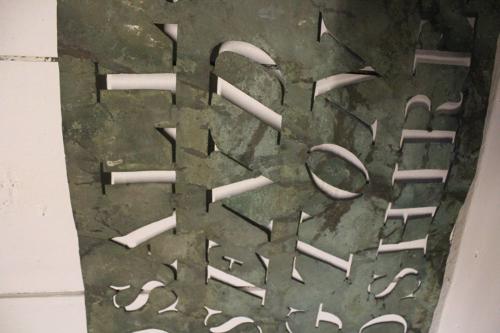 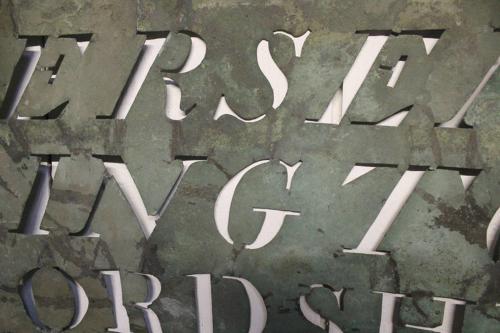 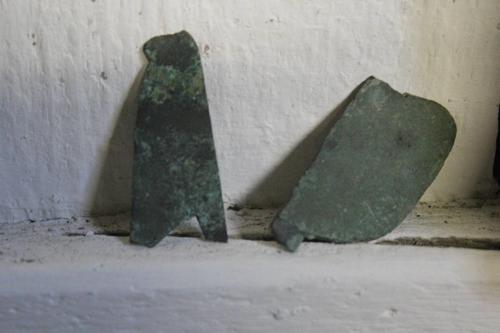 H: 48cm (18.9")W: 123cm (48.4")
SOLD
A large and unique hand cut copper stencil dating from the early to mid 19th Century, possibly an agricultural stencil, which reads
'THOs. GODSALL ALDERSEND TARRINGTON HEREFORDSHIRE', and has a lovely age-related verdigris finish.
Searches indicate that the Godsall family were involved in farming in and around Hereford and the Tarrington area during the 19th Century.
The stencil is uneven and crumpled in places due to the thickness of the copper, the centre section of the letter D is missing, the top central sections sections of the R and the A are disconnected but present and could be repaired.