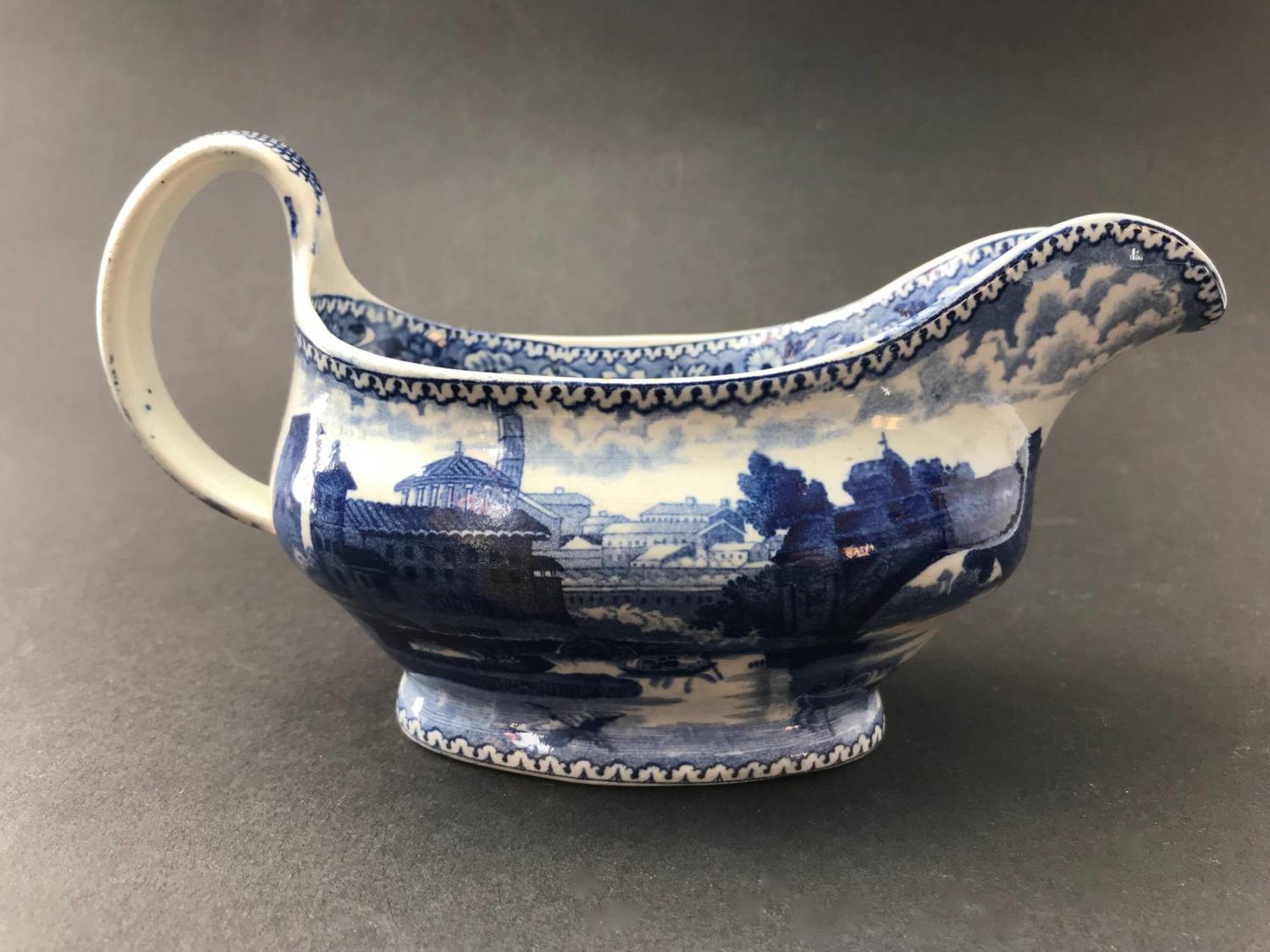 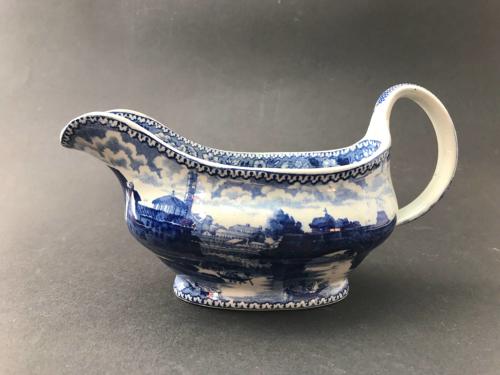 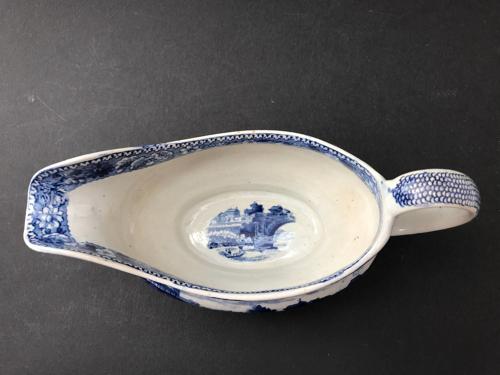 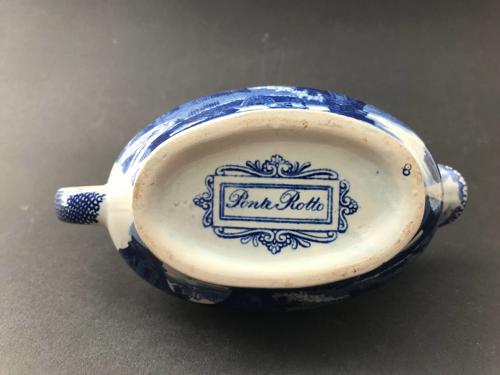 £110.00
A rare Lockett & Hume blue and white sauce boat in the 'Ponte Rotto' pattern, circa 1825.
Depicted in this scene is the River Tiber and what remains of the oldest stone bridge over the river linking Forum Boarium with Trastevere in Rome. Originally called Pons Aemilius (Ponte Emilio in modern Italian)and built in the 2nd Century BC, it was formed of six or seven spans. The eastern half was carried away in a flood in 1598 and subsequently the remaining half was renamed the Ponte Rotto or Broken Bridge. Most of the western half was demolished in the 1880s leaving just one arch standing mid-stream.
Backstamp: Ponte Rotto.
In excellent, clean, condition. No damage, restoration or glaze crazing,
21cm long.
Lockett & Hume were a short lived factory, working at Lane End, Staffordshire, and only in production between 1819 - 1826.