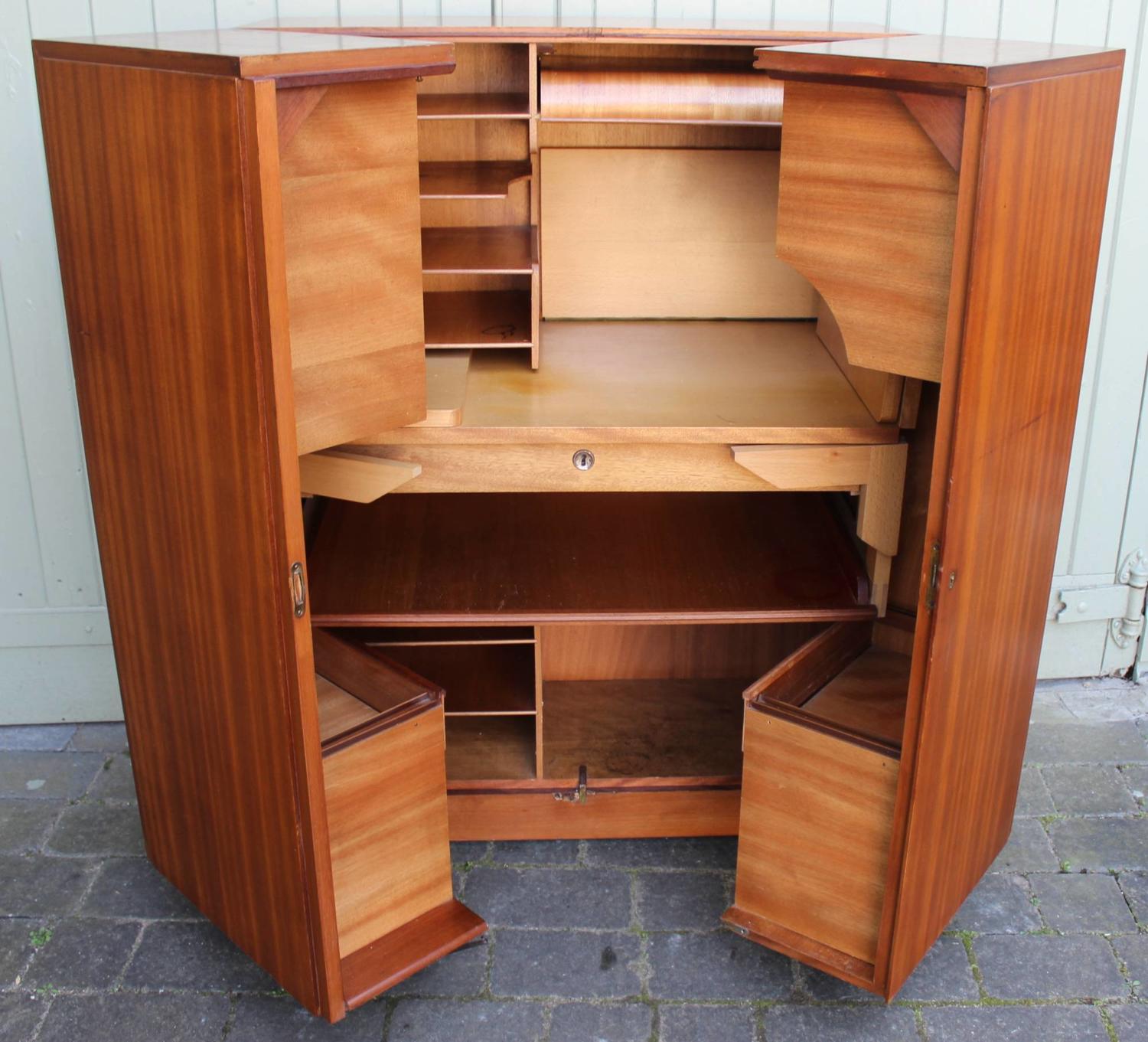 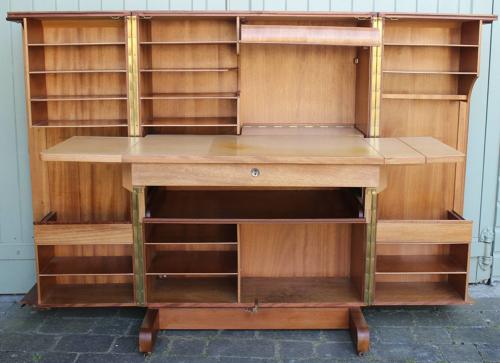 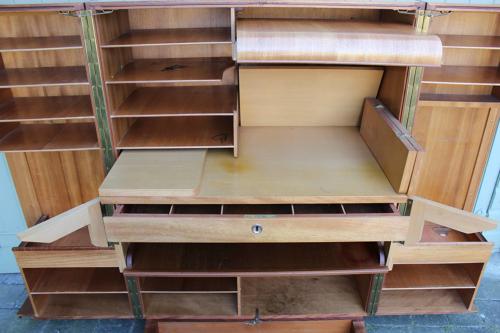 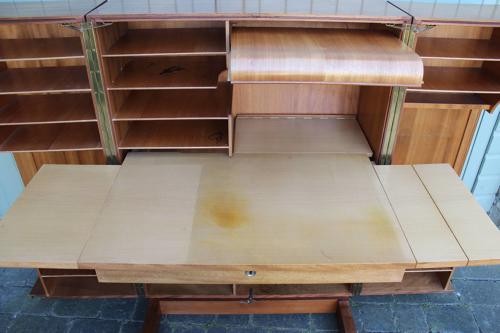 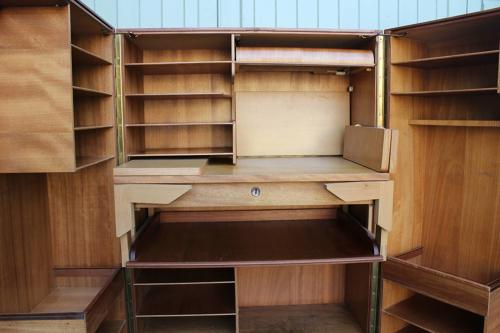 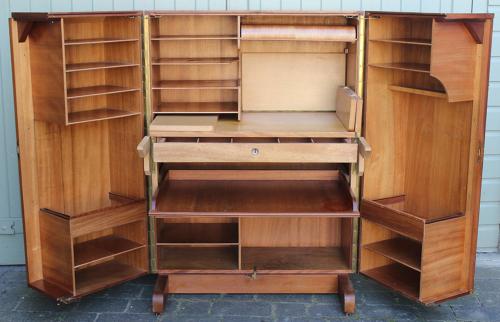 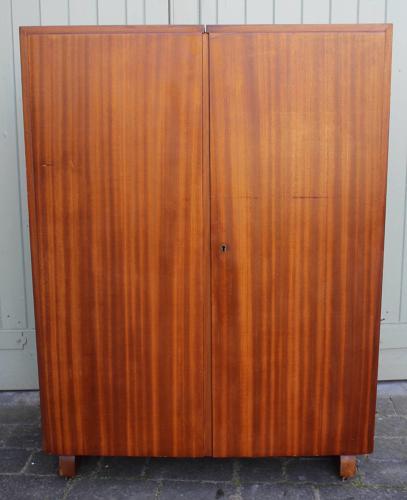 SOLD
A Mid Century teak metamorphic desk/workstation, probably by Mummenthaler & Meier of Switzerland, originally designed in 1928 but this example dates from the 1950's or early 60's.  Although this 'office in a box' design was copied by other furniture makers this example has it's original slide-out plywood lamp canopy over the work surface which is a feature of the Mummenthaler & Meier version.
The two doors open to reveal an interior fitted with shelves and compartments, the desk surface slides out with a fold down flap behind to allow a larger work surface and also folds out on both sides.  It has a slide out tray underneath the desk surface and a light under the slide out canopy overhead.  An ingenious space saving design which folds away into a small wardrobe when not in use.
It is in used vintage condition.  There is some scratching to the front which is visible in the photographs and the point at which the bottom door clips onto the main frame has suffered some damage; centrally on the catch and on the left hand side, however these could be tidied up.  It does not have a key or a bulb to the light fitting.
Measurements: 113cm high, 83cm wide, 54cm deep.  167cm wide when fully open.