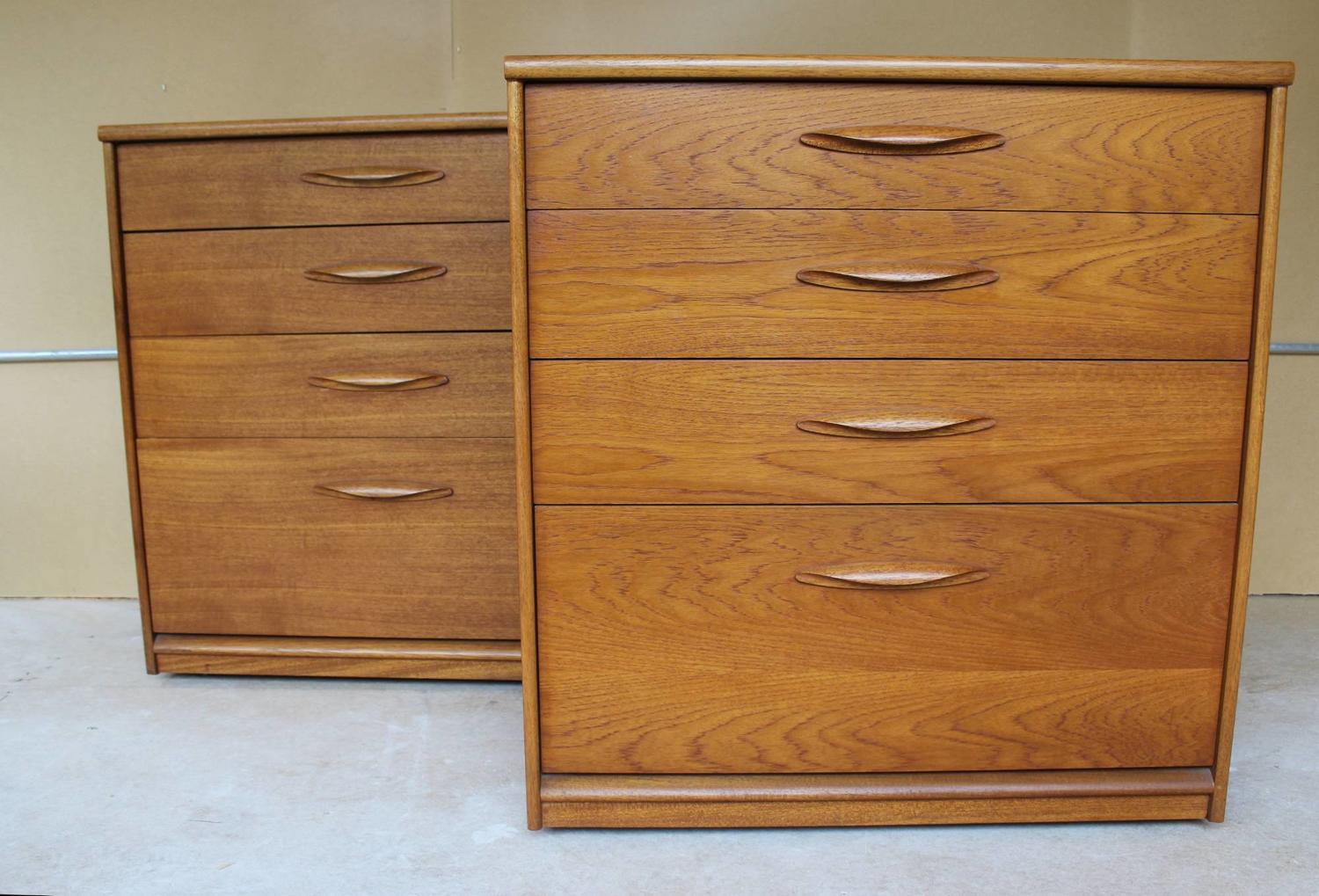 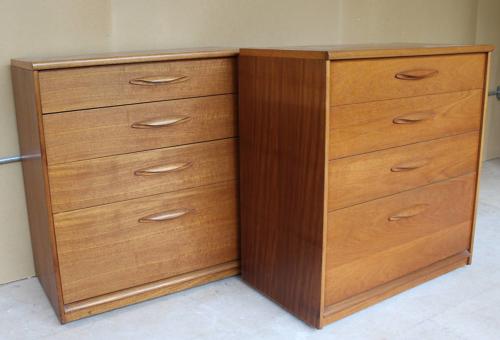 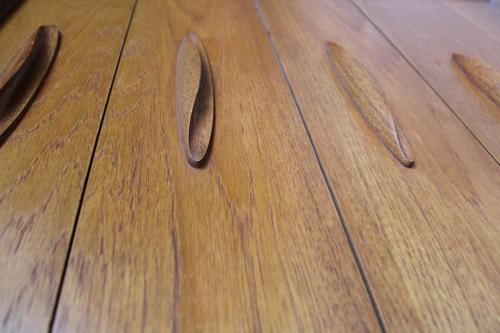 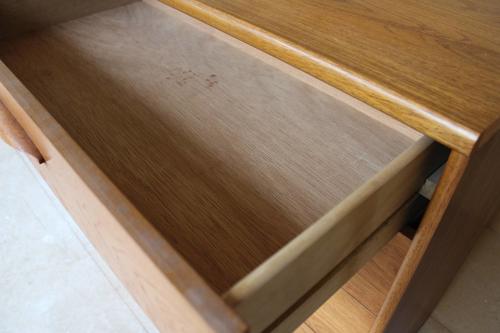 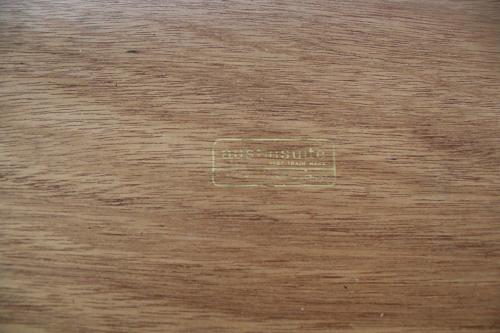 Pair of Frank Guille for Austinsuite Teak Chests of Drawers

H: 85cm (33.5")W: 79cm (31.1")D: 42cm (16.5")
SOLD
A stylish pair of 1960's teak chests of drawers designed by Frank Guille for Austinsuite.  Each with four graduated drawers and on concealed castors.
In good clean condition, with Austinsuite stamps.
Frank Guille trained under Robin Day and John Cole at the Beckenham School of Art in the 1940's and after serving with the Royal Navy studied Furniture Design at the Royal College of Art under Gordon Russell. In 1950, Guille received a sponsorship to the Kunst Akadamiet in Copenhagen where, under Kaare Klint, he gained the understanding of form that would shape his design work throughout this career. In 1953, following two years as assistant to the Modernist architect Wells Coates, Guille set up his own design practice. Among such clients as Heal and Sons, West of Scotland and Austinsuite,
From 1960 to 1992, Guille took on posts at the Royal College of Art, as Lecturer, Senior Lecturer and, finally, Head of Furniture Design.