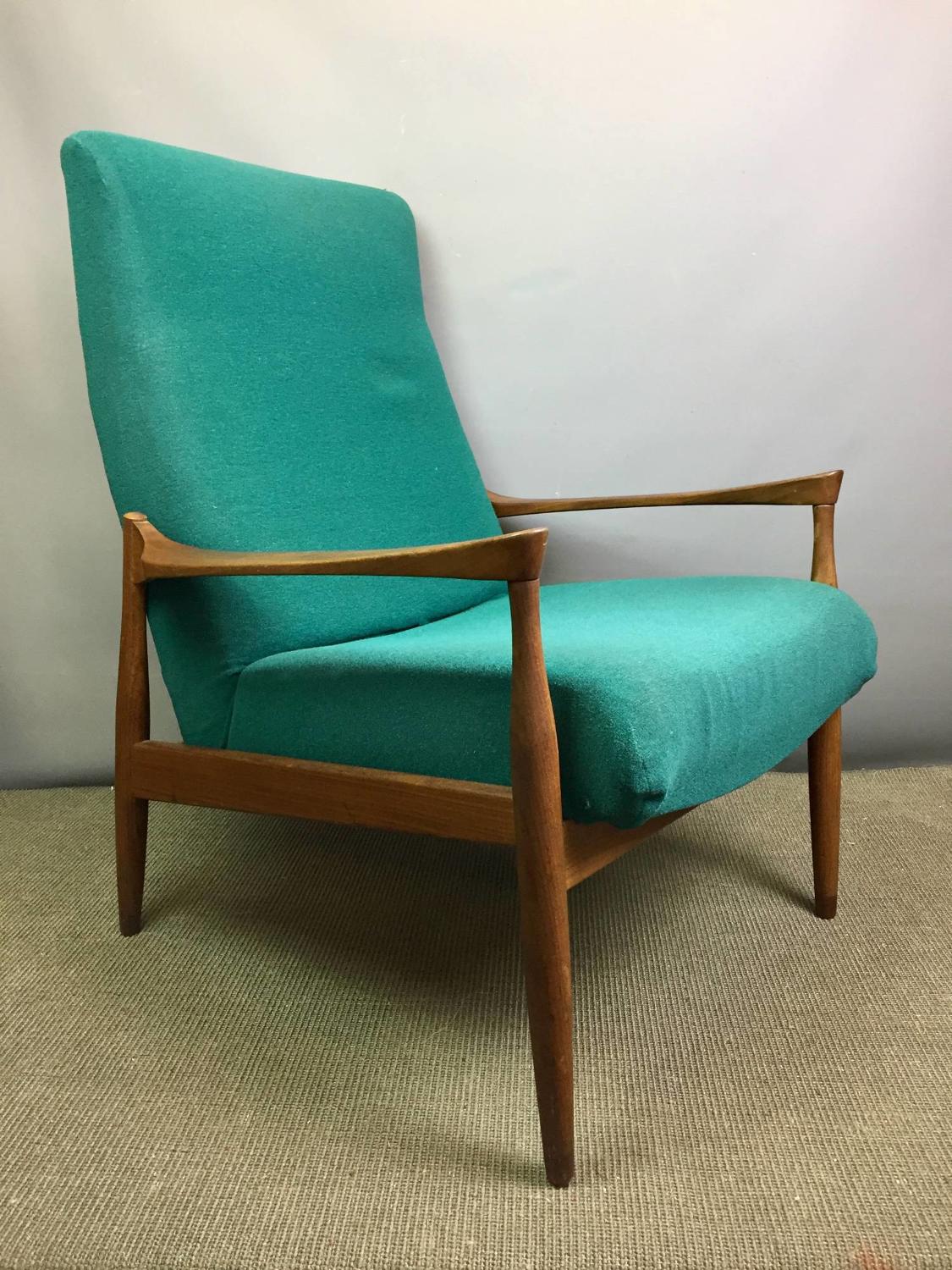 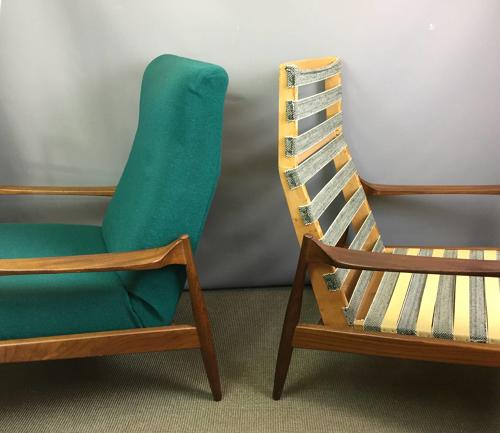 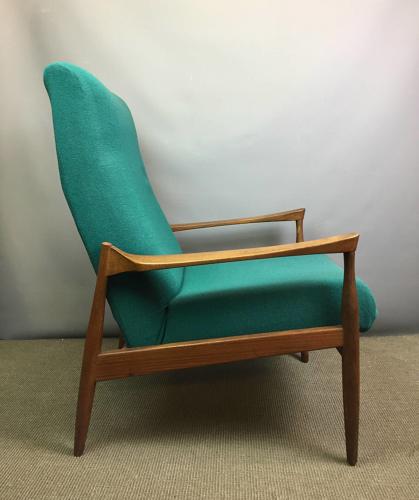 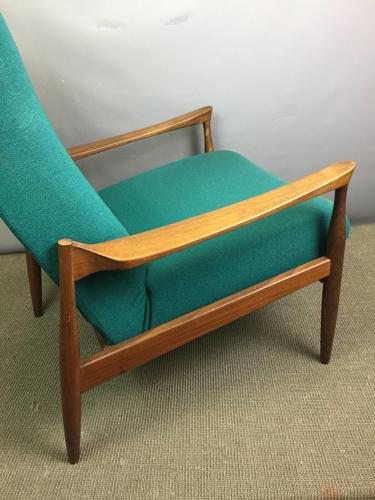 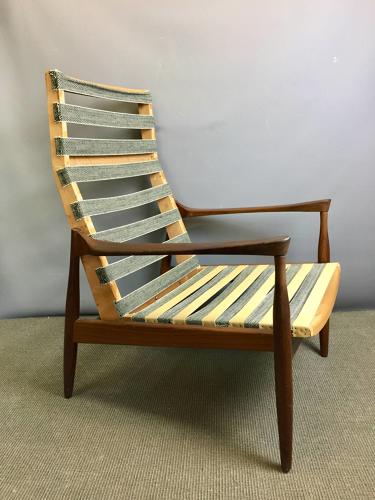 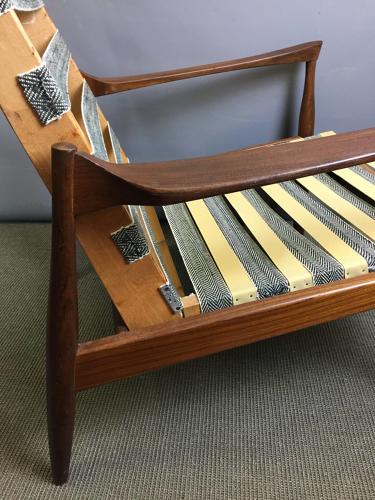 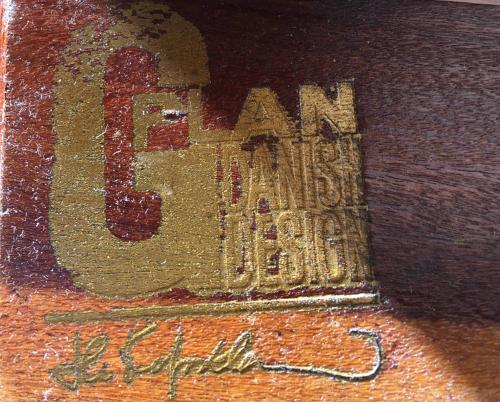 SOLD
A pair of Ib Kofod Larsen for G Plan Danish high-back lounge chairs, designed in 1962 under the 'Danish' range.
These are a rare model, in either afromosia wood or teak (I'm not sure which as they're very similar hardwoods but I have previously seen this model attributed as being afromosia).  They are extremely comfortable and structurally in good order.  One has been stripped back to the frame as can be seen in the photographs.  Both chairs were re-webbed and re-covered in 2006 according to the pencil annotation on the frame.  The second chair retains the covers and foam upholstery from when they were re-furbished.  I also have the original foam seat pad for the stripped chiar, although this will not comply with modern fire regulations.
With 'G Plan Danish Design' and Larsen signature stamp in gilt to the underside of the frame.
Kofod Larsen (1921–2003) was an architect and furniture designer and is considered one of the greats of Danish design.  After graduating from the Royal Academy of Fine Arts in Denmark, Kofod-Larsen quickly established a reputation as one of the best designers both in Denmark and internationally, working for the world's best furniture companies such as G-Plan and Faarup. In 1962 to meet the increasing demand for Scandinavian furniture G Plan hired Kofod-Larsen to create a new and exclusive range marketed through the top of the line 'Danish' range which are arguably the best pieces G-Plan ever produced. His clean designs, often in teak, rosewood or palisander, have become highly coveted by design collectors.
Back - 100cm high, Seat - 70cm wide, 90cm deep, 40cm high.