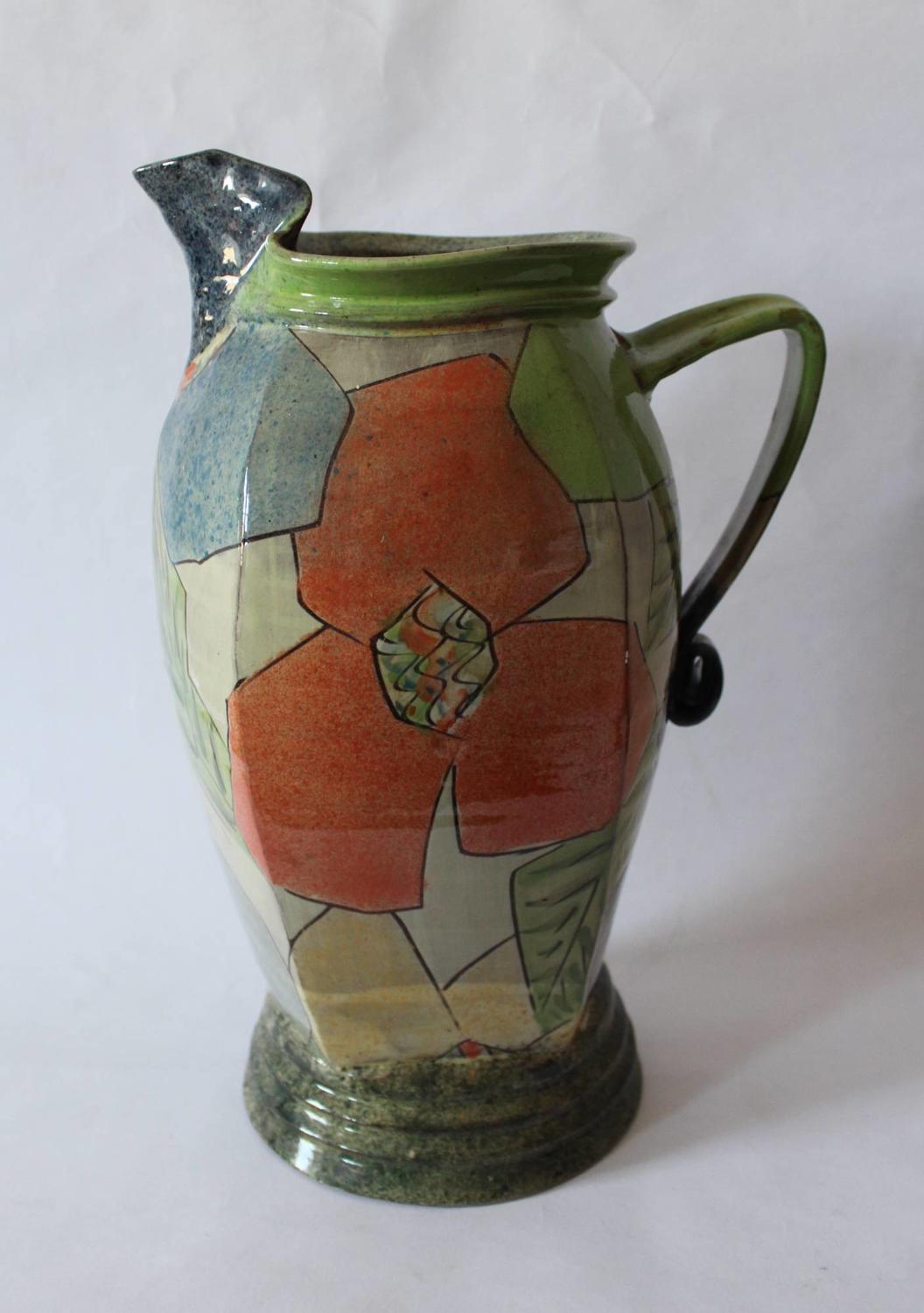 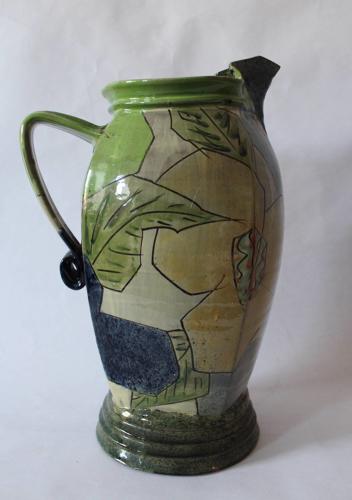 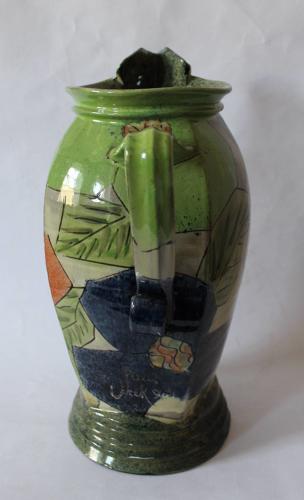 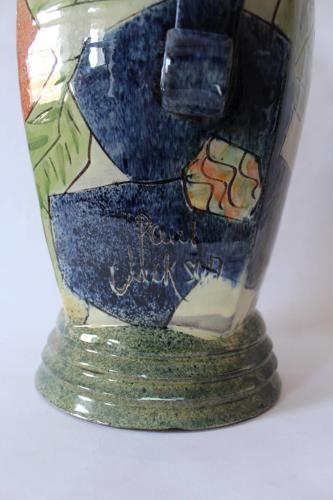 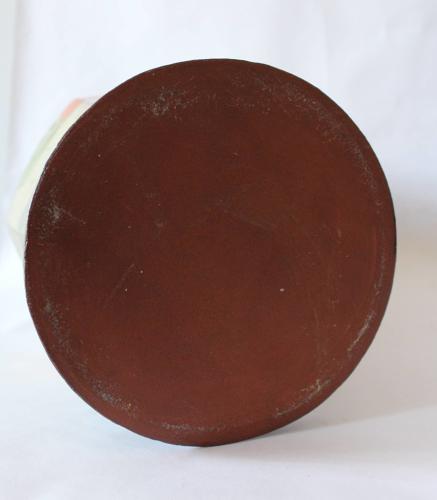 H: 38cm (15")
SOLD
A large Paul Jackson Terracotta abstract Jug, of bulbous pentagonal form with stepped base and angular handle terminating in a scroll, the incised floral decoration in Art Deco style with mottled and streaked blue, green and yellow glazes highlighted in red ochre.
Paul Jackson qualified in Studio Ceramics in 1977 at Harrow School of Art. Following a short period teaching in London, he relocated to Cornwall, where he established his pottery in 1979. He moved to his present home at Helland Bridge, where he works in a studio converted from an old chapel, in 1989. He has exhibited regularly and widely in both the UK and the US, and his work can be found in many major galleries.

The unique character of Paul Jackson s work derives from two interrelated processes. Each piece is first thrown on the wheel, then subtly altered in form – giving the pot an individual character and strength defined by a journey of discovery. The journey continues during decoration, where the pot s elegance and sense of balance grow directly out of Paul s concern for harmony between form, colour, and the painted surface.
Ref:  www.paul-jackson.co.uk/