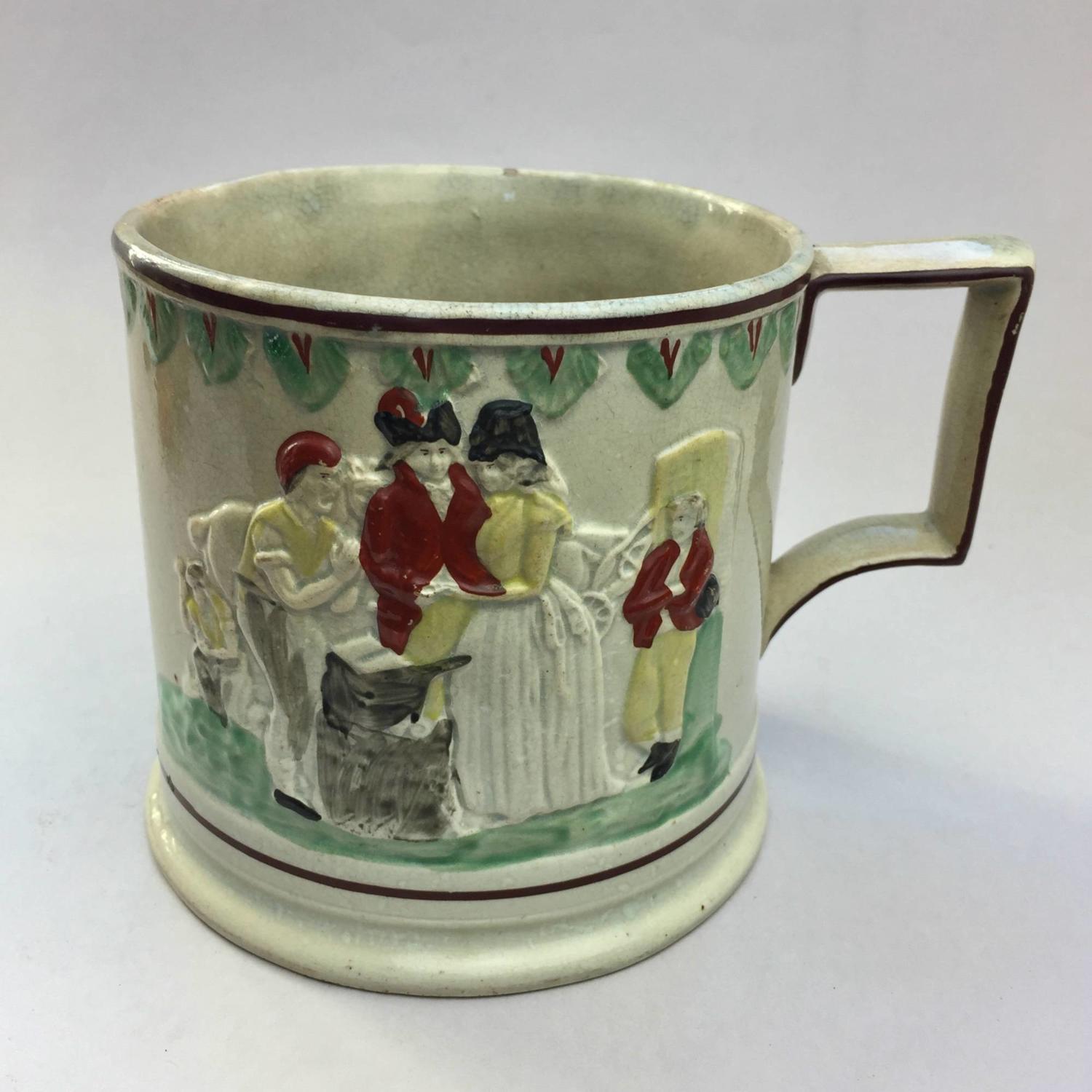 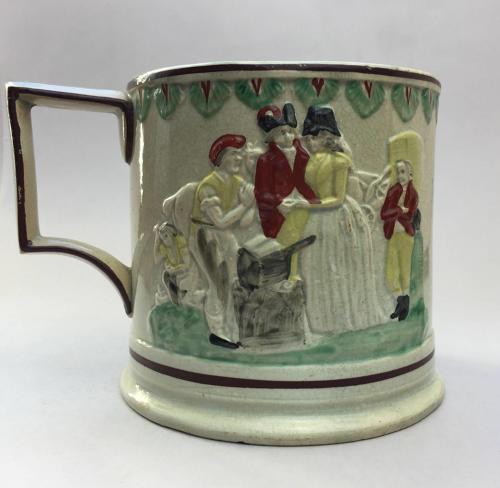 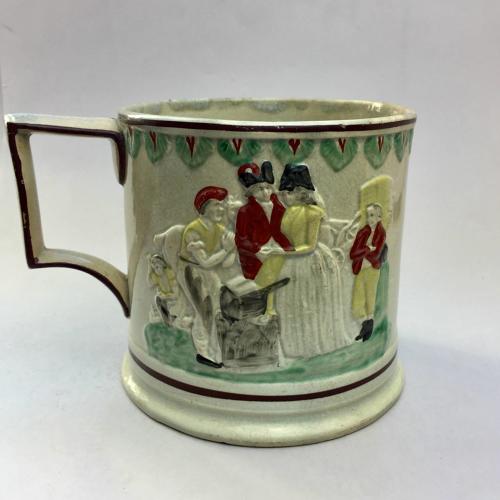 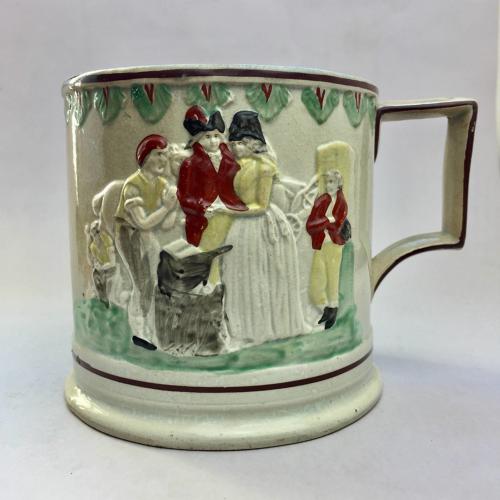 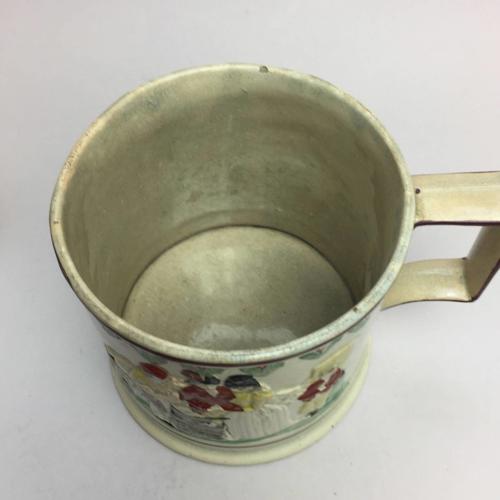 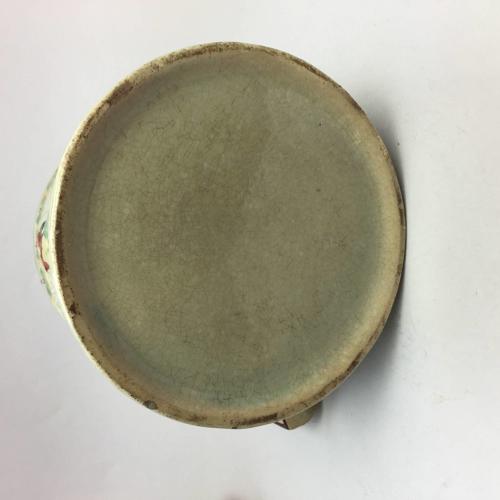 H: 12cm (4.7")W: 11cm (4.3")D: 11cm (4.3")
SOLD
A large early 19th Century pearlware mug, moulded in relief and painted in colours with a scene of a couple at a Gretna Green 'Anvil' wedding within stiff leaf and lined borders.
Gretna Green is one of the world's most popular wedding destinations,[citation needed] due to its romantic wedding traditions dating back over centuries, which originated from cross-border elopements stemming from differences between Scottish marriage laws and those in neighbouring countries.
Gretna Green's famous "runaway marriages" began in 1754 when a Marriage Act came into force in England whereby if a parent of a minor objected to a marriage, the parent could legally veto the union.  However, this did not apply in Scotland, where it was possible for boys to marry at 14 and girls at 12 with or without parental consent.  Scottish law allowed "irregular marriages", meaning that if a declaration was made before two witnesses, almost anybody had the authority to conduct the marriage ceremony. The blacksmiths in Gretna became known as "anvil priests" and the blacksmith and his anvil became lasting symbols of Gretna Green weddings.
Condition: There is general staining to the glaze, one small chip to the glaze at the inner rim and one tiny chip to the underside of the base.