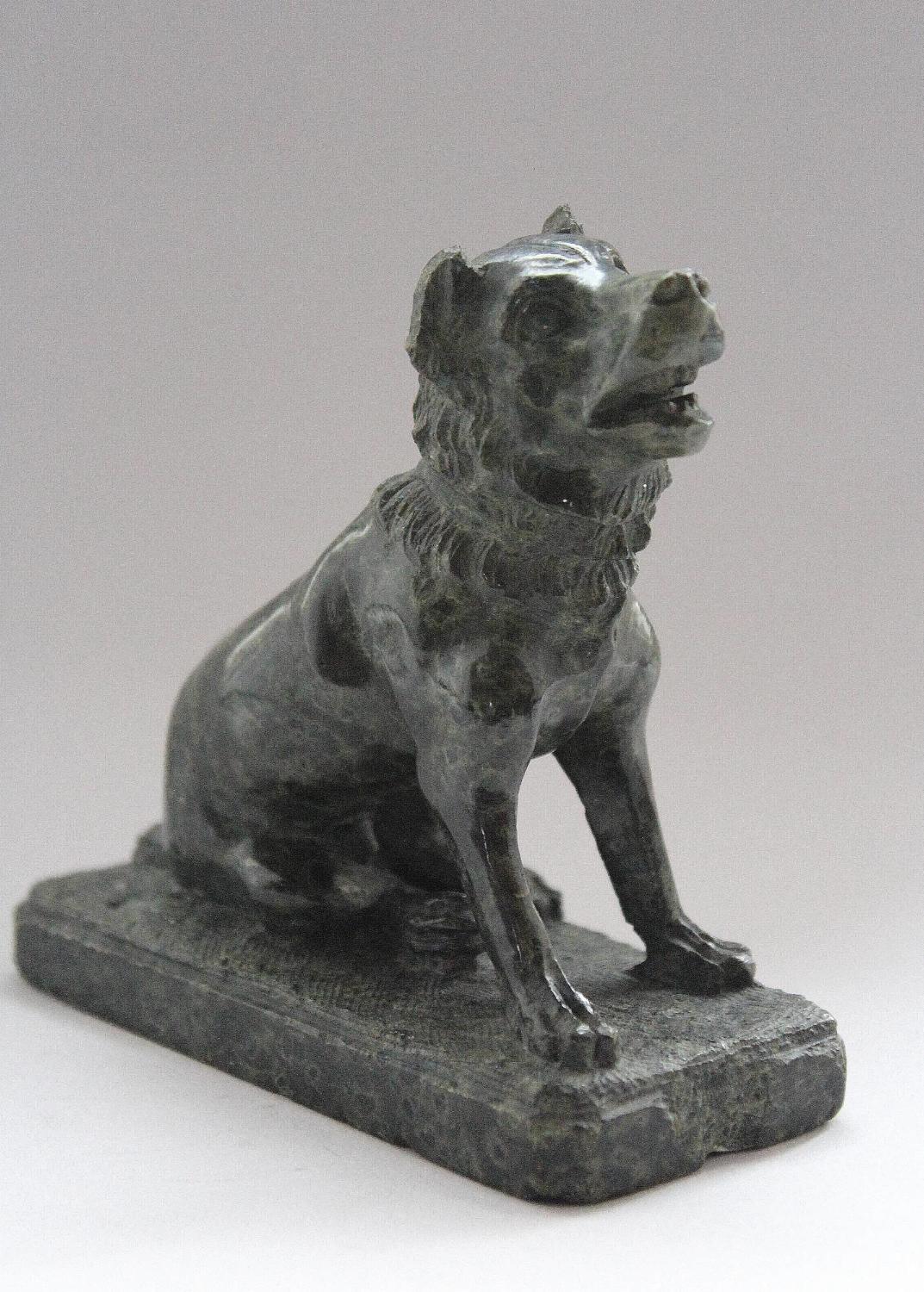 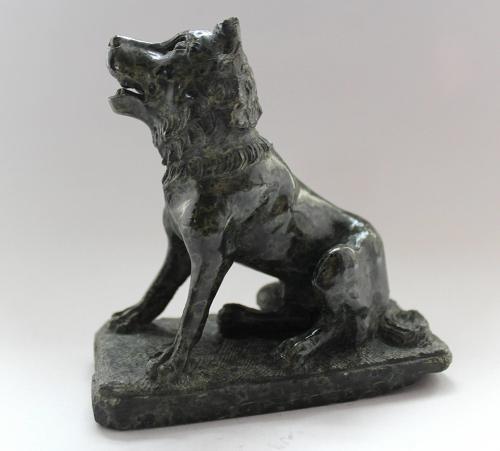 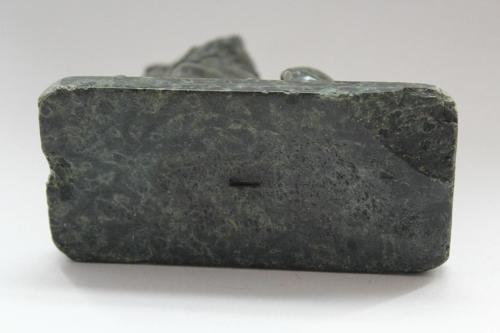 Serpentine Grand Tour 'Dog of Alcibiades' After the Antique

H: 10.3cm (4")W: 10.3cm (4")
£125.00
An After the Antique Grand Tour carved serpentine model of The Dog of Alcibiades, also known as 'Jenning's Dog'.
The original 2nd Century AD Roman sculpture was named after its first owner Henry Constantine Jennings, who acquired it in Rome in the 1750's.  It is also sometimes referred to as 'Duncombe's Dog' as during the 1770's it was sold by Jennings to settle gambling debts.  Purchased by Rt. Hon Charles Duncombe it stood in the entrance hall at Duncombe Park, Yorkshire until 2001.  It is now on display at The British Museum.
A nice little example, some chipping to the base and slight chipping to the ears.