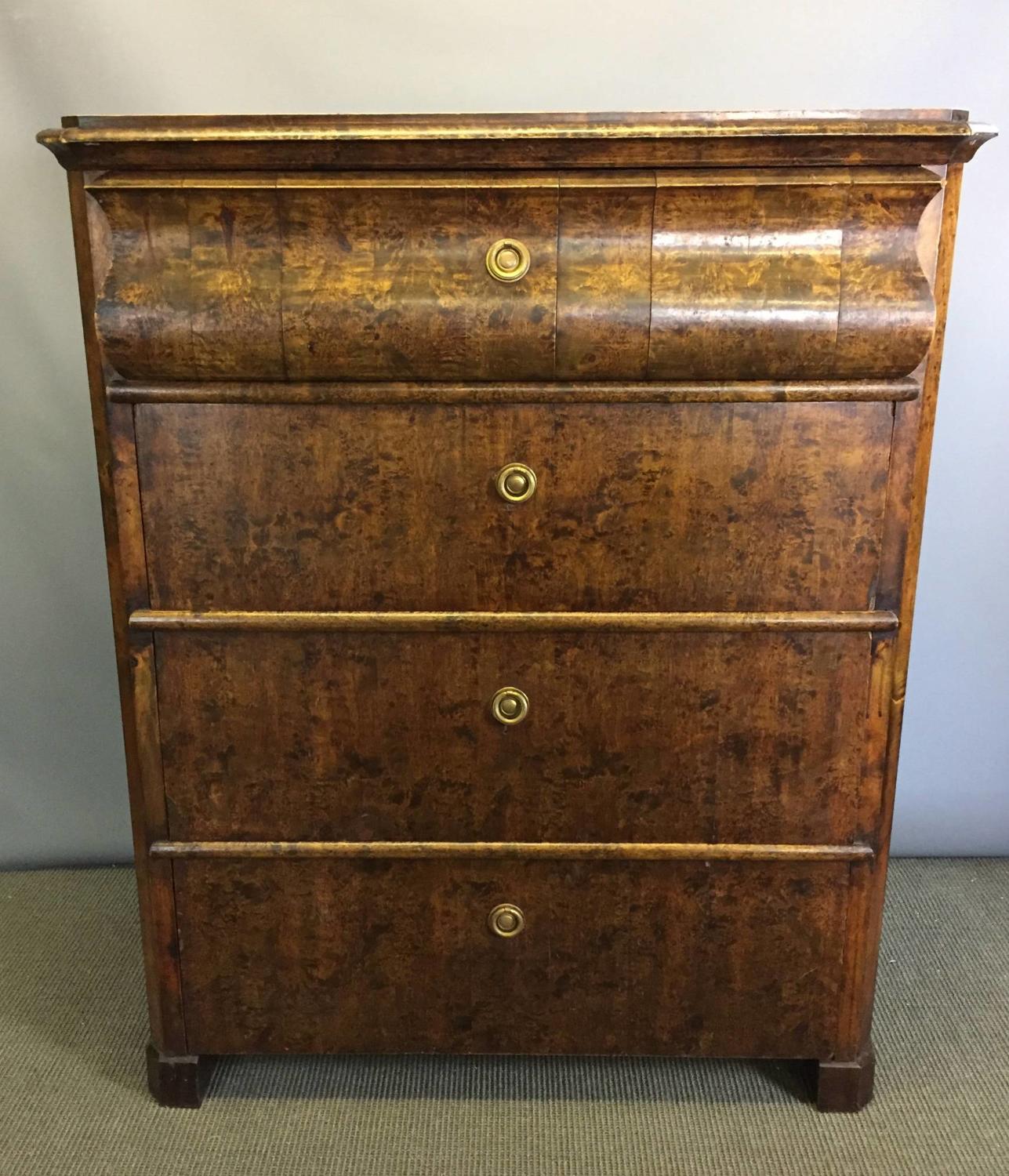 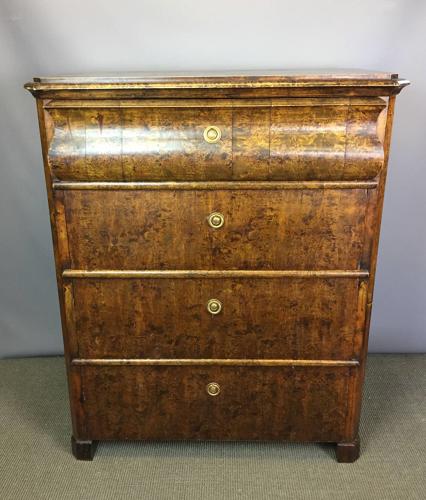 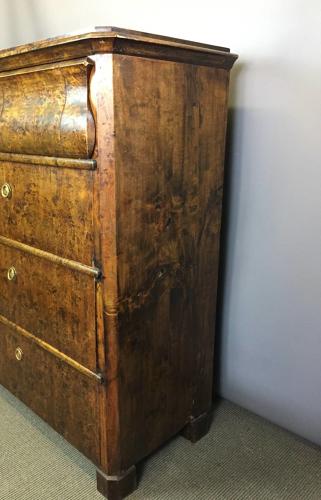 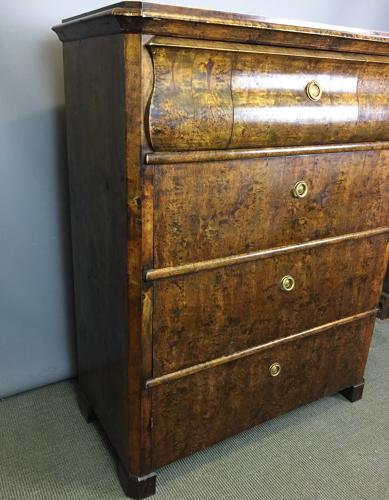 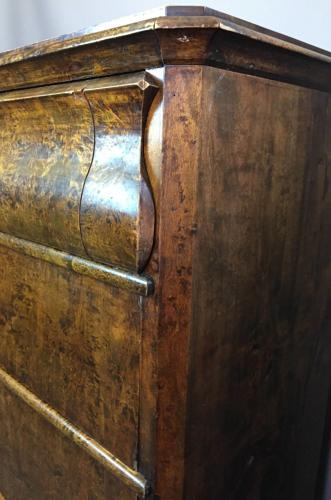 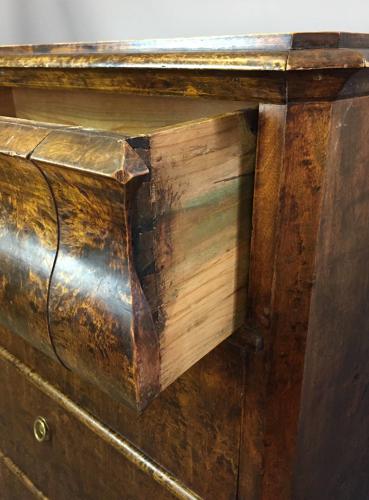 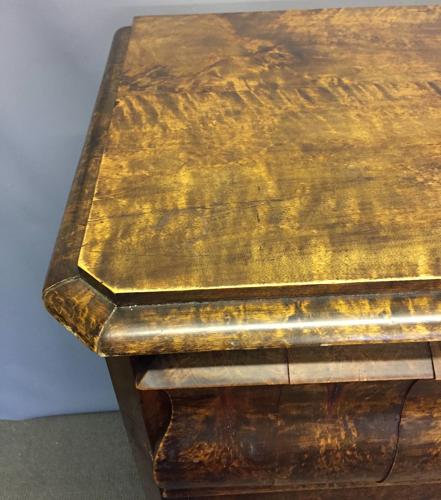 SOLD
A 19th Century Swedish walnut and faux walnut tall chest of drawers of unusual design, the top with a moulded edge over a bombe shaped top drawer and three further drawers, with brass gilt ring handles, canted corners and raised on block feet.
The chest appears to date from the early 19th Century but was very likely modified in the latter part of the 19th Century when the lock plates were covered up with the ring pull handles.  Continental antique chest of this type typically do not have handles and can only be opened by pulling on the key in the lock.  Given that this can be a little difficult many chests have later added handles which is the case in this instance.  Four of the drawers have locks by E.A. Naesman & Co., the fourth drawer is missing the lock.  The chest is extremely heavy with thick walnut veneers which has been painted with a faux-bois finish on the drawer fronts along with some veneer repairs and infill.  This is very likely to have been done at the same time the handles were added.
113cm high x 87cm wide x 41cm deep.