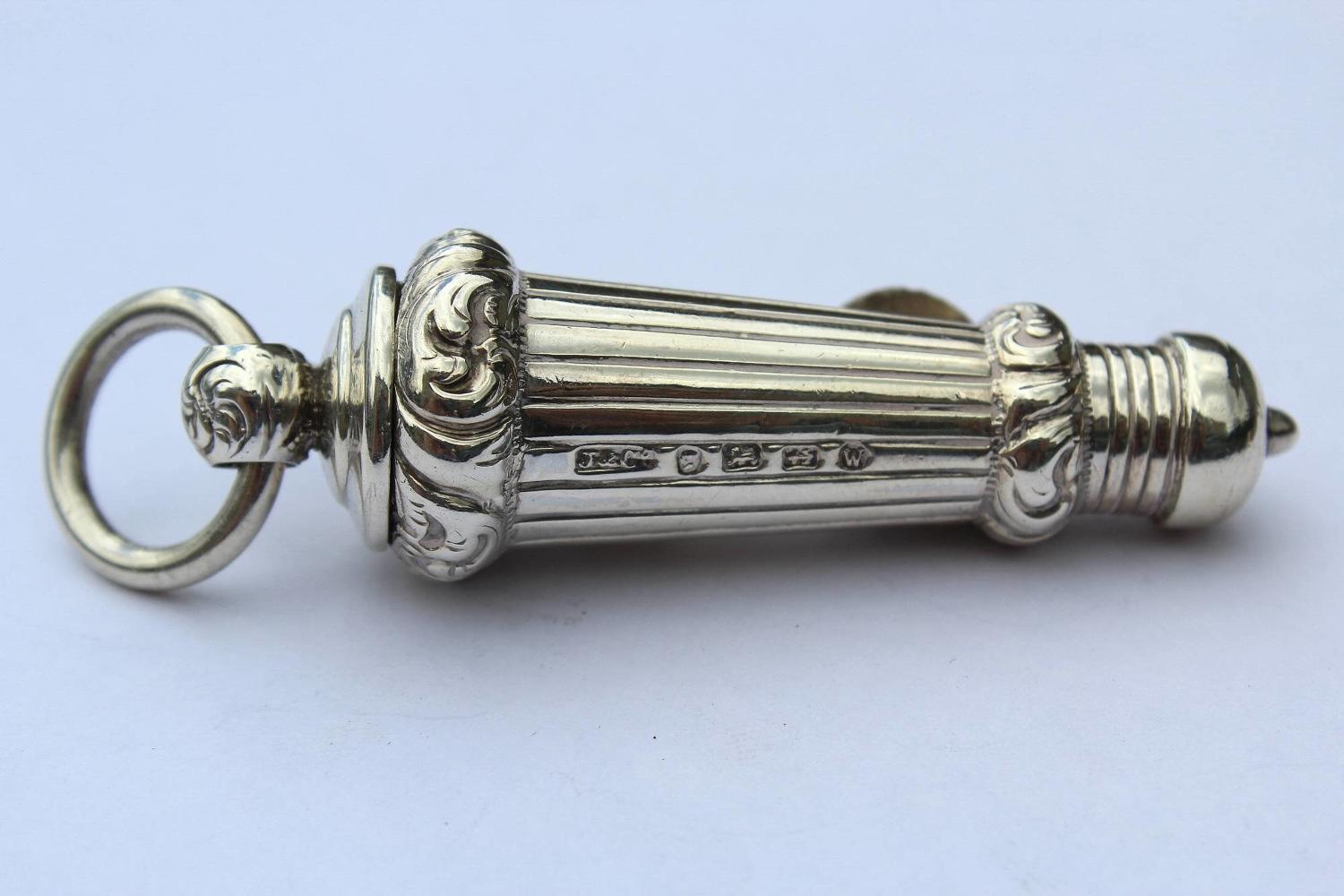 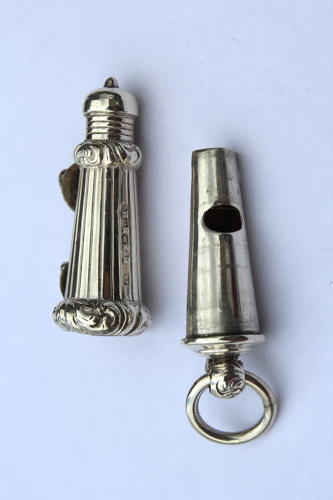 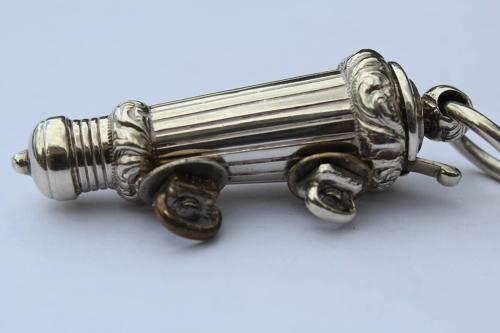 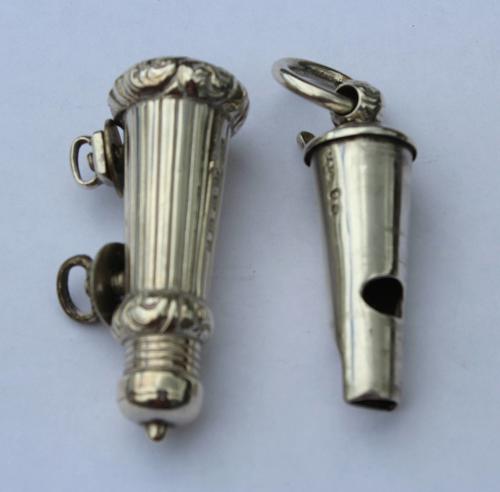 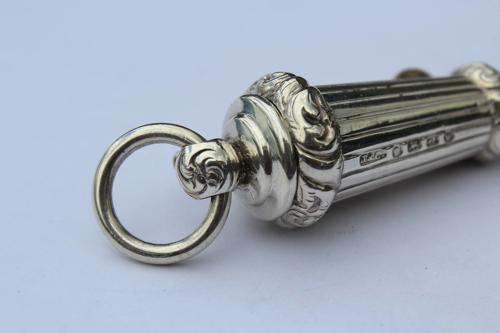 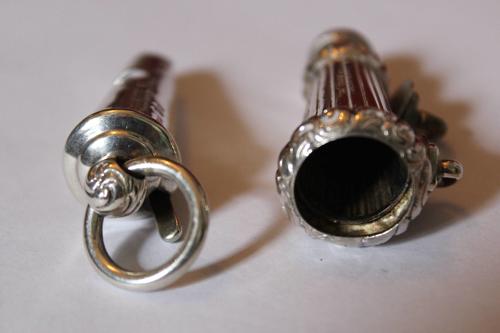 SOLD
A Victorian Silver Military or Navy Officers Whistle by Joseph Jenners & Co., Birmingham 1871, of heavy gauge silver, the whistle with thumb release to detach it from the case and with suspension loop at the end, the case with two suspension loops.
This model of whistle is often described as being in the form of a lighthouse.
Joseph Jenners & CO. were registered in Birmingham in 1867-8 and known as button and military ornament makers.
6.5cm long not including suspension loop.
Weight: 35grammes