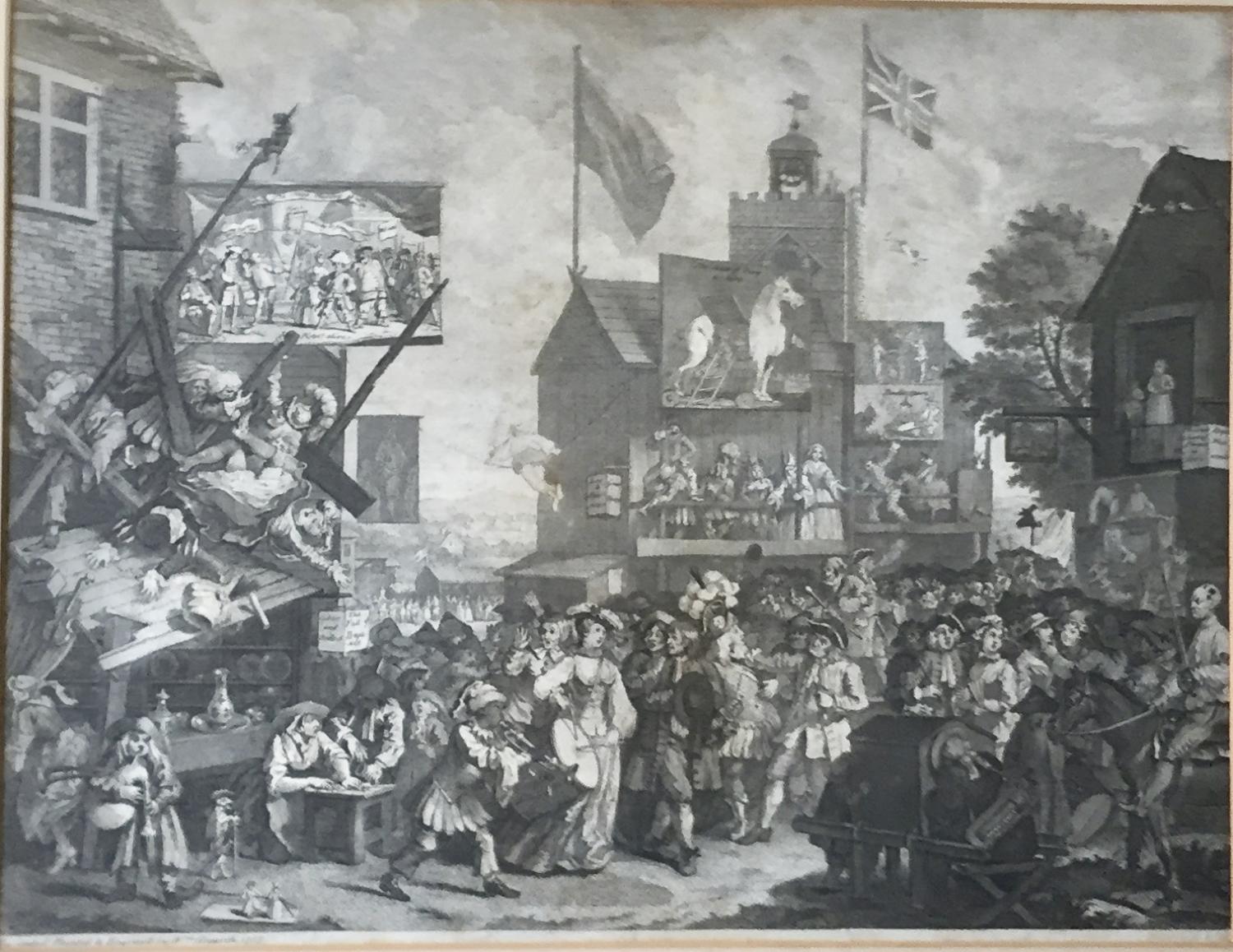 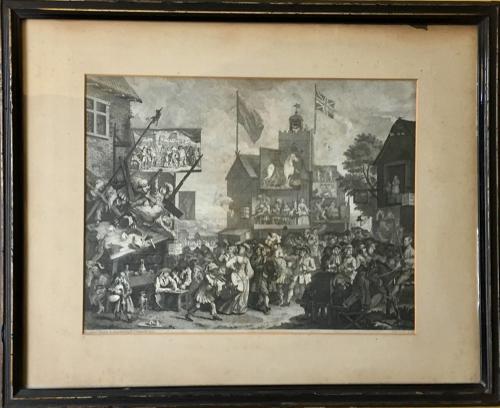 H: 55.5cm (21.9")W: 68cm (26.8")
SOLD
William Hogarth 'Southwark Fair', Copper plate Engraving.  The plate titled to the bottom left:  'Invented, Painted & Engrav'd by Wm. Hogarth. 1733'.
Image size 34.5" x 45" (87.6cm x 114cm) sealed within a 19th Century 'Hogarth' type frame with mount.  Not inspected out of the frame so I'm unable to give an exact plate size.
Frame size: 55.5cm x 68cm
William Hogarth was one of the most influential artists of the 18th century and is best known for his satirical engravings.  This engraving was etched after the original Hogarth oil painting of 1733 and is seen as a companion piece to 'The Rakes' Progress'.  The Southwark Fair took place annually in September and was notorious not only for amusement but also as a place of vice, crime and riot.  The scene shows a crowded square with various attractions including peepshows, a rope-flyer and rope dancer, card tricksters, a quack doctor, performing dogs, musicians, theatrical booths with plays being performed.
Condition: Dark, clear impression, some overall discolouration and foxing, one small hole beside the monkey's foot towards the top left of the image, general staining and discolouration to the mount.