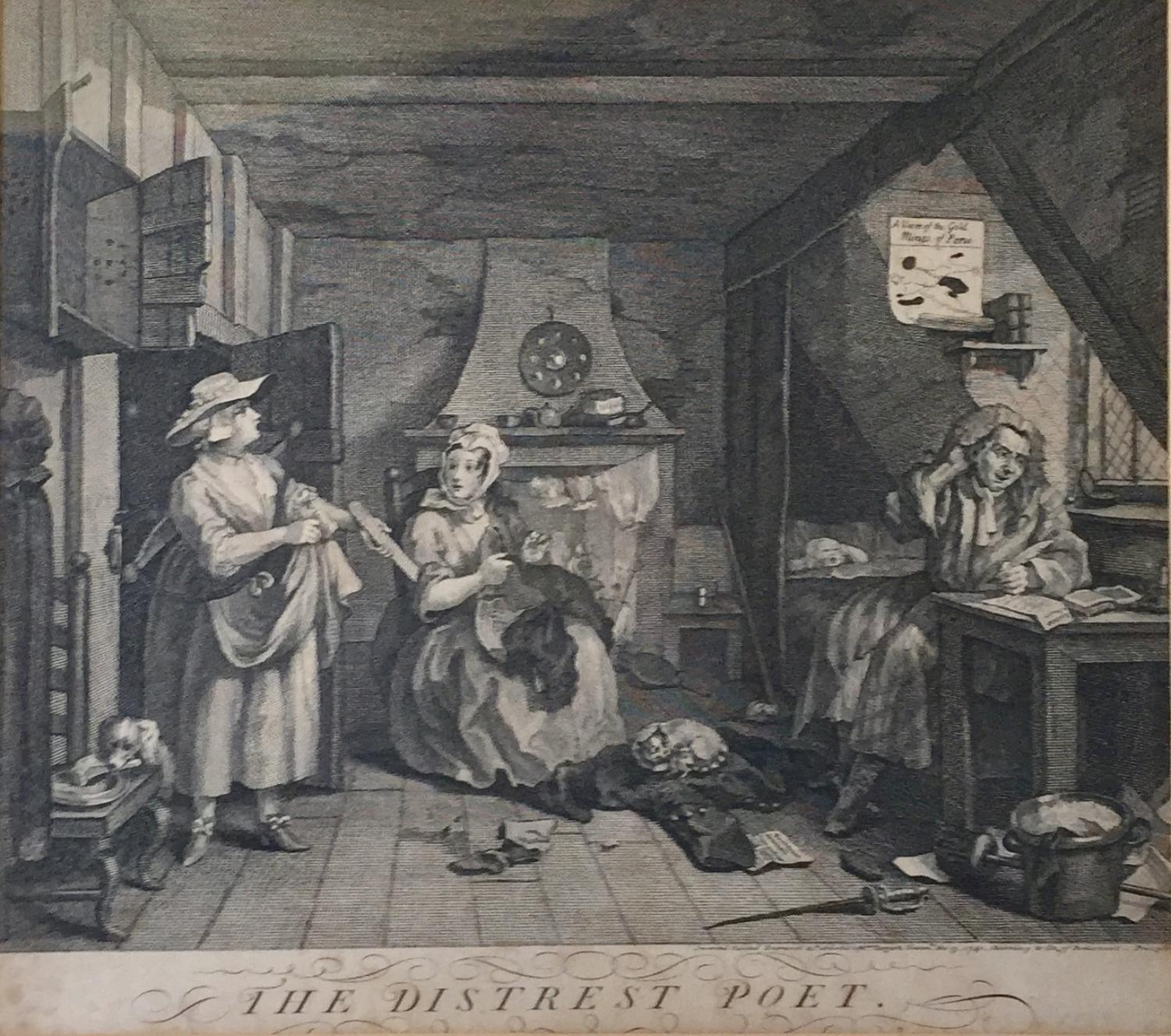 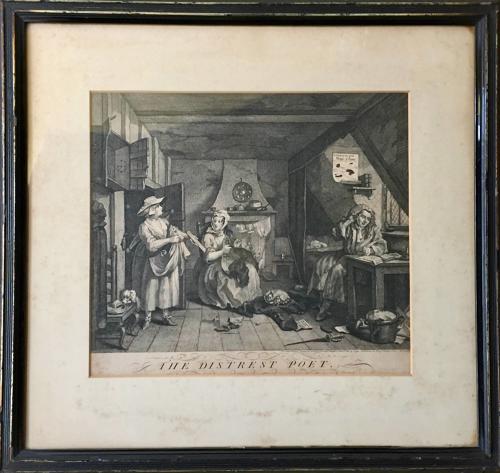 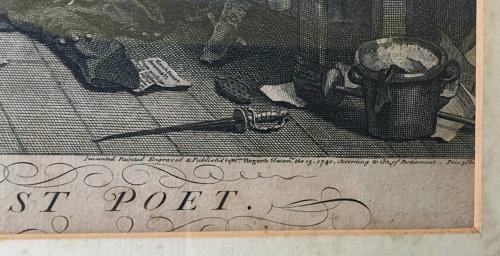 SOLD
A rare lifetime engraving of 'THE DISTREST POET' by William Hogarth, 1740.
The publication line states: 'Invented Painted Engraved & Publish'd by Wm. Hogarth December the 15. 1740. according to the act of parliament. Price 3 Shillings.'
The inclusion of 'Price 3 Shillings' in the publication line indicates that this was published within Hogarth's lifetime -  it was removed from later states.
Image size: 13.25" x 15" (34cm x 38.5cm).  I have not removed this from the frame so am unable to give an accurate plate size.  It is sealed within a 19th Century 'Hogarth' type frame. Framed size: 57cm x 59.5cm
Condition: Clear, dark impression, there is some general discolouration to the paper, the mount with discolouration and foxing.
William Hogarth was one of the most influential artists of the 18th century and is best known for his satirical engravings.  The 'Distrest Poet' was first painted in oils by Hogarth in 1736 and depicts his satire on the impoverished poet who is only concerned with his composition (labelled ironically Riches - A Poem) rather than the upkeep of his family. Hogarth depicts the interior of a bare attic bedroom with the poet dressed in a dressing gown engaged in composition, totally ignoring the angry lady at the door waving a long, unpaid account. The poet's young wife sits before the fire sewing and looks up in dismay. In the four poster bed in the background is a crying baby, a cat feeds her kittens on the poet's discarded coat, and a spaniel steals a joint of meat from a chair by the door. Above the door an open food cupboard is totally bare, linen hangs drying before the fire and above the poet's head hangs a map inscribed A View of the Gold Mines of Peru, an indication that the family has lost their money through unwise speculation.