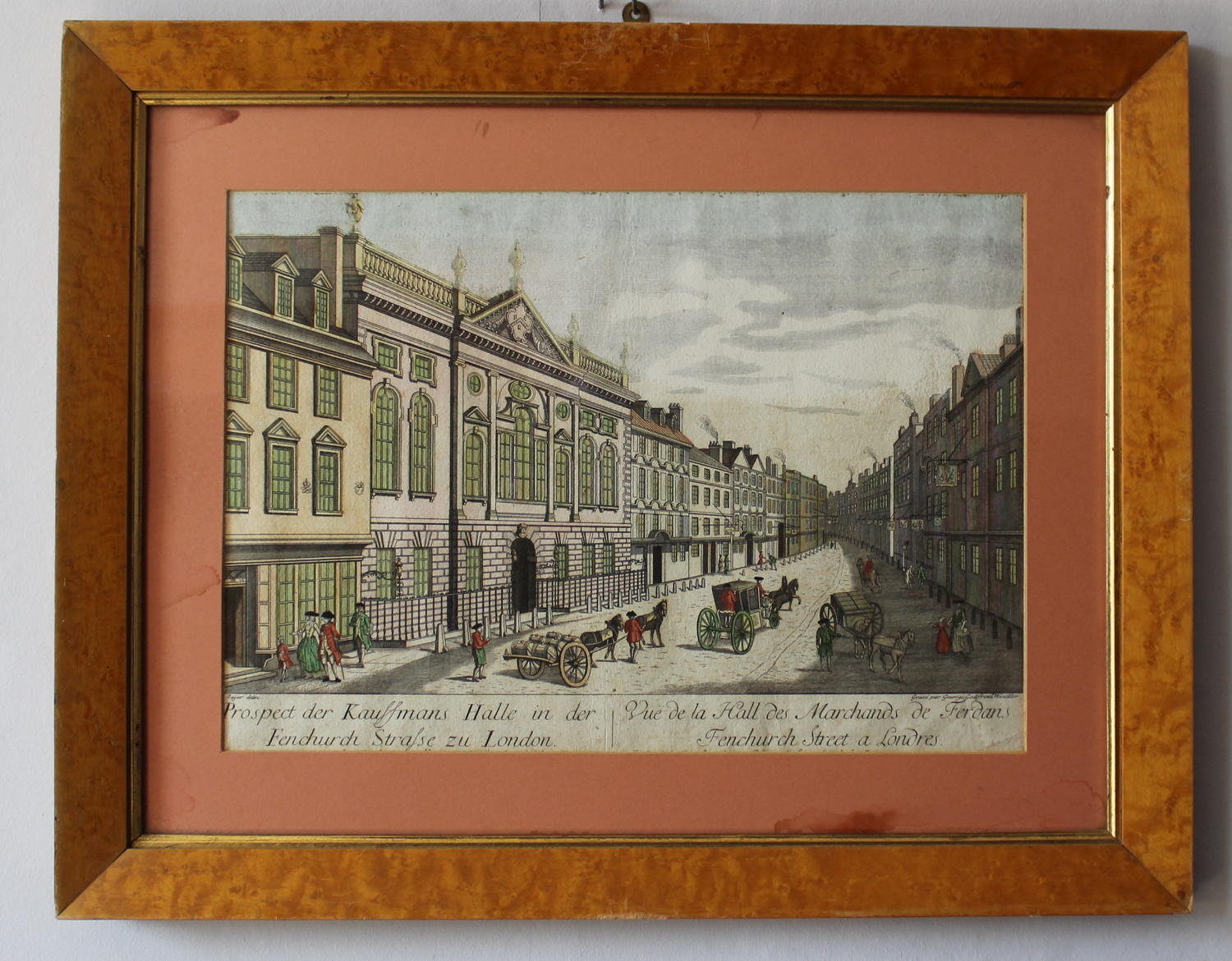 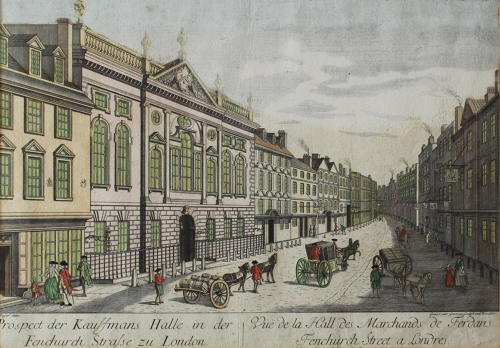 SOLD
A hand-coloured 'optical print of a perspective view of Ironmongers' Hall, Fenchurch St, London,
titled in German and French "Prospect der Kauffmans Halle in der Fenchurch Strasse zu London" and "Vue de la Hall des Marchands de Ferdans Fenchurch Street a Londres".
Engraved by George Godofroid Winckler.
Published Augsburg circa 1760
During the eighteenth and nineteenth centuries there were many popular speciality establishments in Paris, Augsburg and London which produced optical viewing devices and special engravings to be viewed through them. In the 18th century the optical print or 'vue d'optique' came into existence, whose exaggerated converging lines were intended to produce the optical illusion of deep recession. The viewing devices for which these perspective prints were produced consisted of a lens and a mirror, and required the use of reversed or mirror-image pictures.
Mounted in a 20th Century burr maple frame with gilt slip and terracotta coloured mount.
Size: 28cm x 40cm ( 44cm x 56cm including frame)
Condition: good overall, no tears to the paper, some foxing. Unfortunately, due to the frames being sealed I'm not able to tell how close cut the margins are, however there is some text at the top of the print that is hidden under the mount.