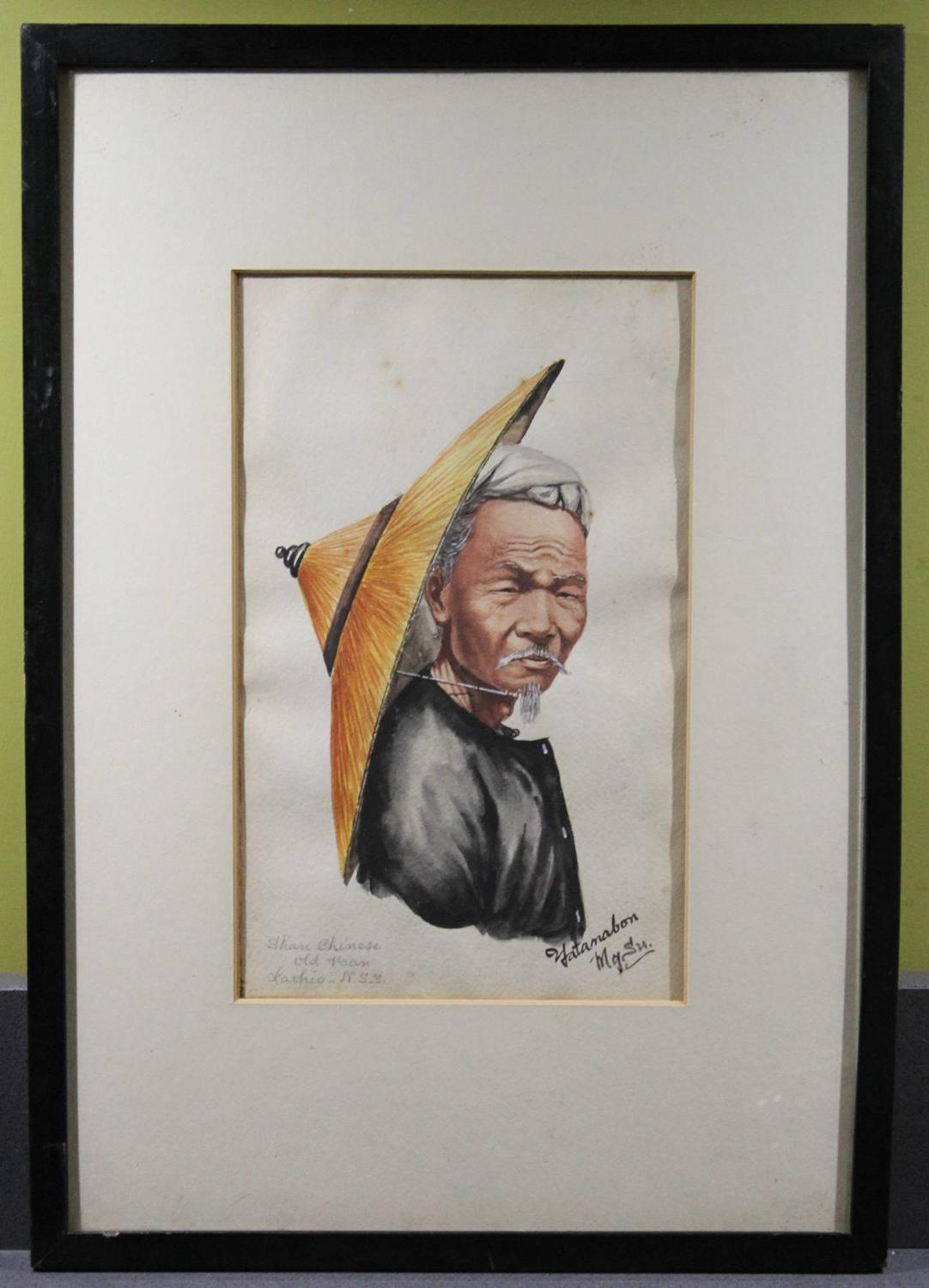 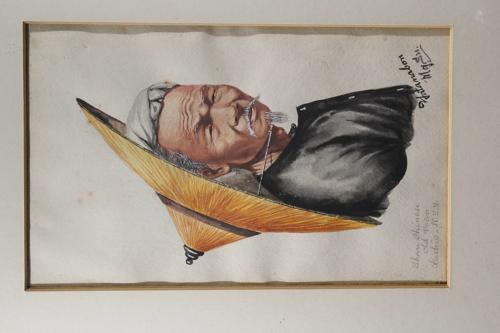 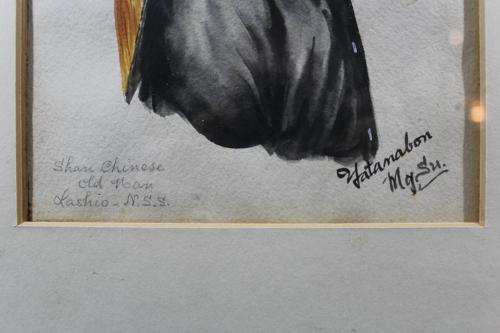 H: 40cm (15.7")W: 28cm (11")
SOLD
Yatanabon Maung Su (1903 - 1965), Watercolour of a Chinese Man, signed 'Yatanabon Mg Su' in watercolur and with pencil inscription 'Shan Chinese Old Man, Lashio, N.S.S.'
Nine similar paintings are displayed in the National Museum of Myanmar. Five more are held by the Victoria & Albert Museum in London.
Most of Yatanabon's known works are of ethnic portraits.  They are nicely observed and well executed.
Relatively little is known about Yatanabon despite his representation in public collections. He was born in Mandalay in 1903 and moved to Rangoon in the early 1920s. He was a composer, singer and musician as well as being a painter. He concentrated on painting after 1930. He is known to have painted duplicate paintings of the same subjects although with small differences.
Condition is good with very minor foxing.
40cm x 28cm including frame.