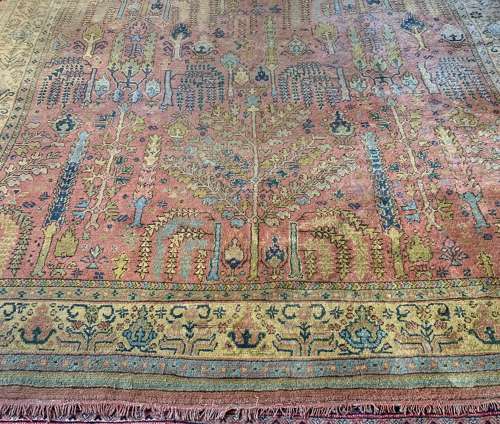 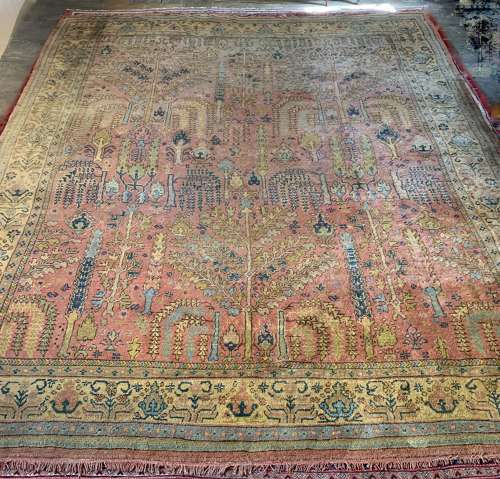 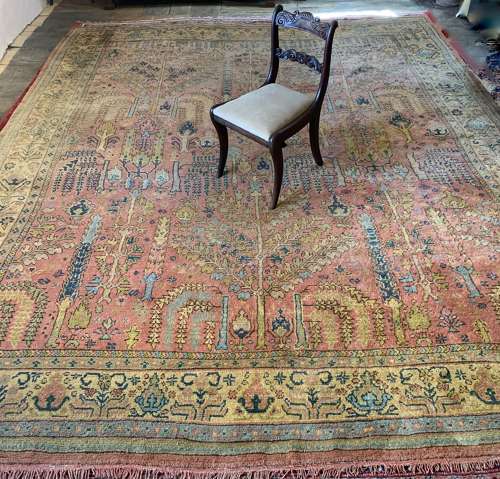 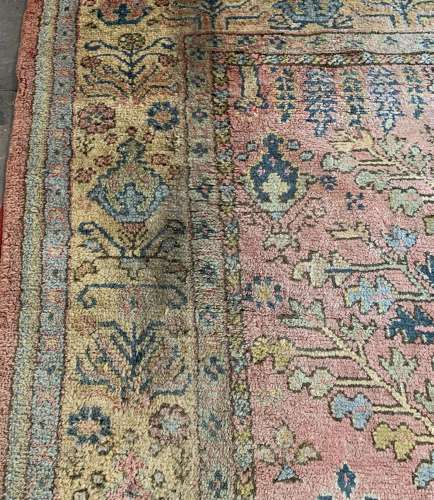 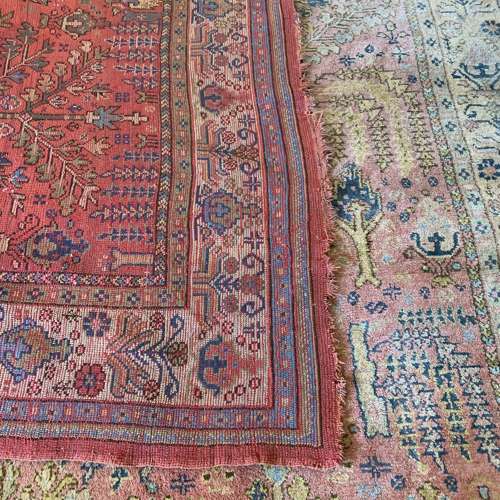 A large Antique Ushak Carpet in Willow Tree design, the soft pink ground with an overall design of stylised angular flowering trees within a wide ivory ground border with palmettes and foliate motifs and multiple narrower borders in soft shades of blue, green and pink.

The wool pile is in generally very good condition with very few minimal lower areas of pile.  There are no losses to the sides, one end has some fringe loss and the other end has some small losses and fringe wear. It has not been cleaned and there are some areas of light staining and some minor evidence of old repairs.

Since the beginning of the Ottoman empire, Oushak has been a major centre for the production of rugs. Originating in the small town of Oushak in west-central Anatolia, today just south of Istanbul, Turkey. Unlike most Turkish rugs, Oushak carpets have been greatly influenced by Persian designs. Antique Oushak carpets tend to be coarsely woven on a wool foundation with a wool pile, and are distinctive in both pattern and colour palette.