Anthony Baynes, a large painting of an Elysian landscape with garden statuary and a small dog in the foreground, oil on board within original gilt frame, signed and dated 1967 lower left.

Anthony Edward George Baynes (1921 - 2003) was a painter, illustrator, muralist, furniture decorator and theatre and stained glass designer. Born in New Zealand, he came to London where he studied at the Slade School of Art; where his fellow students included Kyffin Williams and Bernard Dunstan, and later studied at the British School of Archaeology in Greece. He remained in the Mediterranean for some years, where he painted, travelled and occasionally taught. In the early 1960s he returned to England and settled in Oxfordshire.

He executed mural decorations for Portsmouth town hall, the naval barracks in Portsmouth and Plymouth, and elsewhere. Working principally in oil and gouache he produced landscapes, portraits and decorated furniture, as well as designs for book-jackets for the publishers John Murray, Jonathan Cape and Eyre & Spottiswoode. His work combines Grecian fantasy in the manner of Rex Whistler with a neo-romantic style similar to the work of John Minton and John Caxton.

This is a fantastic example of his Elysian style. It is very reminiscent of a Whistler mural and would look wonderful flanked by a pair of neo-classical urns. 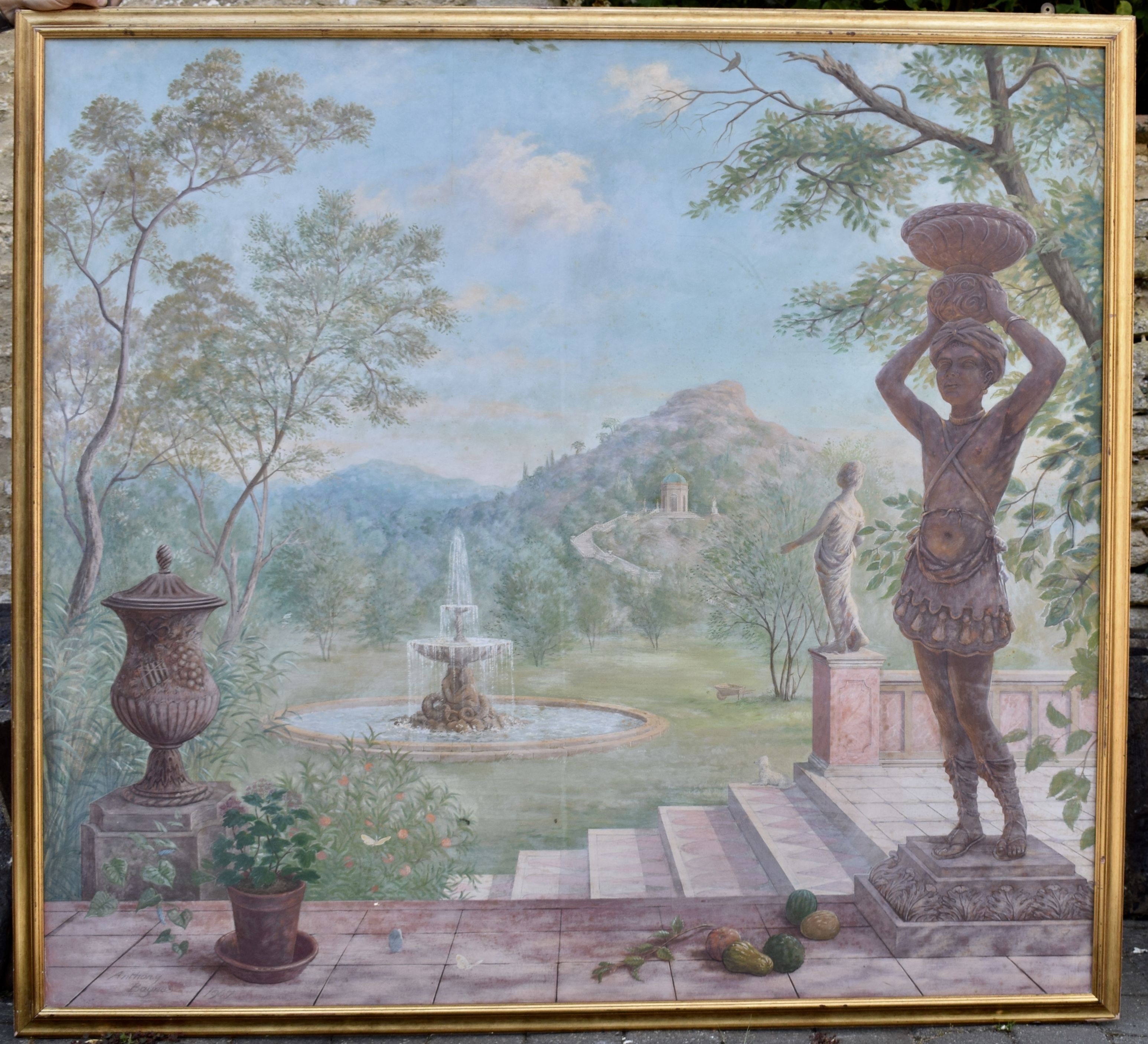 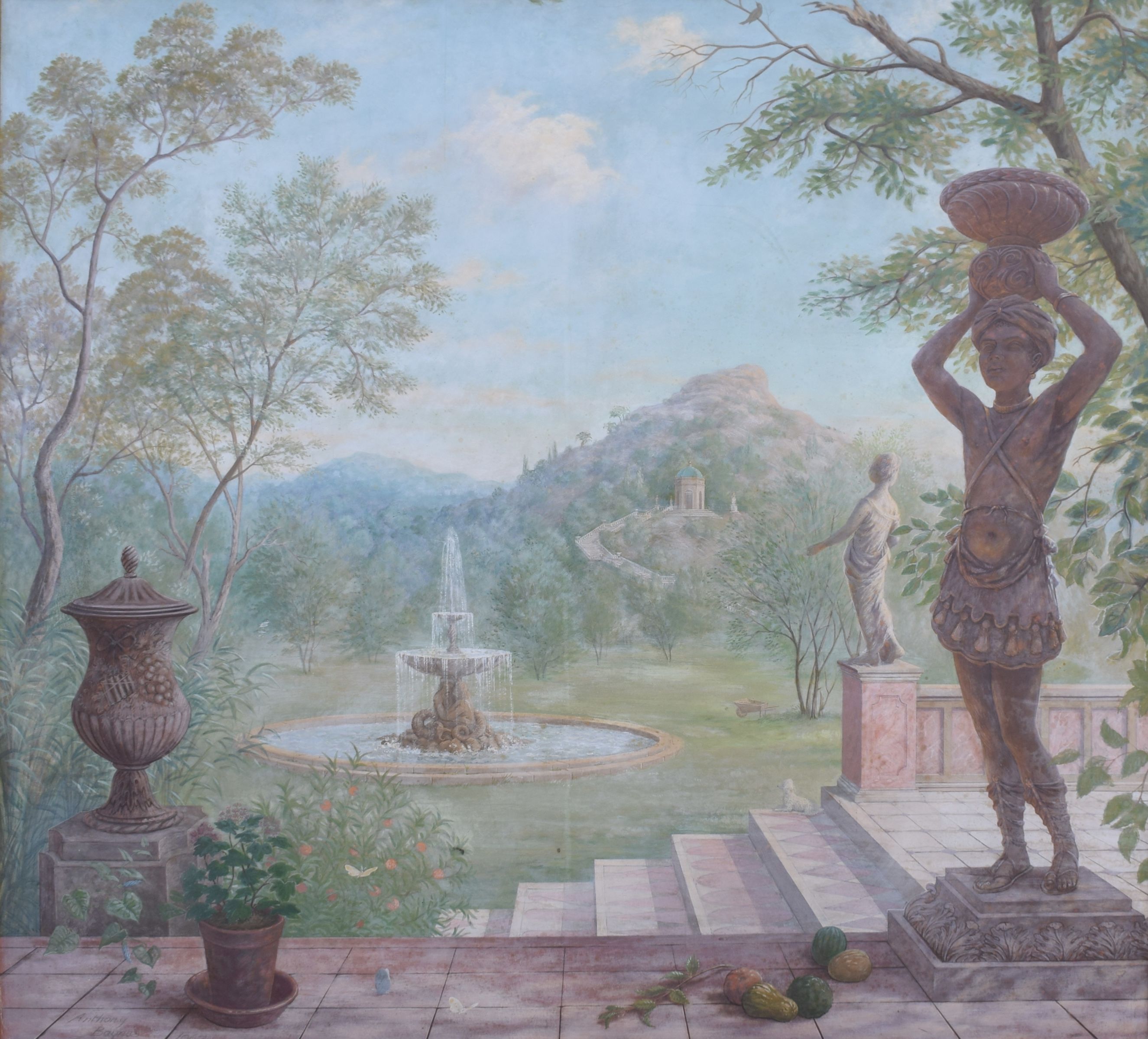 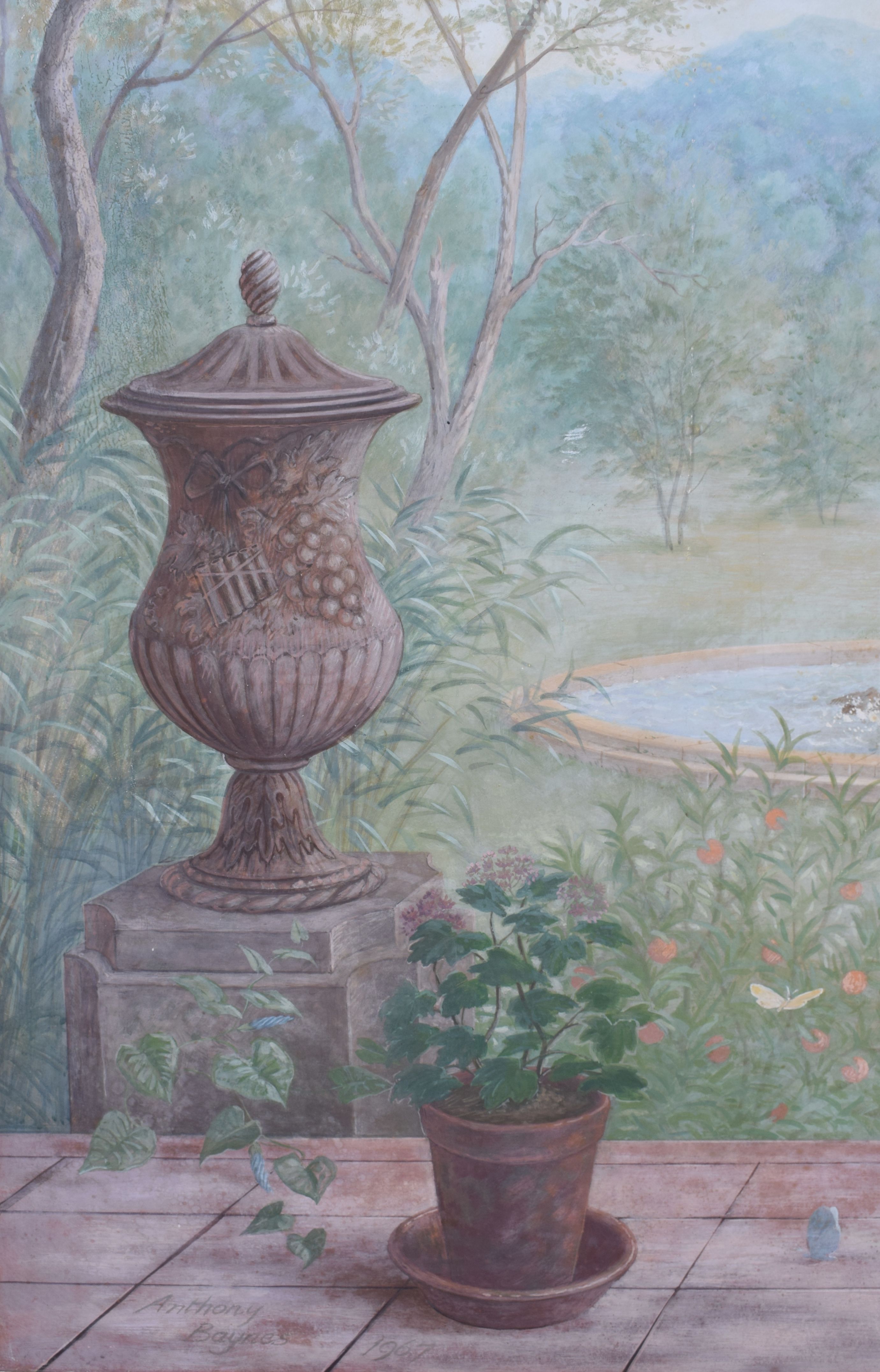 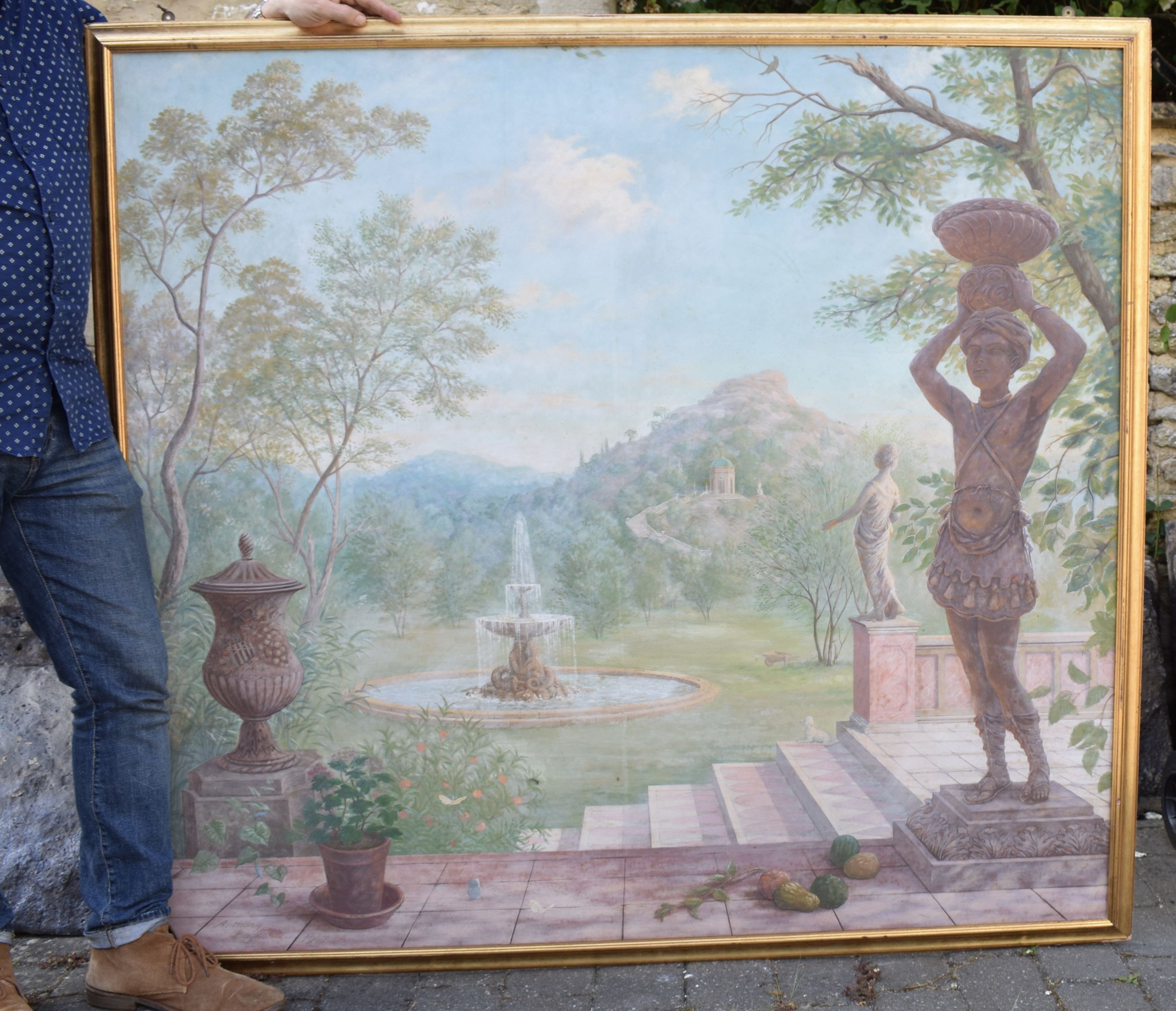