A rare lifetime engraving of The Enraged Musician by William Hogarth, 1741, depicting a comic scene of a violinist driven to distraction by the cacophony outside his window.

Ttitled 'THE ENRAGED MUSICIAN' below the image
The Publication line states 'Designed, Engravd & Publish'd by Wm. Hogarth, Novbr the 30th. 1741. According to Act of Parliament - Price 3 Shillings'.

A good, clean impression in excellent condition, framed in the 1960's within a black and gilt frame with green watered silk slip.

This engraving was issued as companion piece to the third state of his print of 'The Distrest Poet'. 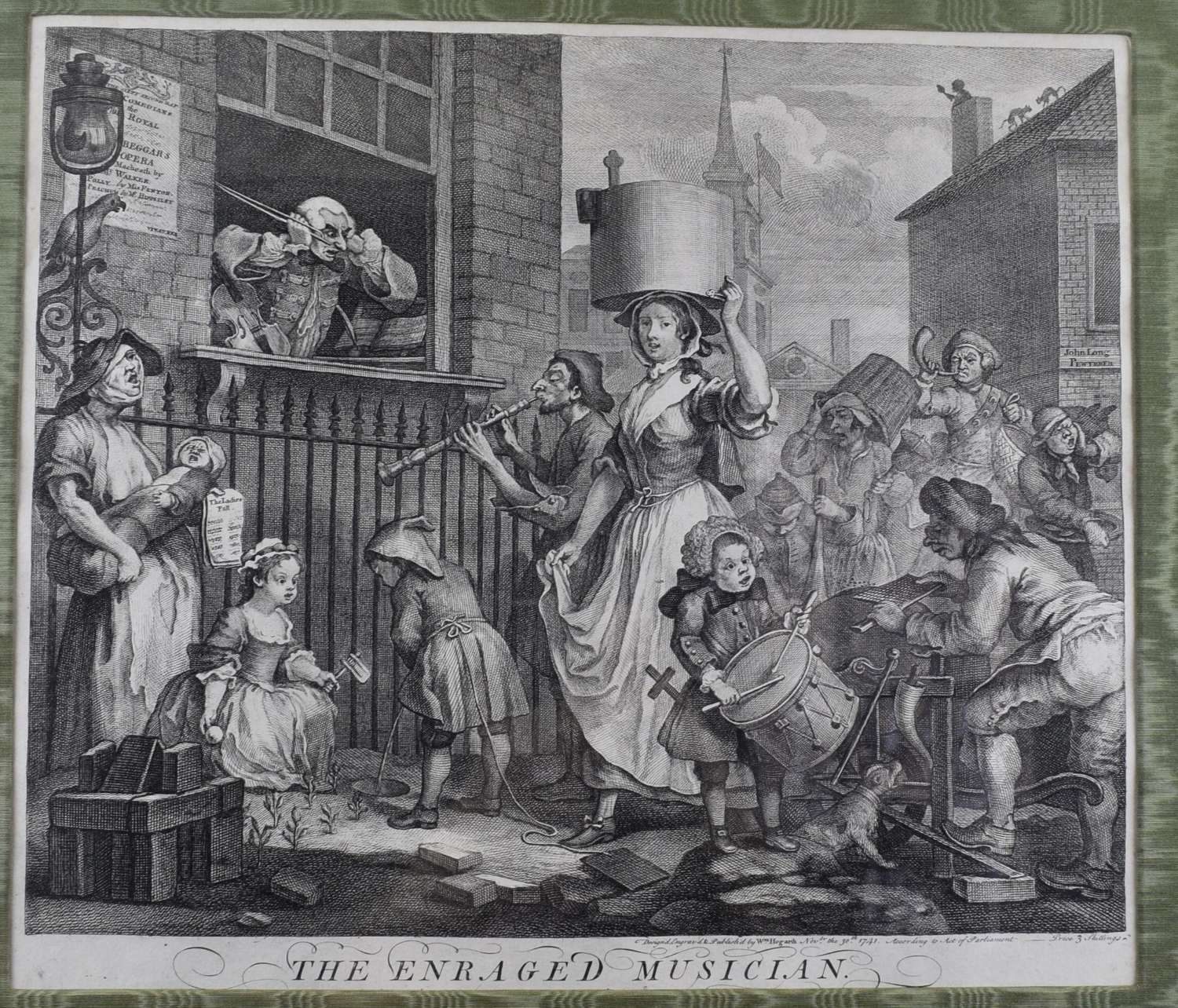 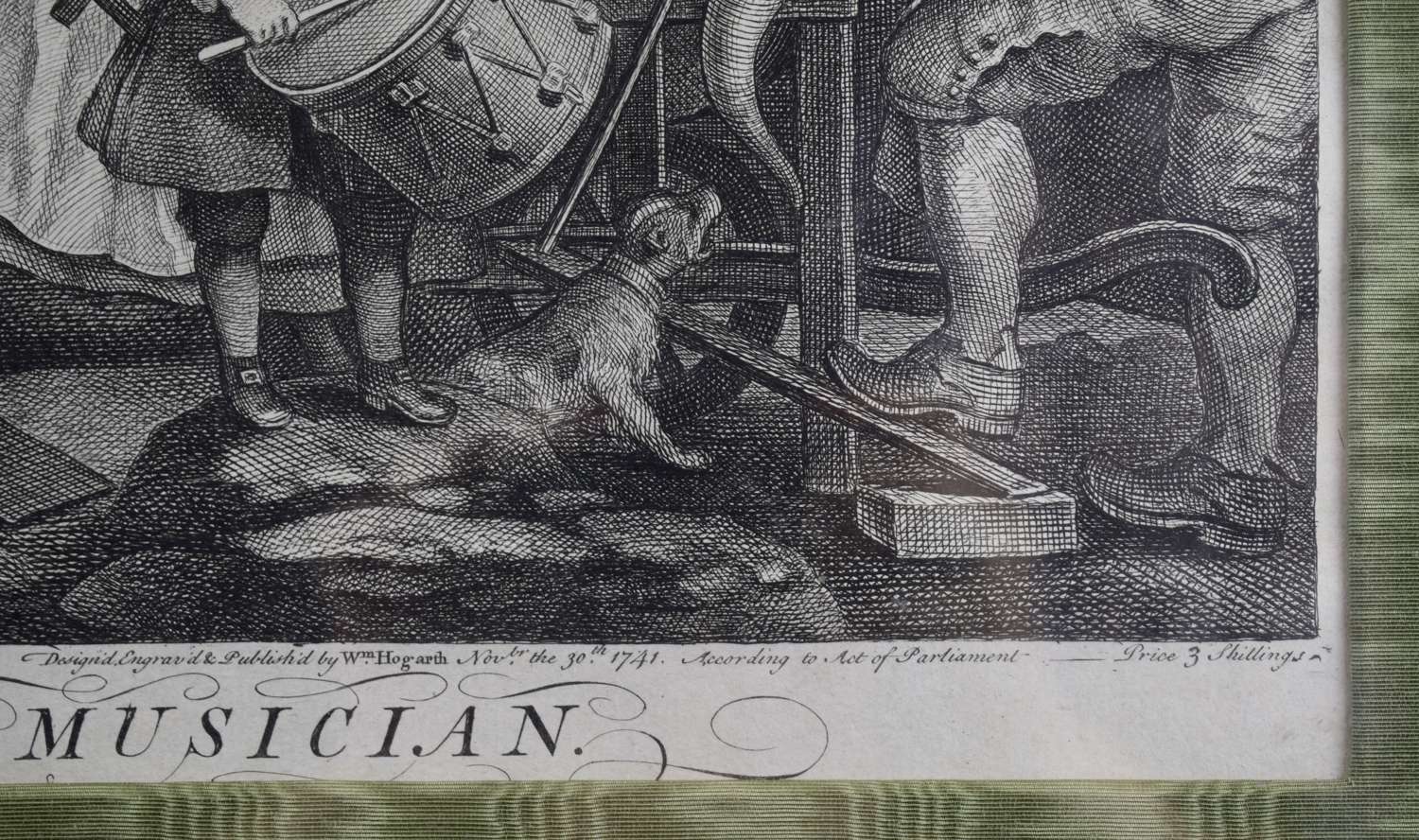