The design was registered by Charles Meigh in 1846 and displayed on Meigh's stand at the Great Exhibition of 1851. Known as the York Minster Jug and marked as such on the base, although there is no known association with York Minster.

Charles Meigh were well known for their superior quality and crisp modelling and casting which is illustrated in the complex three-dimensional gothic design of this jug. Few other factories would have attempted such an ambitious design.

The jug has a hairline crack to inner rim and small chip to the inside of the spout. 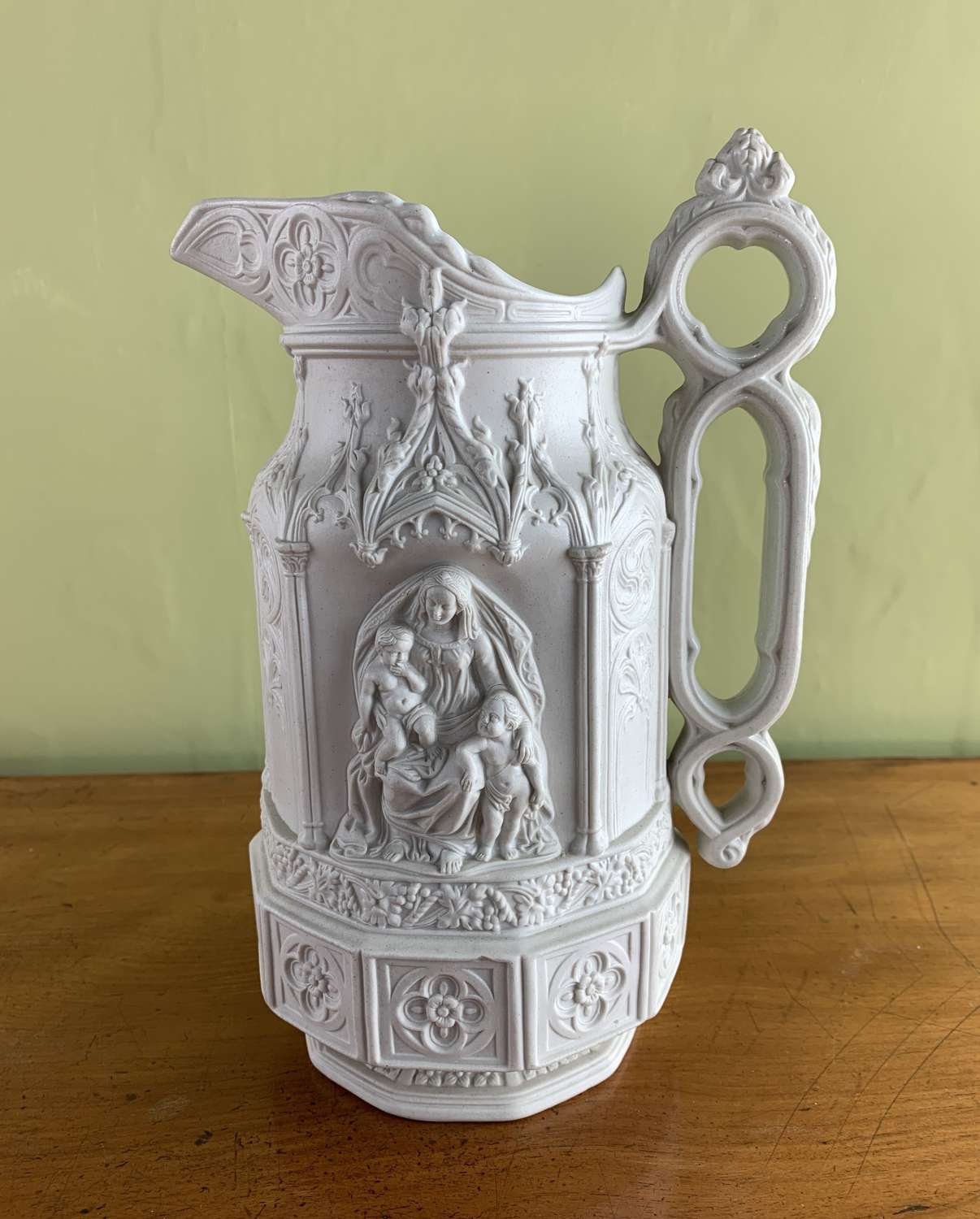 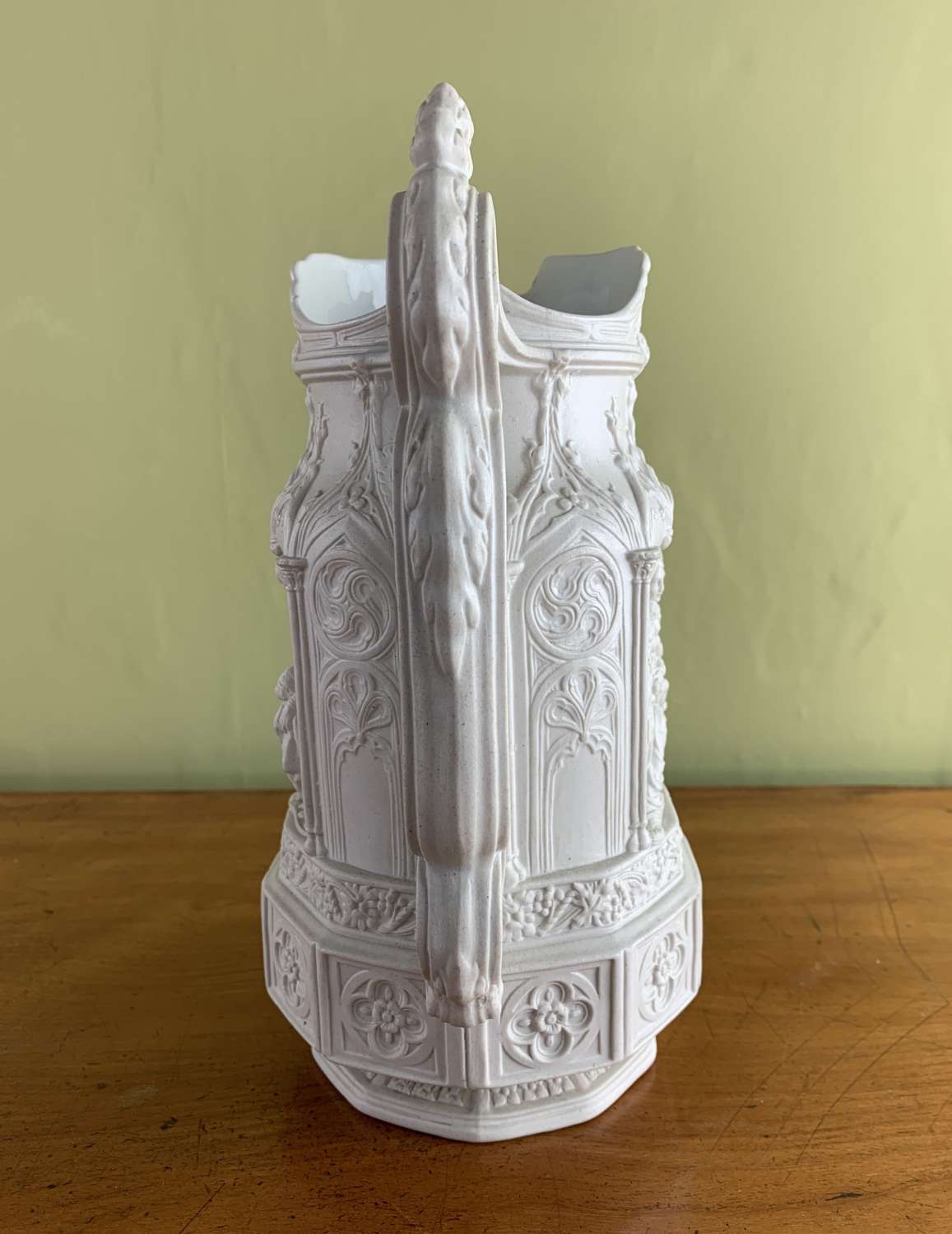 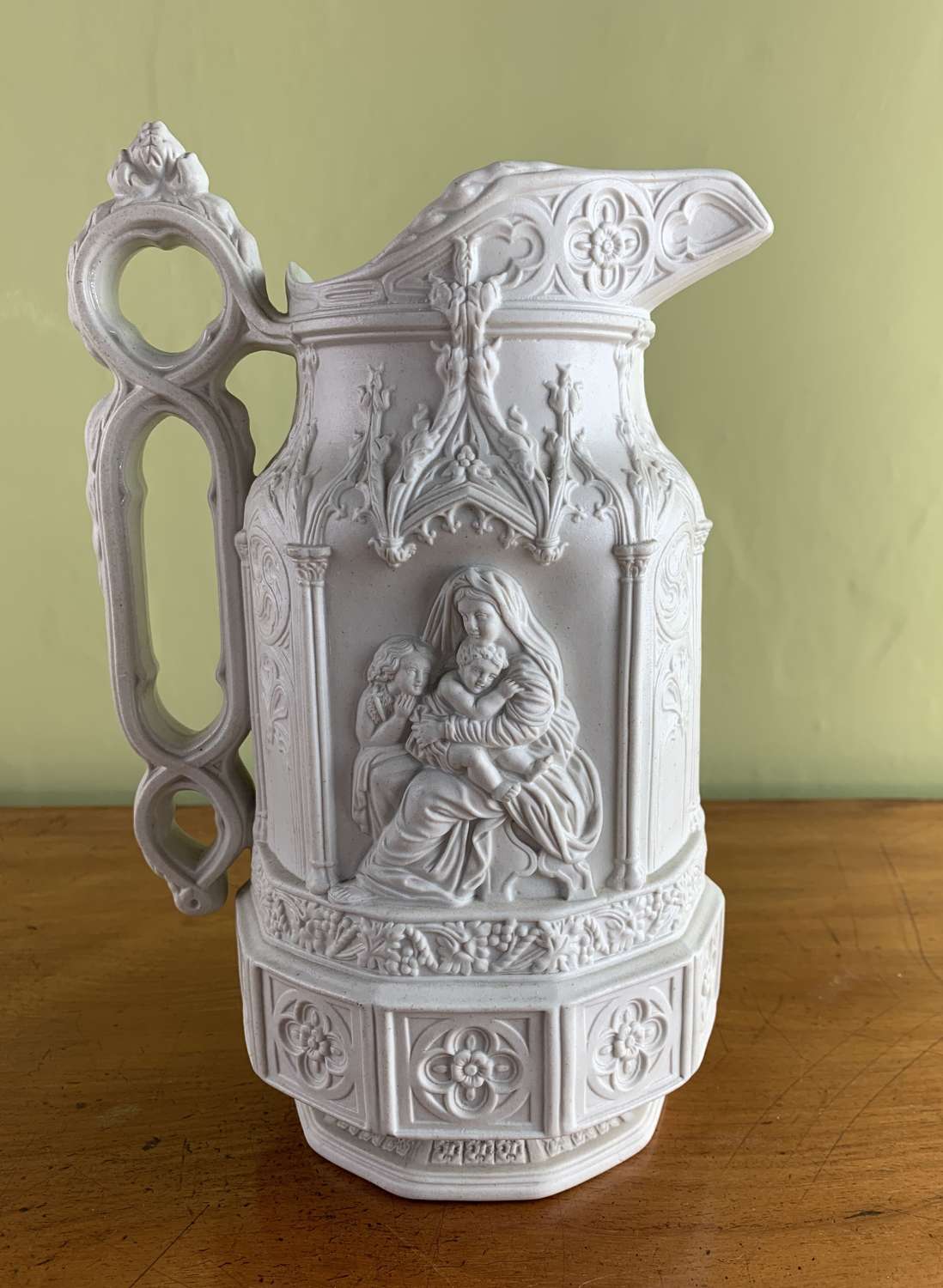 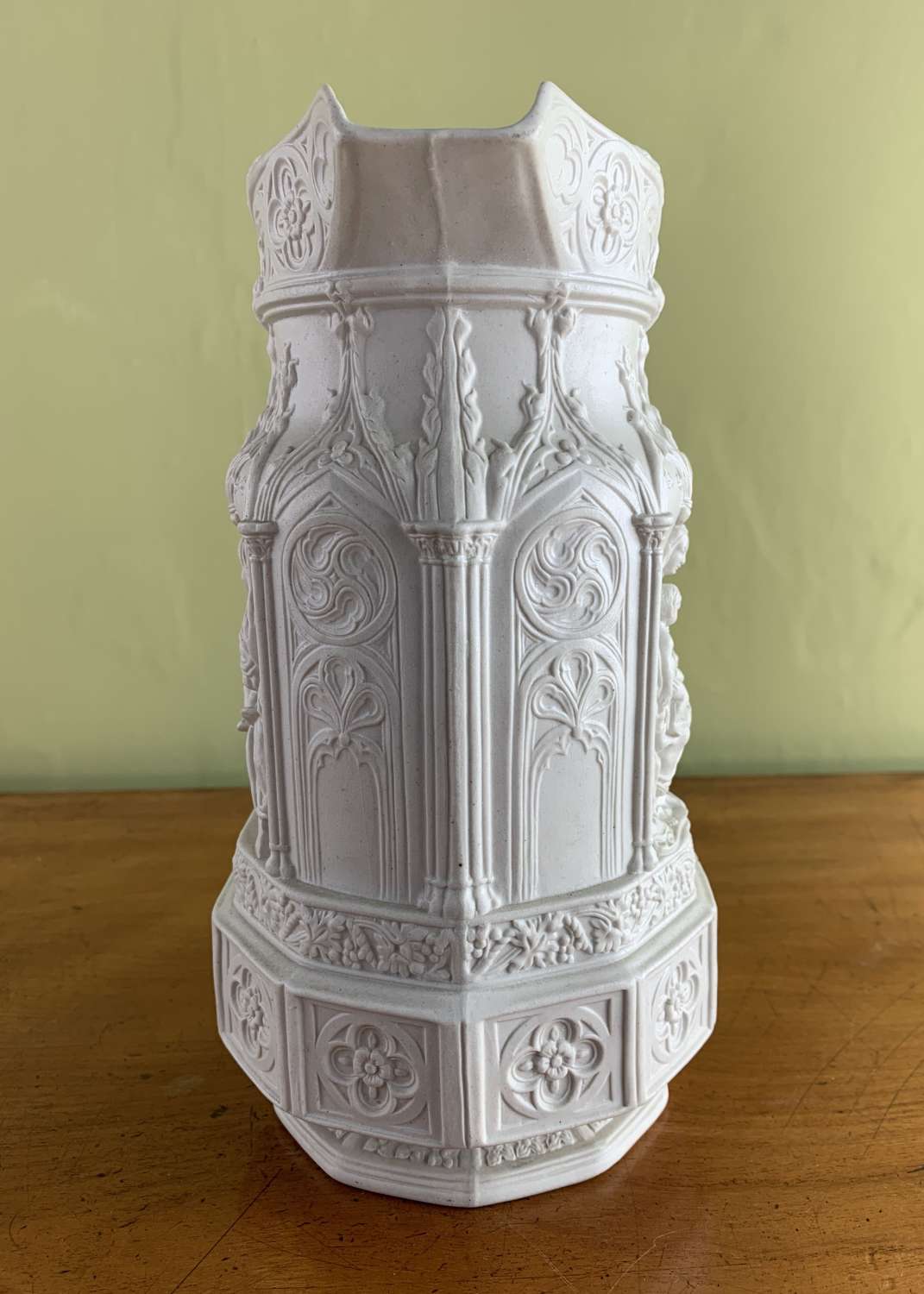 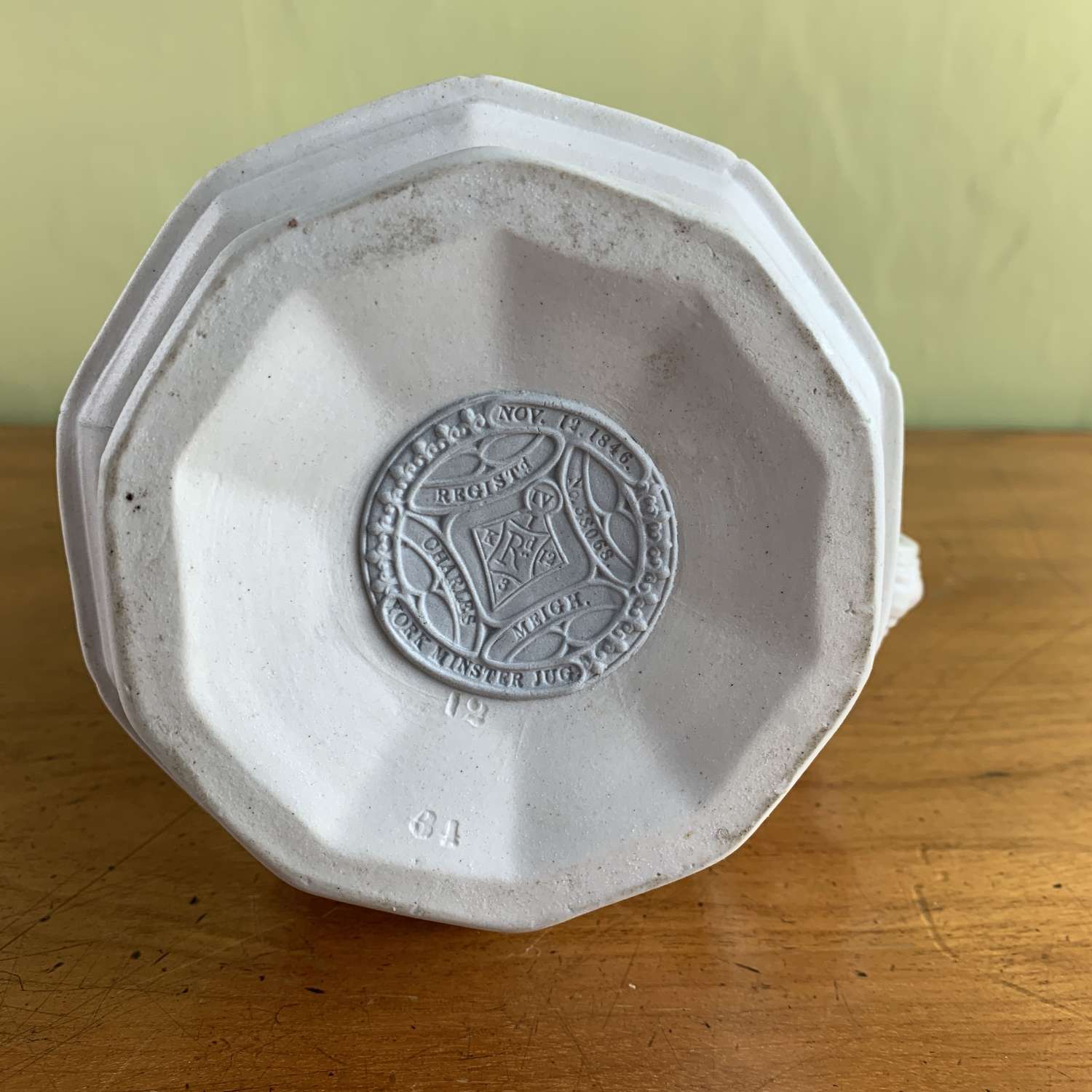 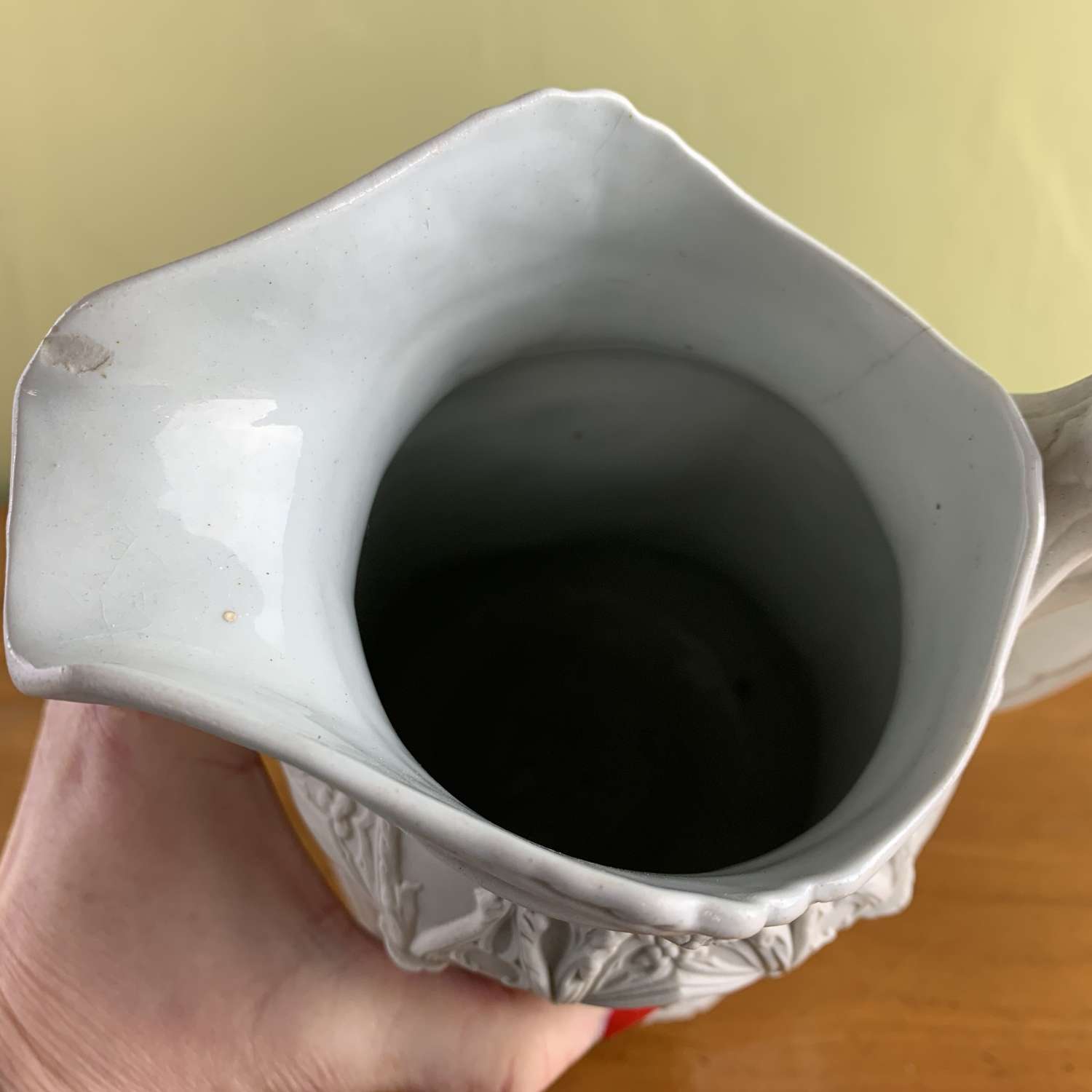 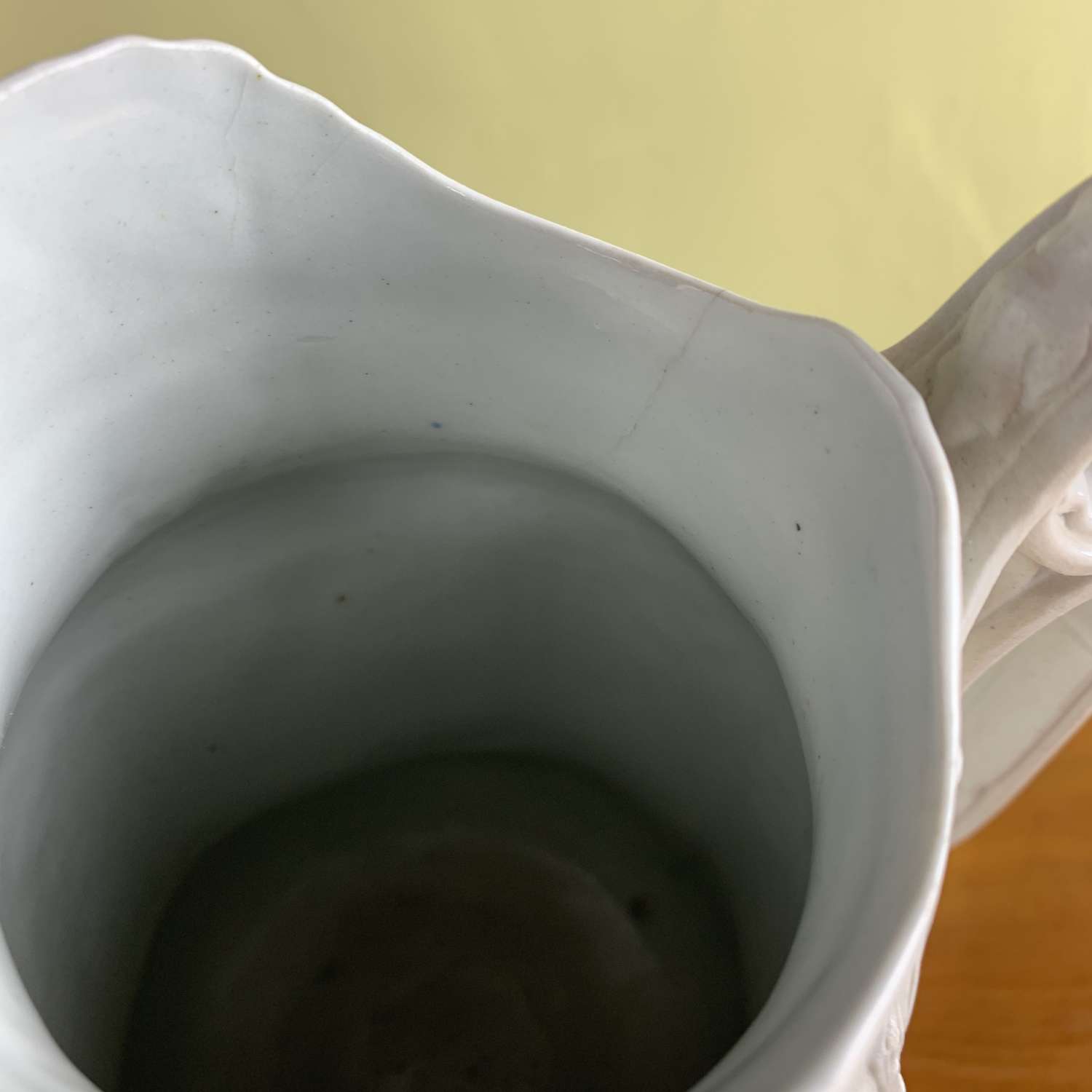