An Ivory Hairbrush with Royal Monogram and Various Others

A Victorian ivory hairbrush engraved with a Royal Cypher in the form of the Monarch's crown above a intertwined double V monogram. Given that this is a Royal cypher which is only used by a monarch or a child of a monarch I conclude that this hairbrush was the property of Victoria, The Princess Royal, Queen Victoria's eldest daughter.

Together with an ivory clothes brush with a Vicount or Vicountesses monogram, initialled JEL, a monogrammed shoehorn and a small turned ivory dish. 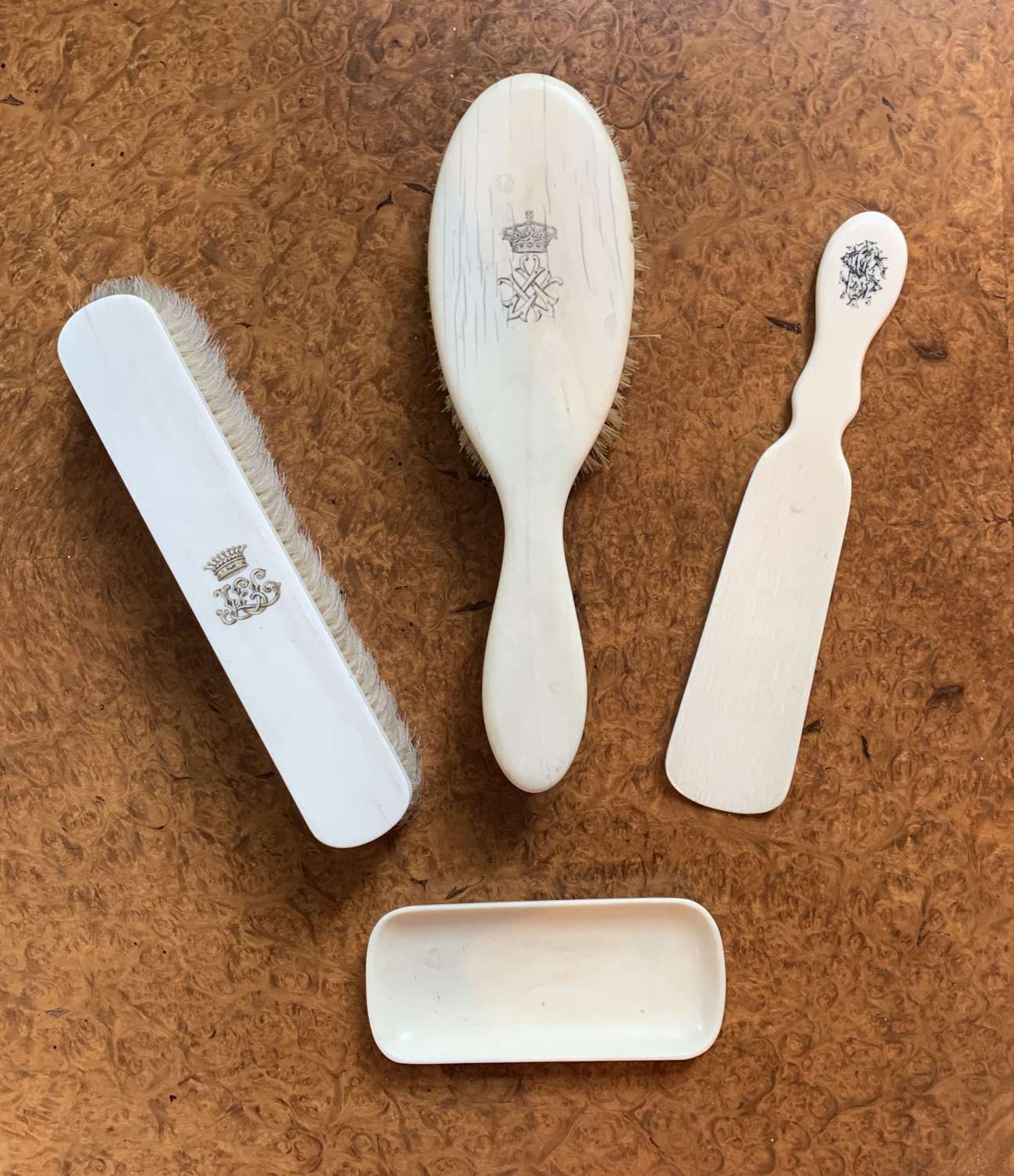 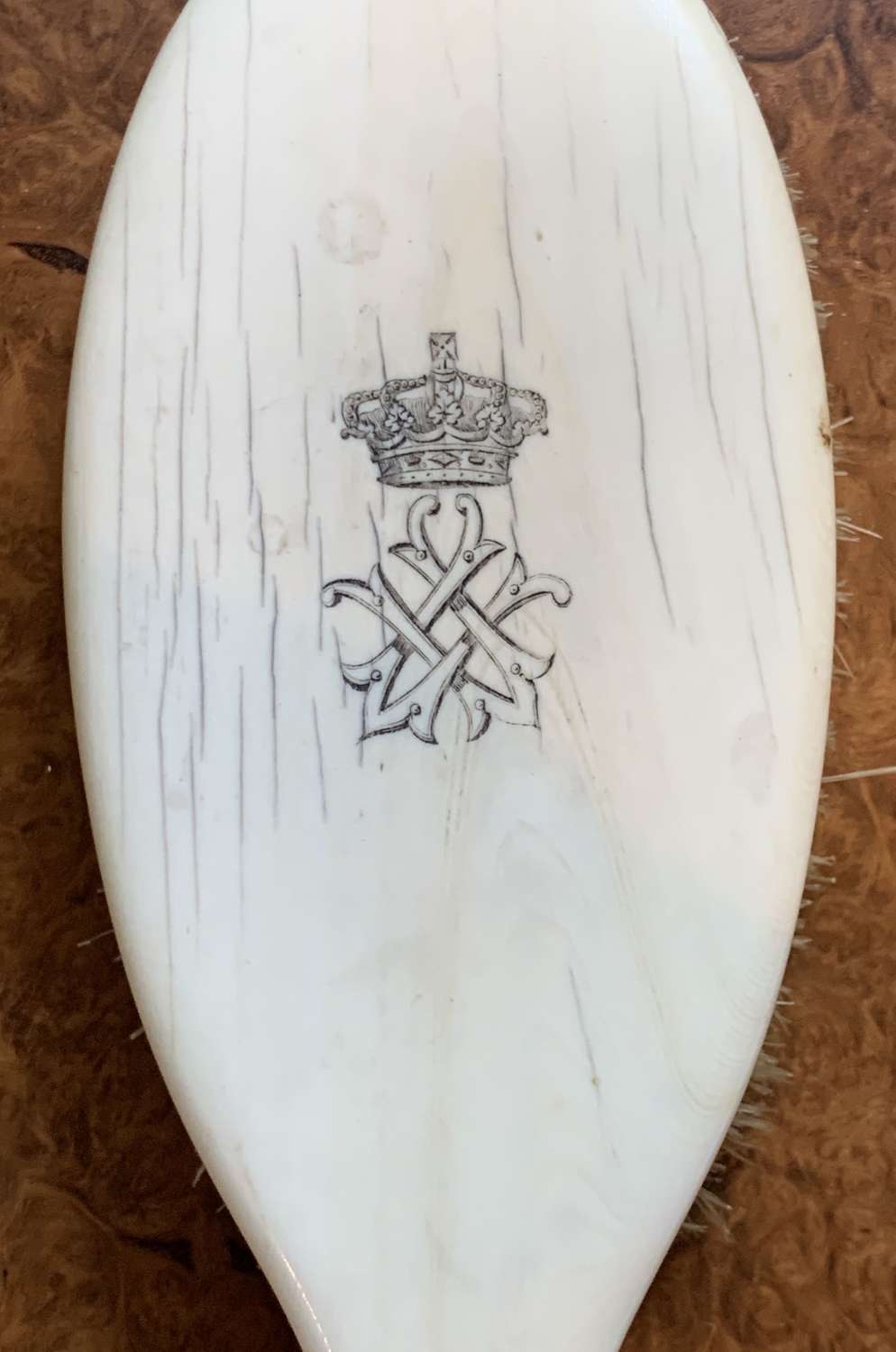 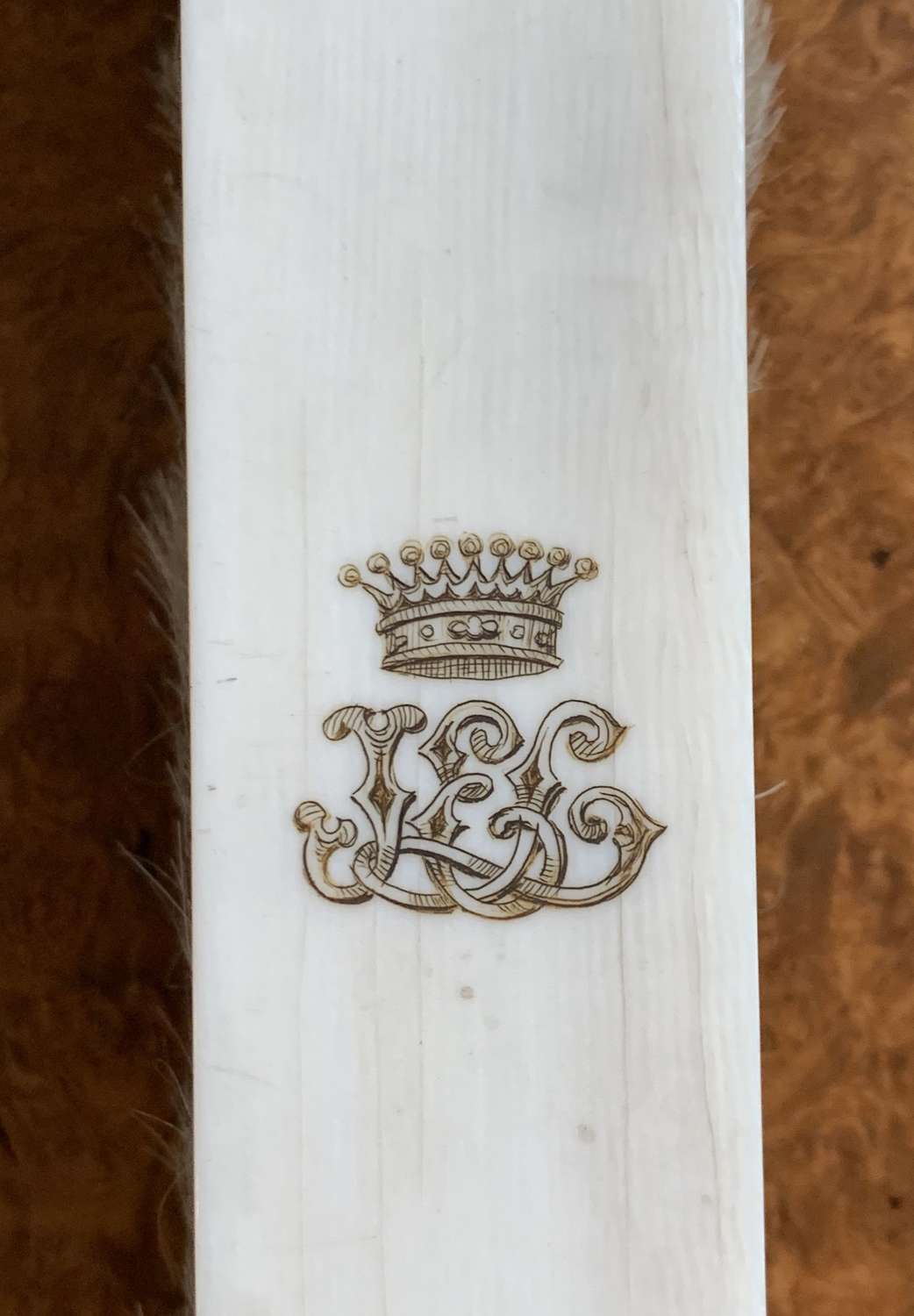 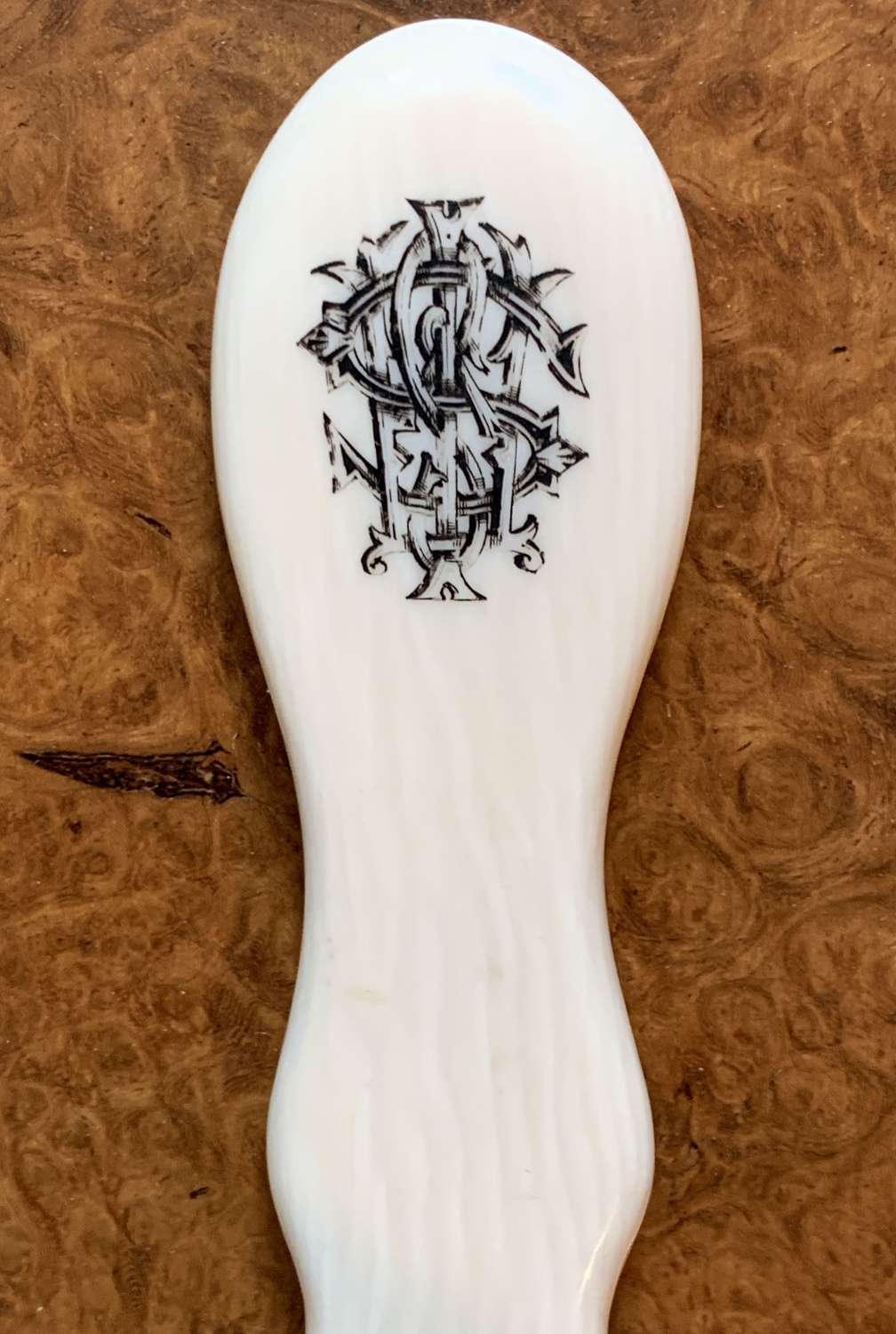 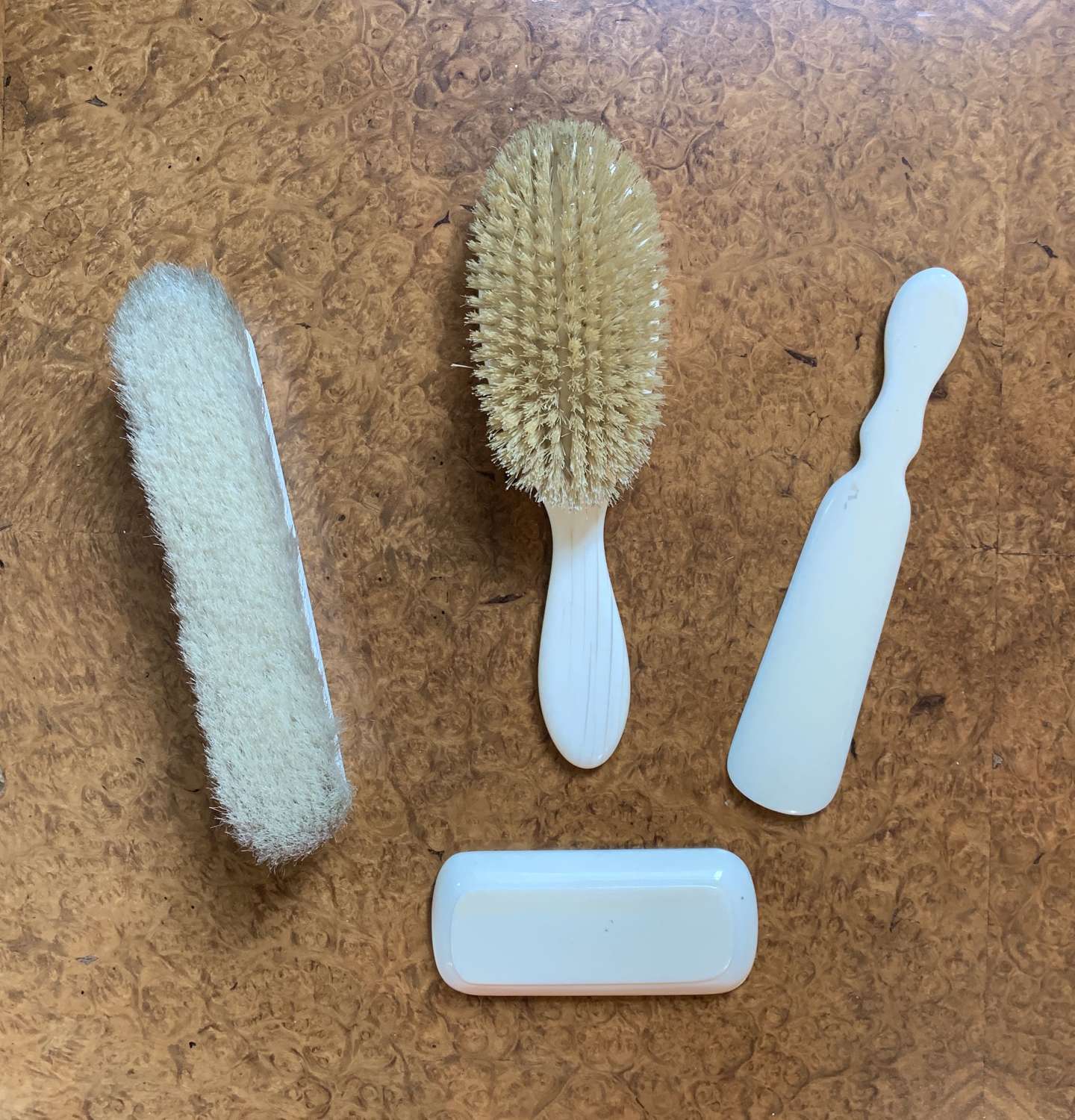