A French faience chinoiserie plate, probably Eastern France, early 19th century, painted with a chinaman walking on a grassy verge with a rock and plants, within a moulded and foliate painted rim.

A charming French chinoiserie decorated plate, as is typical of tin glazed ceramics it has one rim chip and some glaze loss at the rim. 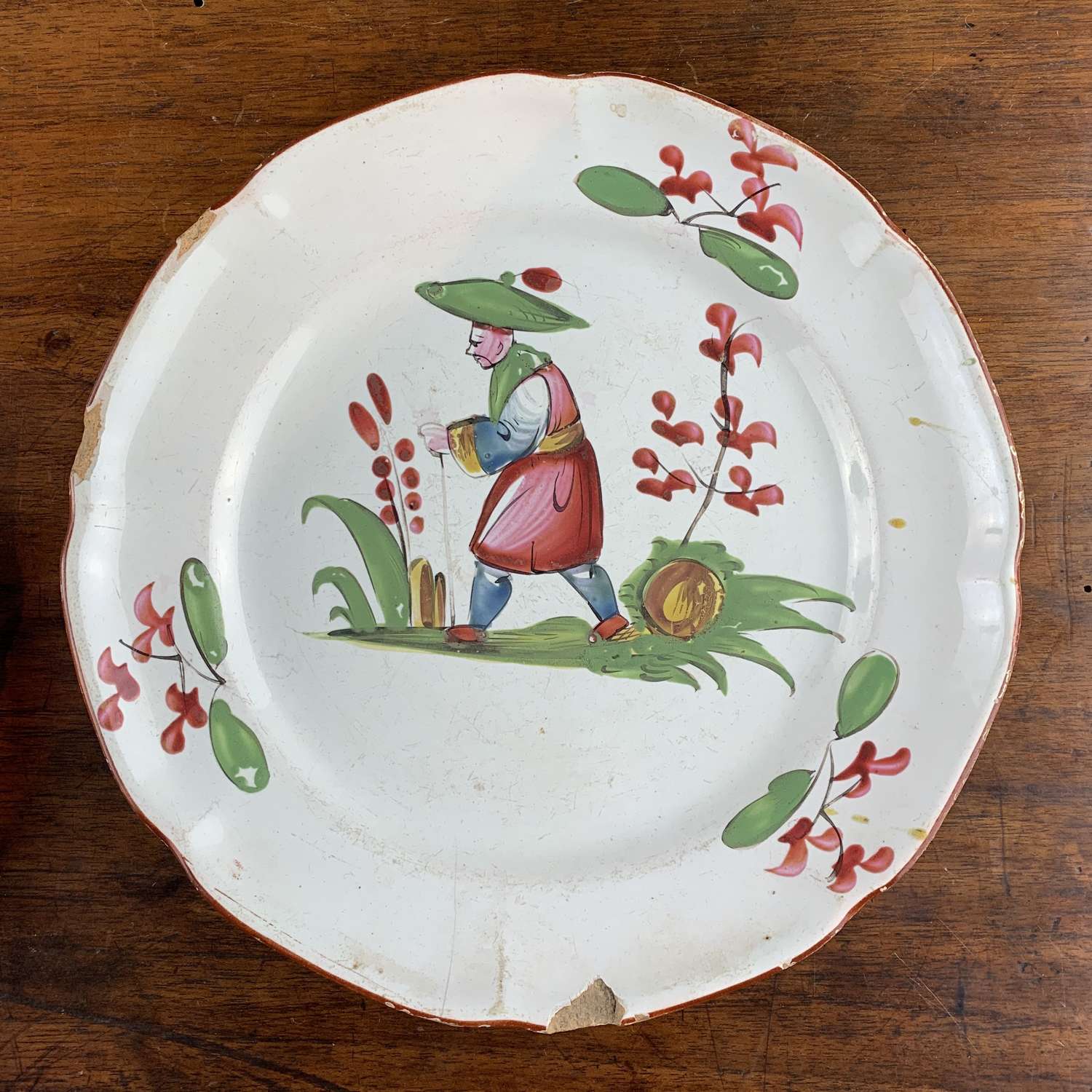 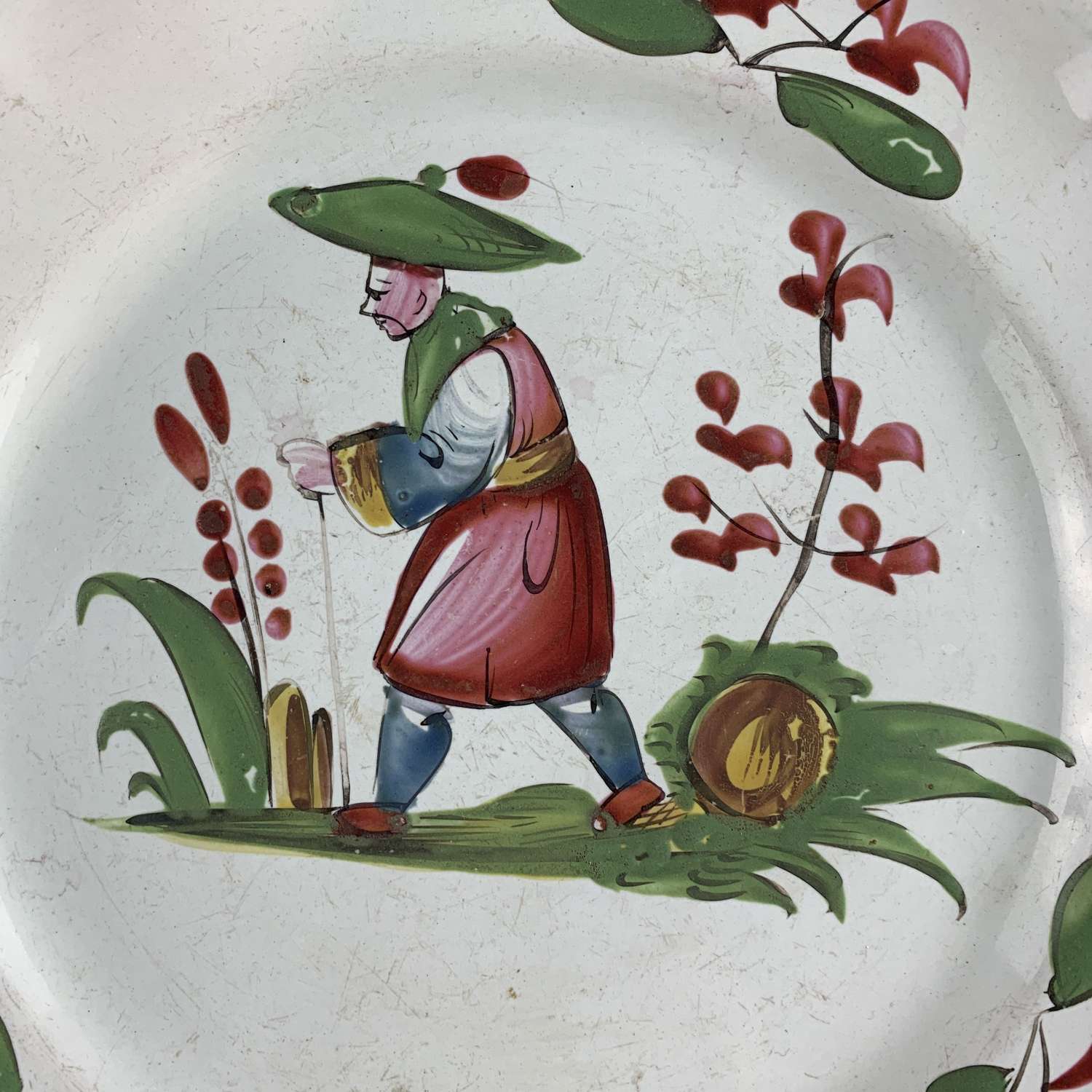 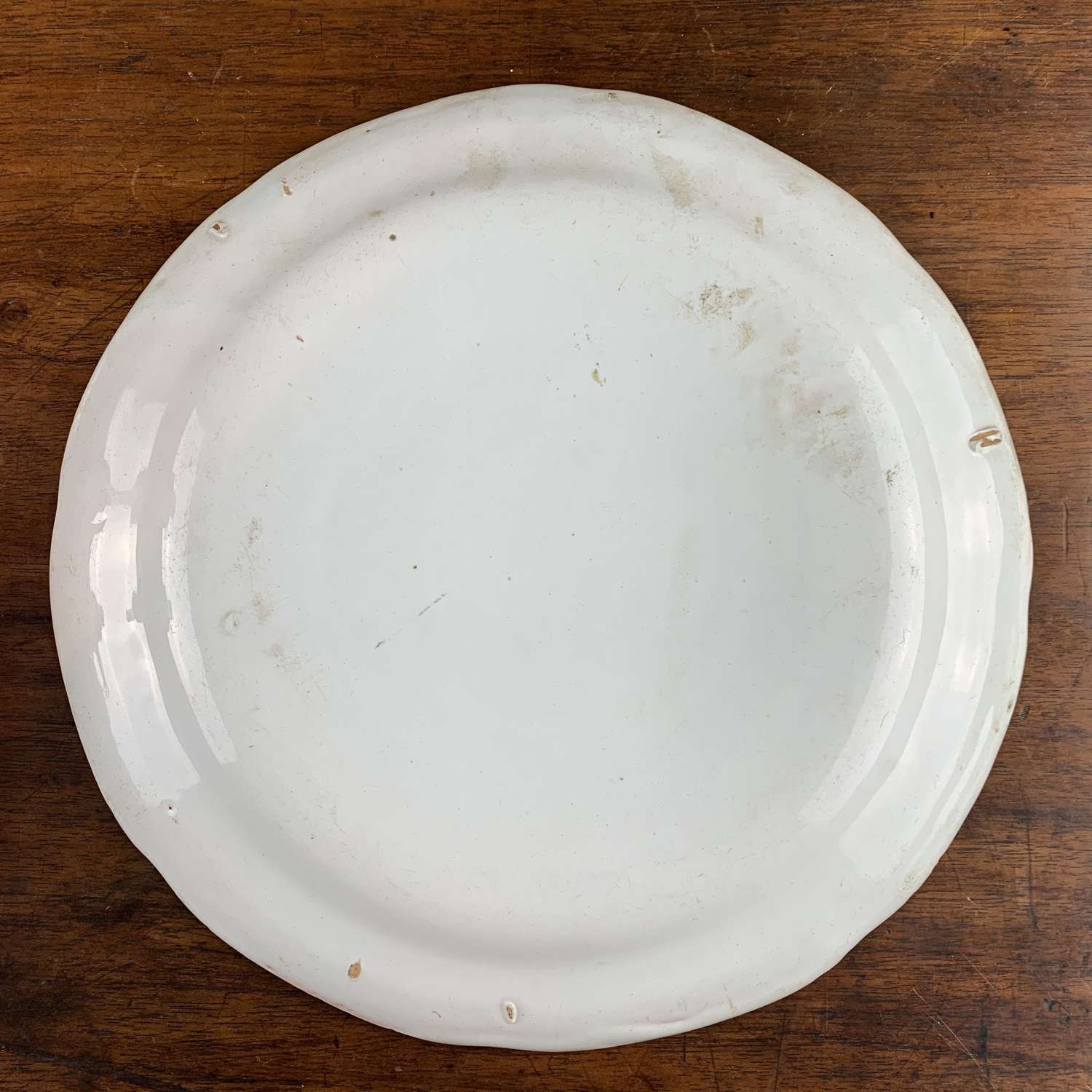