A French faience plate, early 19th century, probably from Eastern France, hand painted with a fisherman walking on a rocky verge with trees and carrying a large net over his shoulder, the banded border painted with leaves within banded borders and fluted rim.

As is common with these tin glazed plates there is some surface scratching and glaze chipping to the rim. No cracks or restoration. 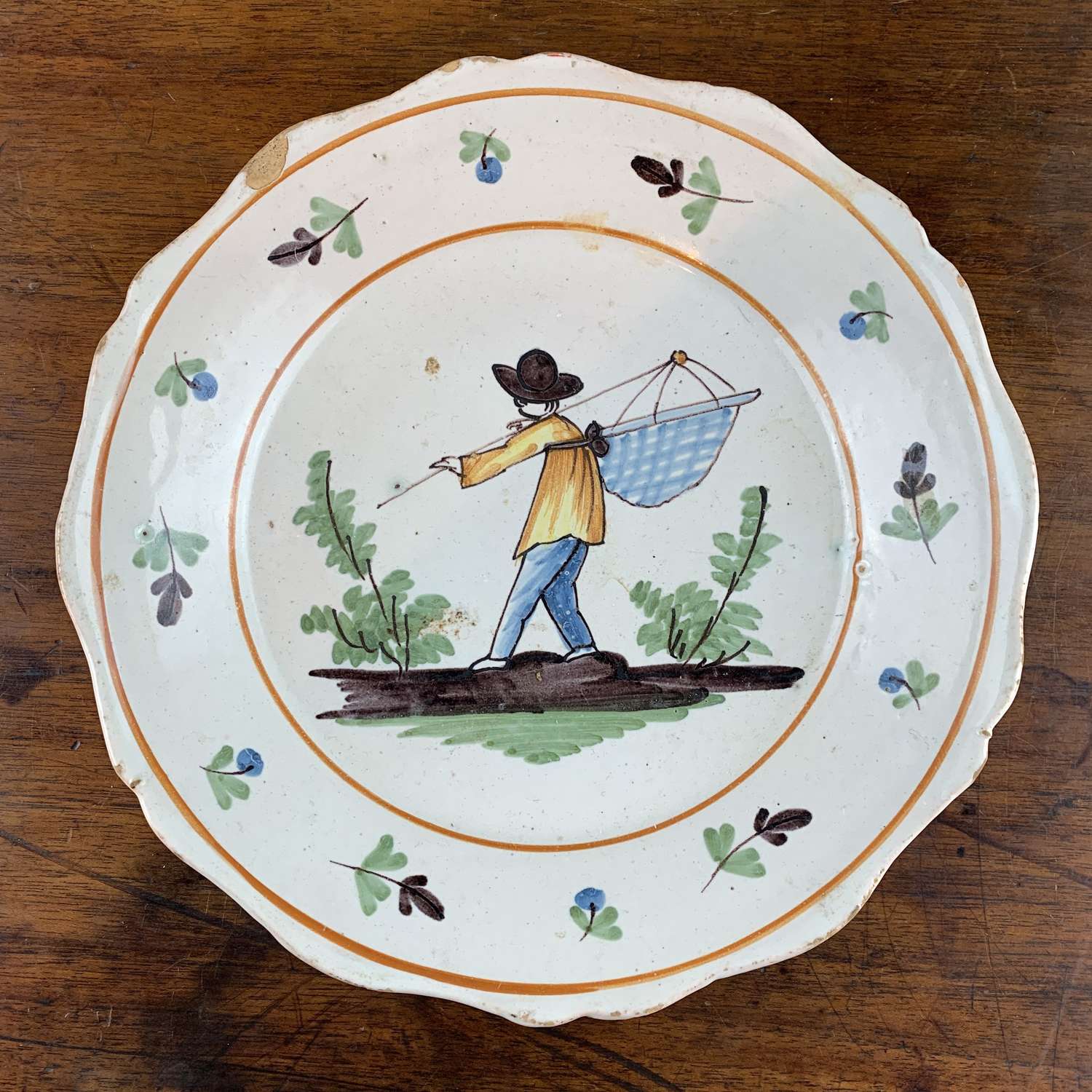 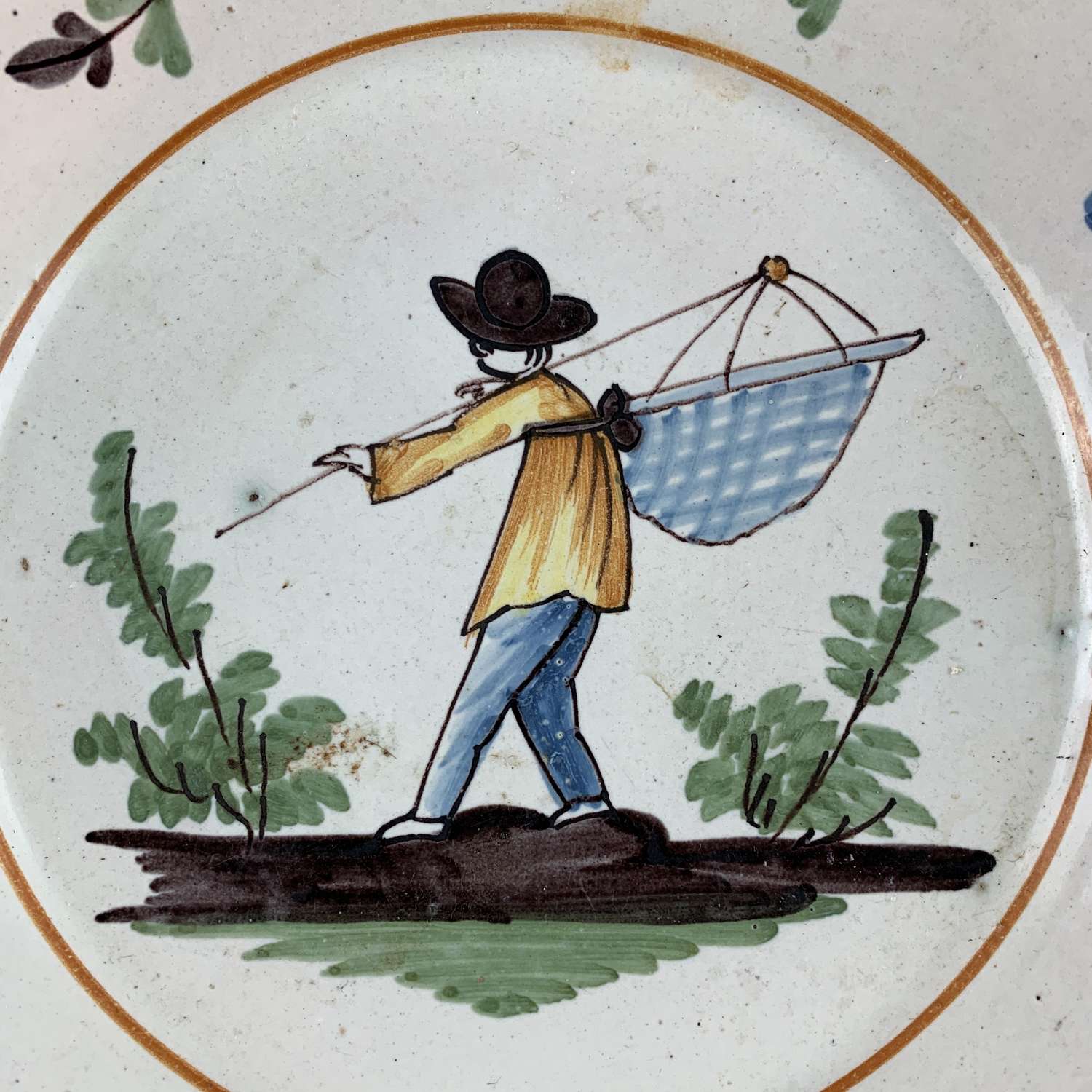 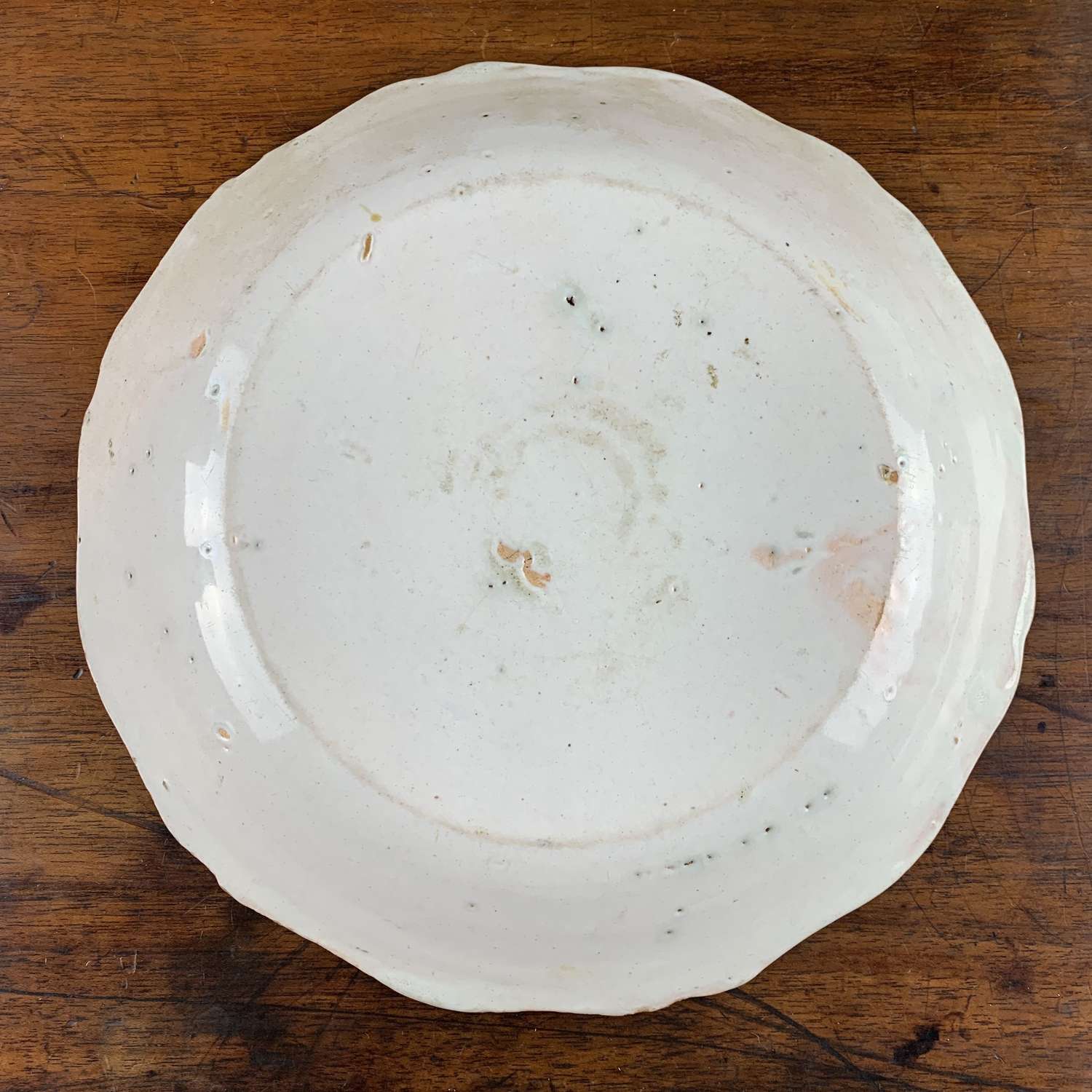